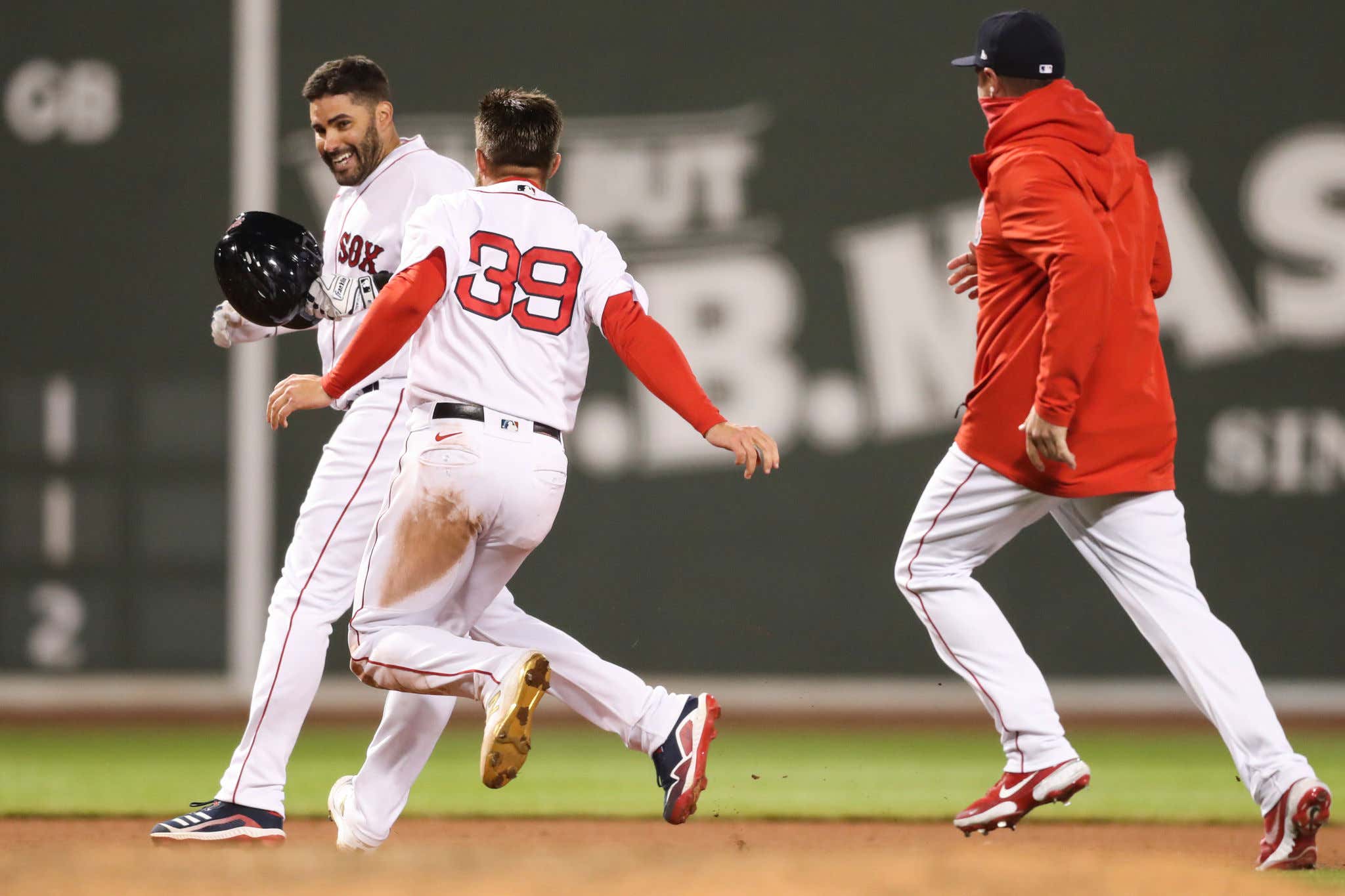 I had the most confusing boner of all-time watching this game tonight. It was up, it was down, it was up and I didn't know why, it was back down, and it was back up again. The blood flow was unhealthy to say the least.

Yeah, I love Tyler Glasnow. I do. I'm not afraid to say it, nor is that something that I've ever hidden from the world. It was a very uncomfortable feeling watching him pitch against the Red Sox. Not just pitch against the Red Sox, but kinda shove it up their ass for six innings. Glasnow allowed just four hits, one run, walked two and punched nine tickets. He actually struck out more than that, but got boned on a couple calls, including one two-strike heater at the bottom of the zone that registered at 101 on the gun to JD Martinez. He was filthy.

He might not have been blowing triple digits, but the first Perez Day was quite an enjoyable experience. The lefty went five, held the Rays to three runs, walked a couple and struck out six. I mean, you love to see that. Last year, Perez found himself in a situation where he was essentially the number two starter after guys started dropping like flies before the season even started. This year, he fits comfortably and perfectly into that number five slot. Five innings and three runs is a chef's kiss performance from your number five guy. Perez Day is a damn city-wide event. Regional, even.

The Red Sox bullpen, which was a goddamn abomination in 2020, went seven innings without allowing an earned run. Matt Barnes carried the load, going two innings with four strikeouts. Tanner Houck, who was moved to the bullpen before the game on Tuesday with Eduardo Rodriguez set to return, ended up allowing the runner that's automatically placed on second base in extra innings in the eleventh. How did they get to extra innings in the first place, though? I'm so glad you asked! Christian Vazquez hit an absolute fucking moon bomb in the bottom of the ninth to tie the game.

After Houck allowed the placed runner to score in the 11th to make it a 4-3 ballgame, Rafael Devers, who finally broke his hitless streak to start the season, drove in a run with his second knock of the night. In the top of the 12th, the Rays went back out in front in this incredibly frustrating, super annoying, back and forth battle between these two teams. It looked like the Red Sox were going to lose a real dick-kicker of a ballgame when they were down to their final strike in the bottom of the 12th. That's when Alex Verdugo got smoked by a fastball to put two runners on with two down. A wild pitch put two runners in scoring position for JD Martinez, who had some making up to do after forgetting how many outs there were in the 8th inning, getting doubled off at second base to end the inning.

As you know, JD has been one of the hottest hitters in baseball to start the season, having already doubled in a run in the aforementioned 8th inning. He's hitting .476 with a 1.522 OPS, by the way. With the count even at 1-1, JD got a slider that broke right out over the heart of the plate, drove it over Randy Arozarena's head, two runs score, ballgame over. Red Sox win. I have no idea why Arozarena was playing in so shallow when JD loves driving the ball the other way, but I ain't complaining. If my memory serves me correctly, that's JD's first walk-off hit with the Boston Red Sox. Pretty cool moment. Great win for the Red Sox.

In the series finale, we're getting Ryan Yarbrough versus Nathan Eovaldi. Yarbs went five and two thirds shutout innings with four strikeouts against the Marlins in his first start of the season, while Eovaldi went five and a third, one earned and four tickets. Should be a solid matchup for the Red Sox to go for the sweep after getting swept.