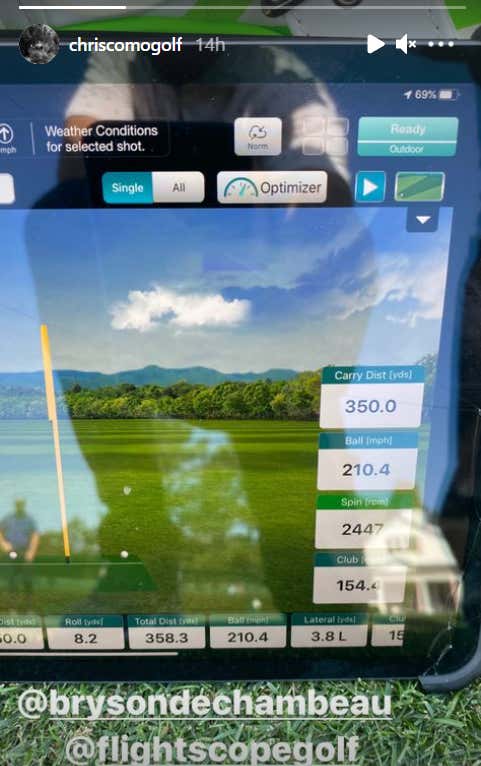 Last year we all witnessed the heavyweight battle between Augusta National and Bryson DeChambeau. It started very much like this, with Bryson nuking a ball 368 yards in the air with 200 mph ball speed and Golf Hall of Famer Nick Faldo gawking at what he was witnessing.

Now we've got Golf Hall of Famer (and noted fitness enthusiast in his own right) Vijay Singh just standing there and marveling at Bryson hit balls into obscene places on the range at Augusta. Whether it's a swing he'll ever put into play or not, watching Bryson blast tee shots into bolivian is must-see stuff whether you're a green jacket winner or just a washed up blogger like myself.

Sure, Augusta National came out the champion last year, with Bryson making the cut on the number, getting beaten by 63 year old Bernhard Langer on Saturday,  and ultimately finishing T-34. Not great for a guy who said he was looking at Augusta National as a par 67 going into the week.

So what went wrong for Bryson last year? And will he be employing a similar strategy this year?

The short answer is no. The guy's won 8 fucking times on the PGA Tour including the most recent US Open with the way he plays. It works. A lot of people act like every time he wins it's a blind squirrel finding a nut, but you don't fall backwards into that type of resume.  But you can hear all about what went wrong for him at Augusta last year and a whole lot more from the man himself by listening to this special edition Masters preview episode yours truly put together for this week on my podcast. Tons of awesome stuff in here including what Bryson would serve at a potential Masters Champions Dinner, what he wishes he was asked more about, and how he stays driven in his processes despite all the noise around him. Plus we had Baltimore Orioles pitcher Josh Rogers on to preview the Tournament as a whole, ton of awesome stuff in there too.