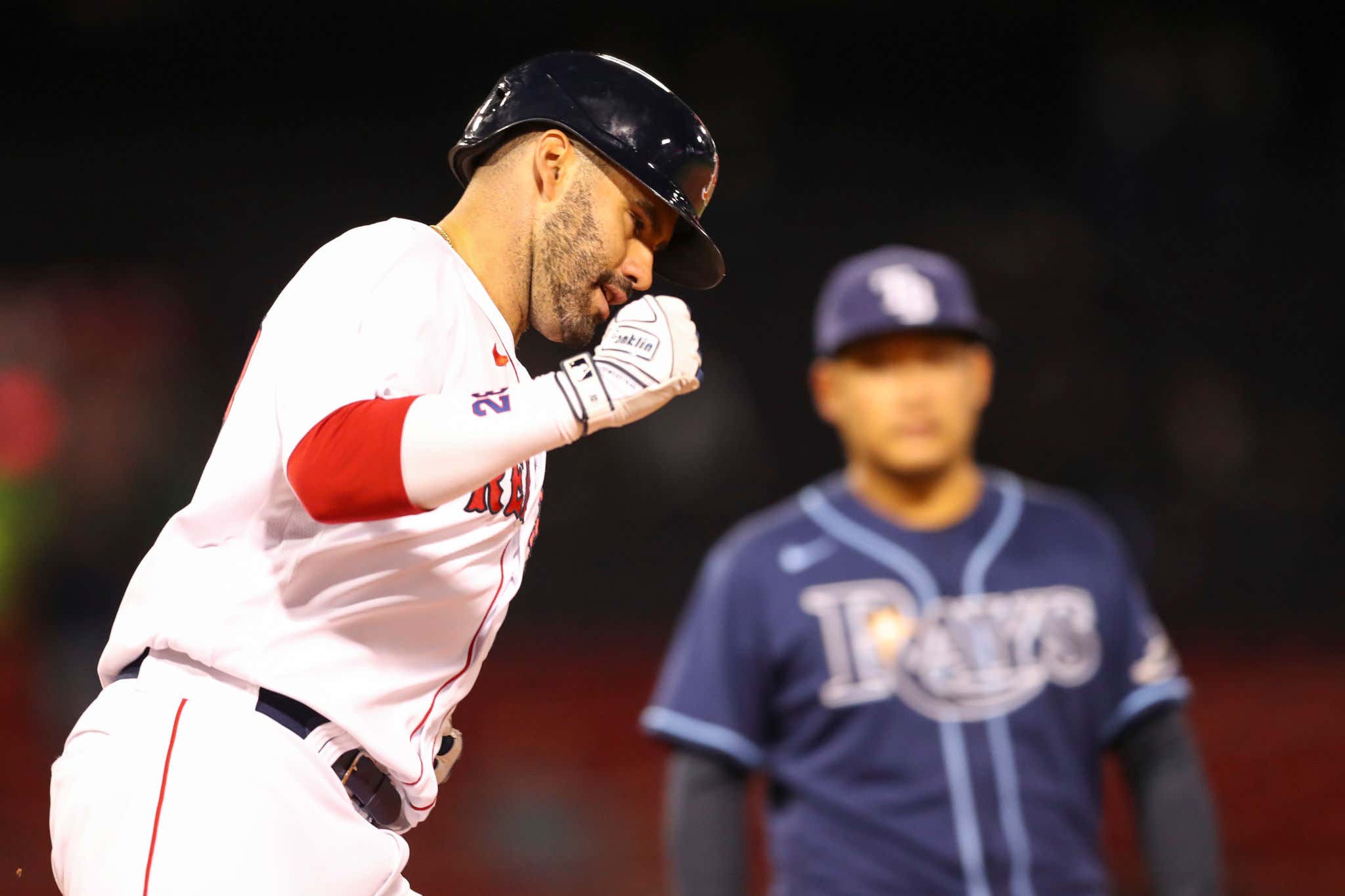 Thank you, Jesus. The Boston Red Sox have won a baseball game.

Starting off the season 0-3 was not fun. I had zero fun after waiting all offseason to see the Red Sox play baseball, to move on from the miserable 2020 season, only to see them get swept by the Baltimore Orioles to start the year. Then, to see the defending American League champion Rays next up on the schedule, I can't say that was a great feeling either. But, alas. In the series opener, the potent Red Sox offense showed up for the first time on the season and banged out 11 runs on 16 hits. Of course, that won't happen every night, but it should happen a lot. Tonight was just the first of many times we should see the Red Sox plate double digit runs.

In their offensive breakout, there were two big stars and the first one was none other than JD Martinez. The comeback tour continued on Monday night, as the DH went 2-for-3, walked twice and launched a three-run homer off the Pesky Pole. Martinez is now hitting FIVE THIRTY-THREE to start the year with a 1.722 OPS. After a slow series against Baltimore, Xander Bogaerts broke out with a four-hit night, drove in a run and scored a run. In all, there were six batters who had multi-hit games on the night. Rafael Devers was the only Red Sox starter who went hitless.

In my season preview, I highlighted Nick Pivetta as the most intriguing name in the Red Sox rotation. Pivetta was acquired from the Phillies in the Brandon Workman trade last summer, was great in two starts for Boston in 2020 and was set to make the rotation out of spring training as he was out of options. Once he came over to the Red Sox, their approach was simply to let him be him. Trust his stuff. Be the pitcher he wants to be and not the pitcher that the Phillies analytics department wanted him to be. So far, that has worked out. On Monday night, the right-hander went five innings, allowed just two hits, no runs and walked four. The walks weren't great, but that would totally be nitpicking after five shutout frames with four strikeouts.

Good game. Good effort. Feels good to win a baseball game in convincing fashion and see the offense come to life. Aside from Garrett Richards, the starting pitching has been very solid. Dare I say, it's even been good? The Red Sox will hope to keep the ball rolling on Tuesday when Martin Perez makes his first start of the season against The Sex God Tyler Glasnow who looked dominant his first time out against the Marlins on Opening Day.