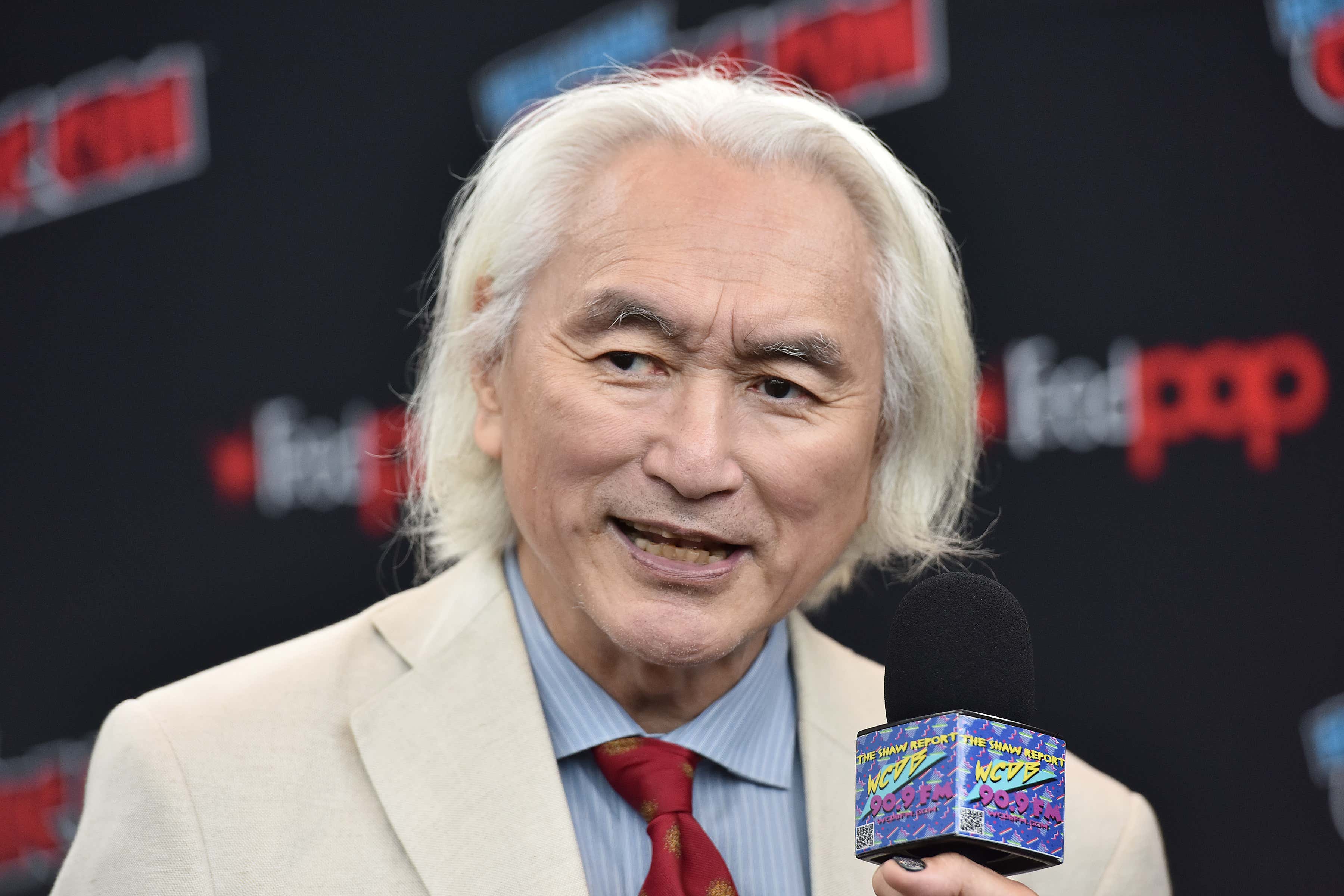 If you've ever watched a show about astrophysics, black holes, spacetime, quarks, galaxies, basically any topic that has more do to with celestial bodies than "Dancing With the Stars," then you've seen Michio Kaku. He's one of the founders of string theory and has pretty much been the go-to voice on all TV science dealing with the cosmos since Neil deGrasse Tyson started doing his own stuff.

Kaku has a new book out, and is out promoting it. And you're not going to land an interview with a guy like him and stick to mundane topics like nature of existence, the existence of a Creator or a unifying theory to explain everything. Sooner or later, you're going to going to appeal to the masses with the question on everyone's mind.

Fortunately, somebody just did:

Source - You believe that within a century we will make contact with an alien civilisation. Are you worried about what they may entail?

Soon we’ll have the Webb telescope up in orbit and we’ll have thousands of planets to look at, and that’s why I think the chances are quite high that we may make contact with an alien civilisation. There are some colleagues of mine that believe we should reach out to them. I think that’s a terrible idea. We all know what happened to Montezuma when he met Cortés in Mexico so many hundreds of years ago. Now, personally, I think that aliens out there would be friendly but we can’t gamble on it. So I think we will make contact but we should do it very carefully.

Far be it for any of us to question the wisdom of one of the world's smartest scientists. So I won't. Because why would I? I couldn't agree more with Kaku.

While we have plenty enough fiction out there where the aliens we make first contact with are like the ones in "Close Encounters" or are E.T. or Vulcans or whatever, the idea of them being Predator or looking at us as nice, warm incubators they hatch their eggs into like the xenomorphs just seems a lot more plausible to me.

But just to play the game, imagine the ones we finally do get to meet are kind and benevolent. Let's say they end up being the interstellar equivalent of the new neighbors stopping by a plate of Rice Krispie squares to welcome us to the cosmic neighborhood. Great. How long do you honestly think that'll last? How long will it take for them to get to really know us? A year? Six months? A couple of weeks? In no time at all they'll be putting up a solar system sized  stockade fence, forbidding our kids from playing with ours and having the whole galaxy over for Game Night without inviting us.

And no, you can't blame them. It would be one thing if the average human was … well, Michio Kaku. Or Neil deGrasse Tyson. It most definitely is not. Add up the human race in 2021 and divide by 7 billion and you'll find the mean is a fat, sendentary slob who, when he's not beating up prostitutes in "Grand Theft Auto V" for eight hours a day, he's getting his meals delivered, watching porn and going on Twitter to call people he never met "retards." Think of the median person in your high school graduating class and tell me you'd want a race advanced enough to master interstellar travel to meet that guy.

The only place I'll part with Kaku is when he compares us making contact with a species from an exoplanet to Montezuma meeting Cortes. Because I think he's giving us too much credit. The Aztecs at least had an impressive, thriving civilization. On the grand scale of things, meeting us would be more like meeting slightly less hairy Cro-Magnons. But instead of making spears made with stone tips and domesticating dogs, we've created "Oops! All Crunchberries" and child beauty pageants.

A few weeks of really getting to know us, and we'd be lucky to get away with just getting slapped with a restraining order by the intergalactic community. We'd probably deserve them coming back with a Death Star, reducing us to space gravel and using it to pave over Mars. In short, we suck. Since one of the world's smartest humans recognizes that, so should we all. So why don't we lay low for another millennia or two before we go announcing our presence to the universe?