I recently purchased a dresser off Amazon because the dresser I currently have was dead as a doornail. All of the handles fell off, the tracks were all bent and fucked up, chipped paint, stripped screws, the works. It had a good run though - I've had this same exact dresser since middle school and it's made it's way from my parents' house to (counts on fingers) 2 houses in college, back to my dad's (parent's got divorced in this timeframe lmfao) and 3 apartments in Chicago. He was a good lad - held my socks fantastically and perfectly concealed a box of jimmy hats and Canadian viagra (lmfao again).

The dresser probably should have died years ago, but I hung on to it as long as I possibly could have. It was time for it to go, and because it was time for the dresser to go, I knew my worst fear was about to be realized - that I would have to build something. Now, let me say this loud and clear for those of you who might not understand me - BUILDING SHIT SUCKS ASS. It's the absolute WORST thing in the world. Gotta fuck around with a bunch of screws. You lose the Allen wrench non stop. You inevitably put on a door backwards or strip a screw and fuck something up. It takes time. It's physical labor. You break a sweat. Your back kills because you have to bend over at a 90 degree angle for hours on end. Your dog keeps getting in the way. My hamstrings are fucking ROASTED today like I did a bunch of hammy curls for the first time in 10+ years. The worst part by FAR is you have to lift a bunch of heavy stuff. You ever lift something heavy? It's terrible. And not only did I have to do all of that, but guess what else I had to do? I had to move the OLD dresser out of my room and out to the dumpster!!!!

It was the single worst weekend of my entire life.

It's torcher. I am not kidding when I say this, anytime we capture Al Qaeda or Cubs fans, we should send them to Guantanamo and literally just have them build all of our dressers and desks and armoires and coffee tables and shit. That is mental torture at its finest. Fuck outta my face with waterboarding and dripping water on foreheads and shit like that.

That's all I gotta say about that.

PS here's a picture of the dresser. This thing better last the rest of my goddamn life because building shit is the absolute worst thing on the planet and I wouldn't wish it upon anybody, not even Carl. 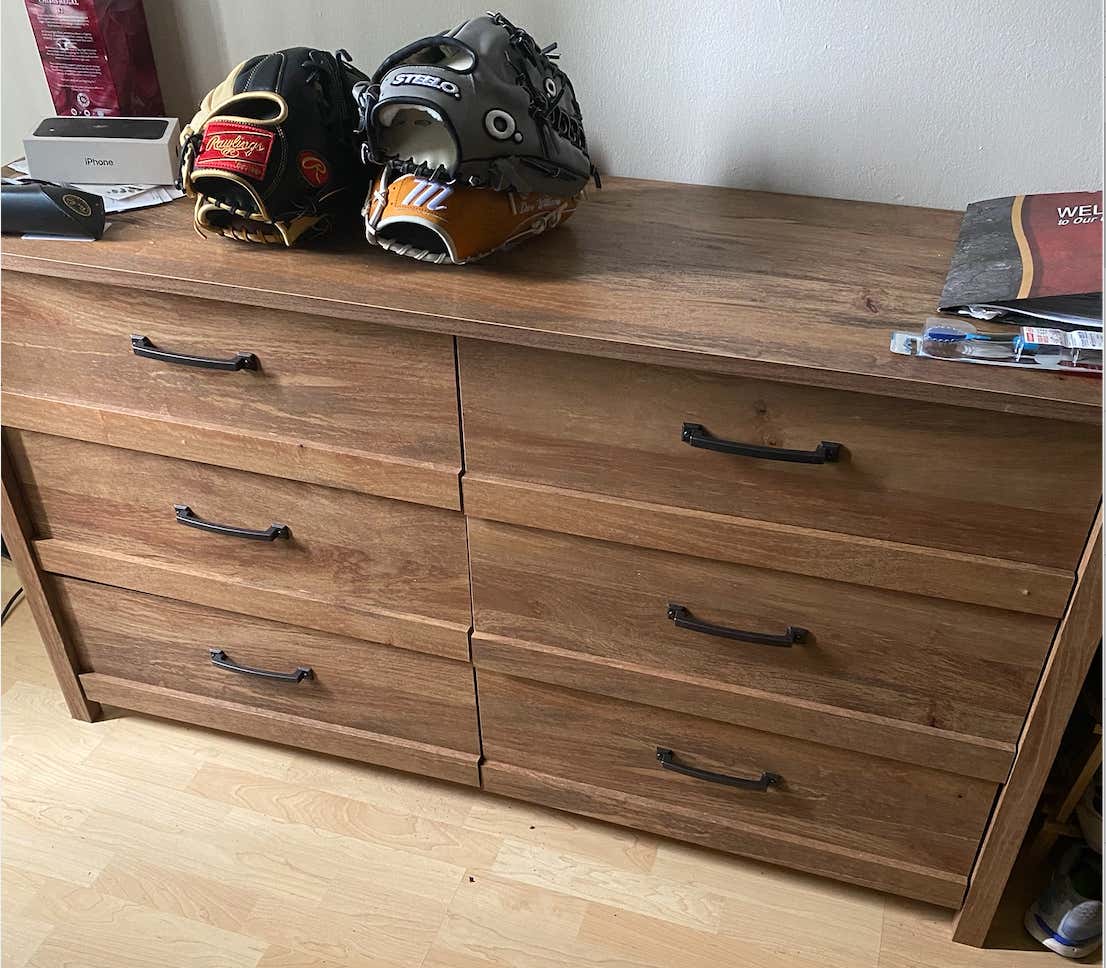 PS - Live on Twitch now come thru and talk shit