Last night, Yermin Mercedes went 5-5 with a double and 4 RBIs in his first career big league start. Now who in the fuck is Yermin Mercedes? That's an excellent question. He's not exactly a house hold name, but at the same time he's a name that White Sox fans have been clamoring for a bit for a handful of years now and we are BEYOND happy for the kid.

Here's a screen shot of his ascent to The Show: 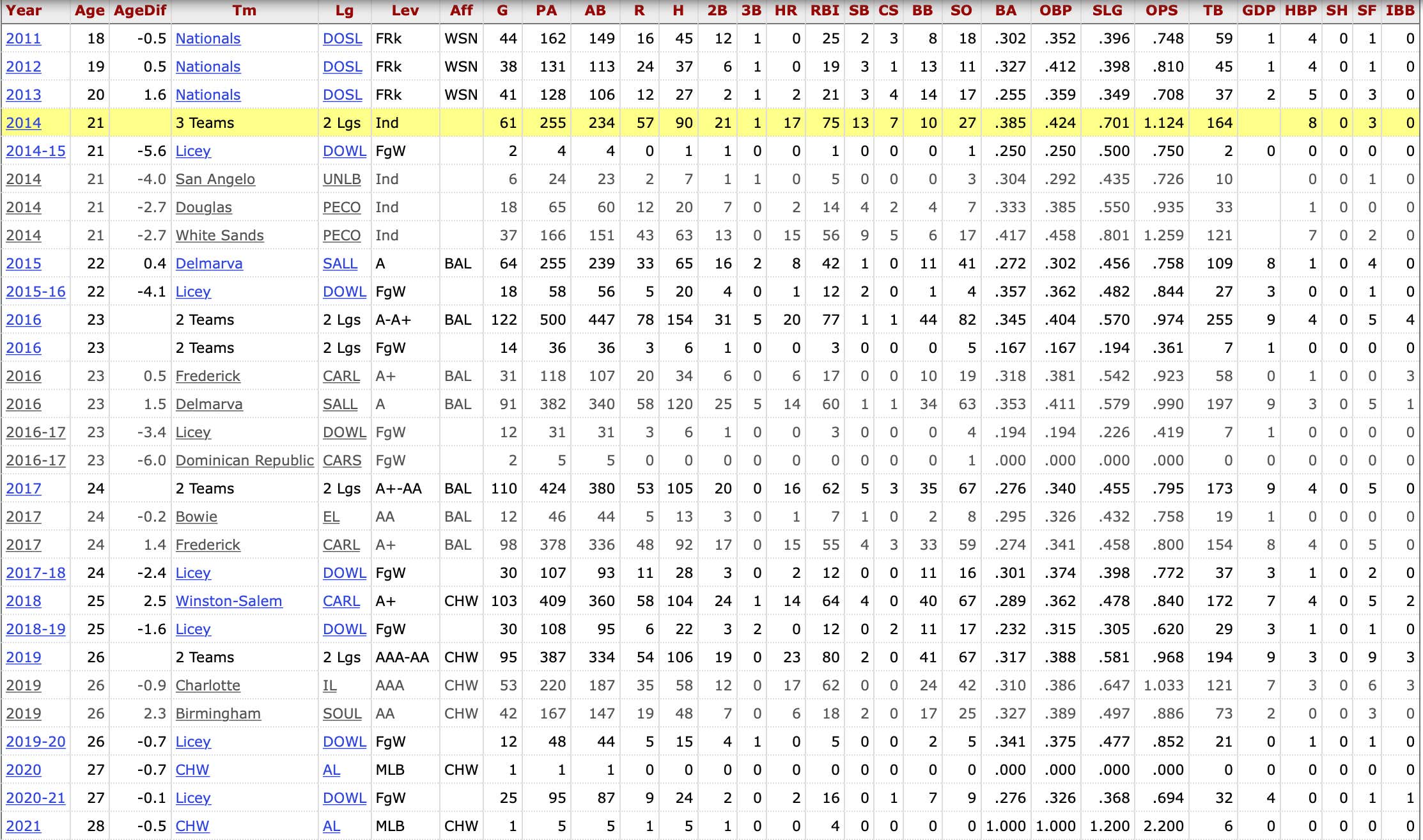 The kid bounced around from affiliated ball with the nationals, to Indy ball, to the Mexican and Dominican leagues, back to affiliated ball then scratched, clawed and hit baseballs to the moon in the upper levels of the Sox system to get to where he is now. It's a great, great feel good story. He had a ROUGH baseball life bouncing around from foster home to foster home and most people would have quit or hung em up after getting released and playing in the bowels of the professional world for as long as he did.

But a few years back, something clicked for him. Check out his numbers once the Sox plucked him in the Rule 5 draft:

Dude started raking! And he raked so much that White Sox fans have been wanting him to get his shot for a year or two now. Well… get his shot he did. He was the first player in team history to record 5 hits in his first career start and the first player to do so in the Big Leagues since 1933.

What a great ride for him. His interview after the game almost brought a goddamn tear to my eye. I don't have the full interview and don't want to get us sued so can't rip it and it's not on twitter, but the kid was on cloud 9. Thanking the whole world like he won an Oscar. Just so much genuine happiness and I hope they ride his hot hand at DH for a while to weather Eloy's absence for a while. What a great, great story.

I love this meatball