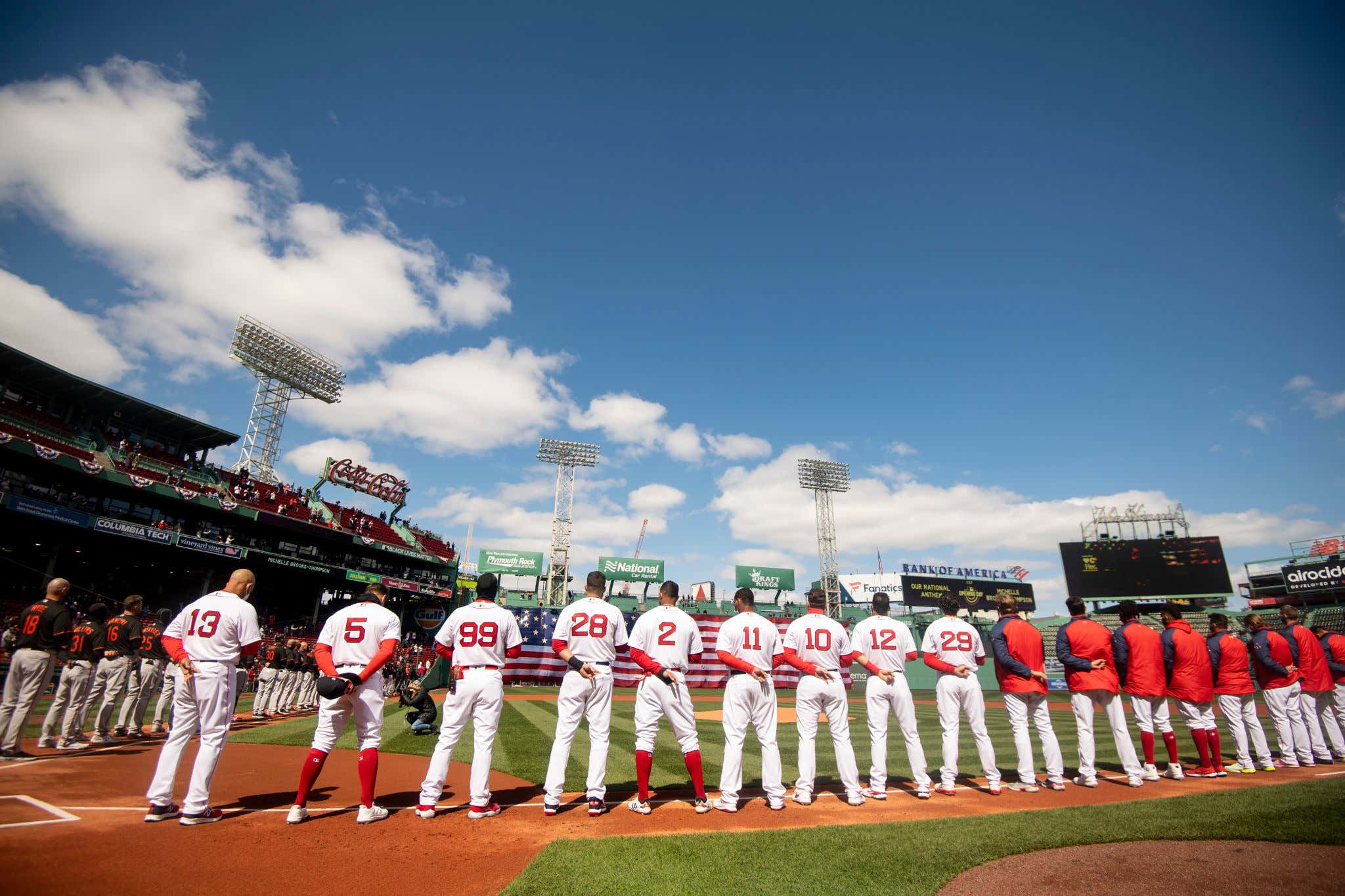 The Red Sox lost on Opening Day. They got shut out, actually. Only had two hits.

If your reaction to today's game is anything more than disappointment that expires some time just before first pitch on Saturday, then save it. I don't wanna hear it. Part of the duty of being a sports fan is to piss and moan, and I'm totally here for being bummed that Opening Day was a dud of a baseball game, but if you even dare as to take one baseball game and use it as an indication for what's to come over the next one hundred and sixty-one games, then you can take that shit to Twitter and fire those takes off into the void. Don't wanna hear it.

We can start by tipping our caps to Orioles Opening Day starter John Means. Dude was nails. Say whatever you want about the O's as a team in 2021 and their chances of being a competitive ball club, but Means is legit. He proved that on Friday, as he has done many times before against the Red Sox. The lefty went seven one-hit innings with no walks and five strikeouts against a Red Sox team that led the Grapefruit League in just about every single offensive category ever invented. Sure, it's only spring training, but are you really going to try to make an attempt to say this Red Sox offense isn't going to end up being one of the best in the American League? Spoiler alert: they will be, despite what you saw in the first game of the season.

We're not gonna sit here and dissect all of the 0-fers throughout the Red Sox lineup, of which there were many. Kiké Hernandez had a knock and JD Martinez hit a double down the left field line, which was nice to see from him. A lot of eyes will be on JD in the early going, as he tries to prove that 2020 was an aberration. JD is the prototypical chip on your shoulder type of player and when you mix that with his ability to hit a baseball, that end result is more than likely going to be satisfactory.

Nathan Eovaldi went five and a third, gave up a run, walked one and punched out four, while taking the loss. More often than not with this offense, holding a team to three runs is going to result in more wins than losses. Nate's line is about what you'd expect from him, so you're gonna take that outing ten times out of ten. Can't blame him for coming out on the losing side of things when your offense does literally nothing for you.

The big story to take out of today was that fans were finally allowed to come back to Fenway Park for the first time since 2019. If we can save the political takes for another day while talking about this, I will say that 12% capacity is too low and my hope is that Massachusetts state officials will take note of what the crowd at Fenway Park looked like on Friday and decide to allow 20% capacity or more by next month. I get wanting to be safe, but you definitely could've had more fans at the ballpark, while still staying socially distanced. Anything is better than fake crowd noise, but there were barely enough people there to pump energy into the game, not that there was much to cheer about regardless. Word on the street is that they're hoping for 75% or more by June or July, so that's great to hear if it ends up being true.

Anyway, it's one game. One loss. No big deal. Not worried about it. Get 'em tomorrow with Tanner Houck on the bump against the ghost of Matt Harvey.