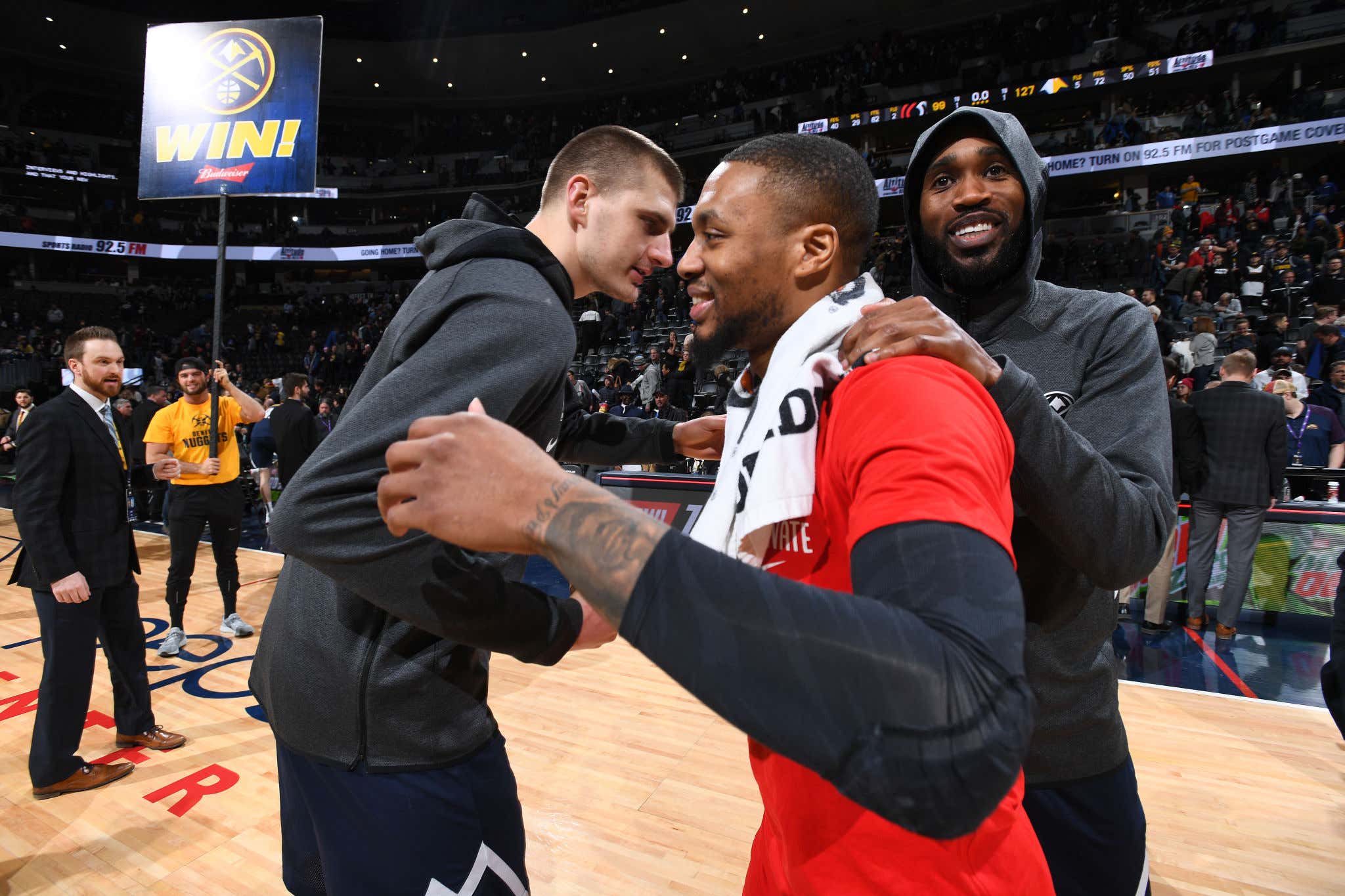 The MVP race has been wild this season. Unforunately, we've seen a couple guys who at one point or another during the year were current favorites but then had their chances wiped out due to injury. First it was Joel Embiid, who was about as dominant as a player the league had. He was the clear favorite for me early. Then there was LeBron, who partly due to narrative but also production got a lot of MVP love. Then he had his high ankle sprain and definitely is out of the running. Giannis is having another outrageous season and has stayed healthy, but you get the sense that people have voter fatigue when it comes to Giannis. I also think he gets penalized for his postseason underachievement, despite this being a regular season award.

There's James Harden, who I'm pretty sure we were all super wrong about. He's looked like a legit MVP since arriving in Brooklyn, but with how that whole situation went down I can't see it happening for him. We've also never seen a player get traded in season and then win the MVP.

Really, the only two constants who have somehow avoided injury and are now in a race to the finish like are Damian Lillard and Nikola Jokic. As you can see in the latest NBA MVP standings, they're in the top two spots

Here's where things get tricky and why this race is going to be so much fun. The Nuggets (30-18) and Blazers (29-18) are neck and neck in the Western Conference standings. This morning I talked about how I had Jokic as the current leader for me, he's been so outrageous on a team with a better record. At the same time you could absolutely talk me into Dame. What he has done while all his best teammates have been hurt doesn't exactly make a lick of sense. Both are pretty damn important to what their teams do.

It's not the end all be all, but a look at their on/off splits help tell the story

We're also talking about two of the most clutch players in the entire league. Lillard has the Blazers at 20-7 in clutch game shooting 55.9/44% for example. That's insane. At the same time, Jokic leads the NBA in win shares.

So what do you do if they end up tied in the standings? Is it as simple as the winner should be whatever team ends up having the better record? I just don't know how you choose if both keep up this level of play and their teams continue to have this same level of success over the last 25ish games. There's no wrong answer really. Both have been monsters since the start. Both have their teams poised to make a run at a top 3 seed in the West down the stretch. They've only played once so far this season with Denver winning that matchup, but should that be a deciding factor?

Could it come down to narrative? I feel like when it comes to media narrative, that might help Dame a little more. The injury thing is a big deal and can definitely be played up. Jokic is also pretty quiet. I wonder if that ends up hurting him at all.

My question to you is, if you're someone that thinks this is Jokic's award to lose, what does Dame have to do to take over the top spot? Is there anything he can do? We've had a couple of awesome MVP races in the last few years, but by all accounts the 2021 MVP race might be the best one yet.