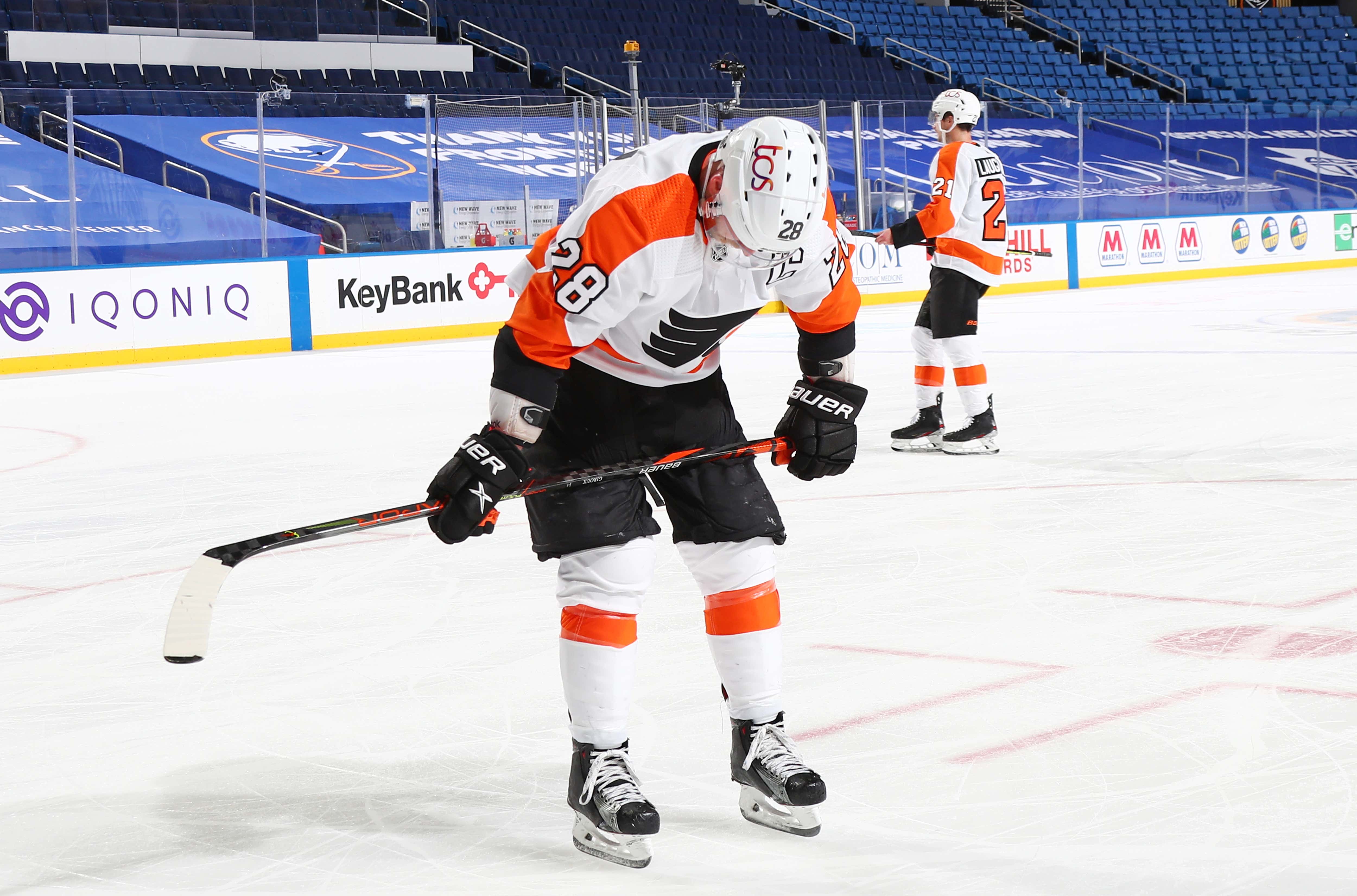 Listen. The past year has been weird for everybody. So who are we to judge anybody else for how they've dealt with life in a pandemic? For a lot of these guys in the league, they've pretty much had zero life outside of the rink. They go to practice, they go to games, they go to morning skates and film sessions. And that's about it since they can't take the risk of going out on the town and having an outbreak on the team.

So they have to find a way to spice things up a bit. Get the juices flowing again. Give them a little shot of life. And maybe…just maybe…well maybe the Flyers are into some weird shit like getting dominated. Because that's honestly the only reasonable explanation behind this piss poor pathetic stretch of hockey they just played in the month of March.

I mean look at that stat. Read it once. Read it twice. Read it a third time. It is so fucking embarrassing. The goalies suck. The defense sucks. The forwards suck. This goal from last night encapsulates it all.

Justin Braun takes a weak ass shot from the point that gets blocked. Then he can't knock Sheahan off the puck. Provorov picks up his guy but there's not a single forward getting back to take Lazar away. And then even though that's not necessarily an easy save for Brian Elliott to make, you just knew he wasn't going to come up with a big one anyway. It's just a really bad hockey team that gets dunked on constantly. And then what does the coach have to say for it?

Hilarious. I mean the balls on this guy. I get that the Flyers are a really bad hockey team right now but giving up 6+ goals in 4 games over the course of a month isn't just about being a bad team. It's about being a team that is so far beyond broken and have completely forgot how to compete. And don't even think about bringing up Monday's game as an example of the team battling. Because after going down 3-0 on Monday, this team should have been ready from the jump on Wednesday night. Instead, they went into the 1st intermission down 2-0. This team has given up, and Alain Vigneault really feels for the group. Amazing.

Again, I think maybe they just enjoy it. Maybe they get a little rush out of it. Because as much as I love Matt Niskanen, his retirement isn't nearly big enough to have this much impact on the team. Something else is going on here and I'm out of explanations.

P.S. - Solution is obviously to sell the team. The Flyers are in desperate need of an actual owner with a pulse instead of being a corporate shill of Comcast. If this team had an actual owner, heads would be rolling right now. Instead, Comcast is too busy trying to find new ways to jack up your internet bill to care about the Flyers being the biggest joke in the league.