Imagine a world where a good samaritan carrying out a deed of kindness was rewarded with a 10-minute misconduct, being ejected from the game, and potentially slapped with a $5000 fine later today. Is that a world that you could see yourself living in? Is that a world you would want to see yourself living in? Because that's where we've found ourselves as a society right now. 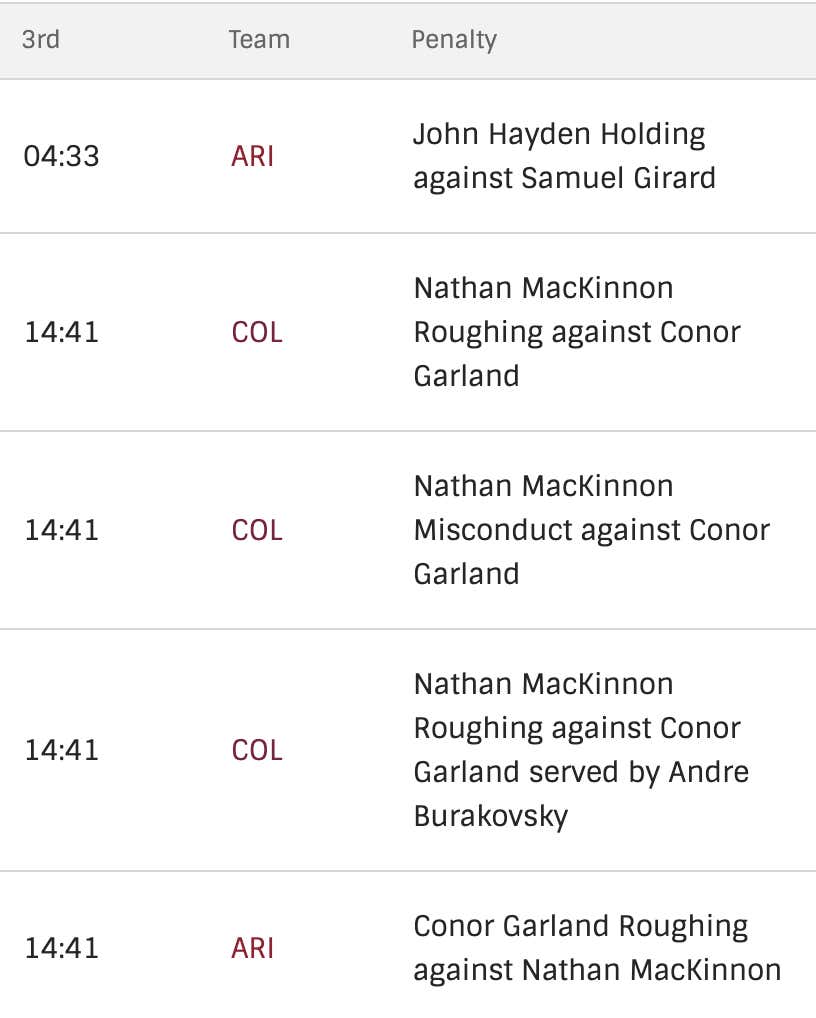 That sure seems to be a lotta paperwork for the refs to go through just for Nathan MacKinnon trying to return a CCM Tacks 910 helmet to its respective owner.

Have you seen the prices on those things? That's at least a $200 helmet before you add the price of the visor to it. I bet a helmet like that could fetch at least $350 on SidelineSwap. Nathan MacKinnon has been on CapFriendly before. He knows that Conor Garland is still on the last year of his contract making less than $1M per year. He doesn't want Garland to have to float the cash for a new bucket. And now we're penalizing MacKinnon just because Conor Garland can't catch for shit? That's some backwards ass logic if I've ever heard some.

P.S. - If you're a fan of old time hockey, then we desperately need to keep these divisions and schedules moving forward. Nothing gets the star players to turn into some greasy rats quite like having to play the same teams 8 times per season. We've got MacKinnon launching helmets at guys and then we've got McDavid launching elbows.

Boys are getting so greasy out there.