Welcome to another edition of Stool Streams presented by High Noon Hard Seltzer. Today, we have what is arguably the four best players in the office going at it inside the Triple S for some table tennis. In addition to that, our Progressive Jackpot has once again reached four figures. $1,000 is on the line via the Play Barstool app, and today could be the day you take that cash home.

Remember to make your picks to get in on the Progressive Jackpot sweepstakes. $1,000 is yours if you can successfully go 6-for-6 on the Play Barstool app.

Storylines: This is going to be a tremendous match to begin our broadcast. Hank and Frankie have only faced off twice so far, and the two split those respective meetings. Both plays like to play with power, however, the biggest similarity between the two is that they can both be affected by their mistakes. If they don't let that linger, each of their games can be taken to the next level

Quotes to Remember: "Clash of the titans when it comes to the power shots, I have to be on." - Frankie

"I think we're at very similar styles, head cases, but if we are on or game, we are good." - Hank 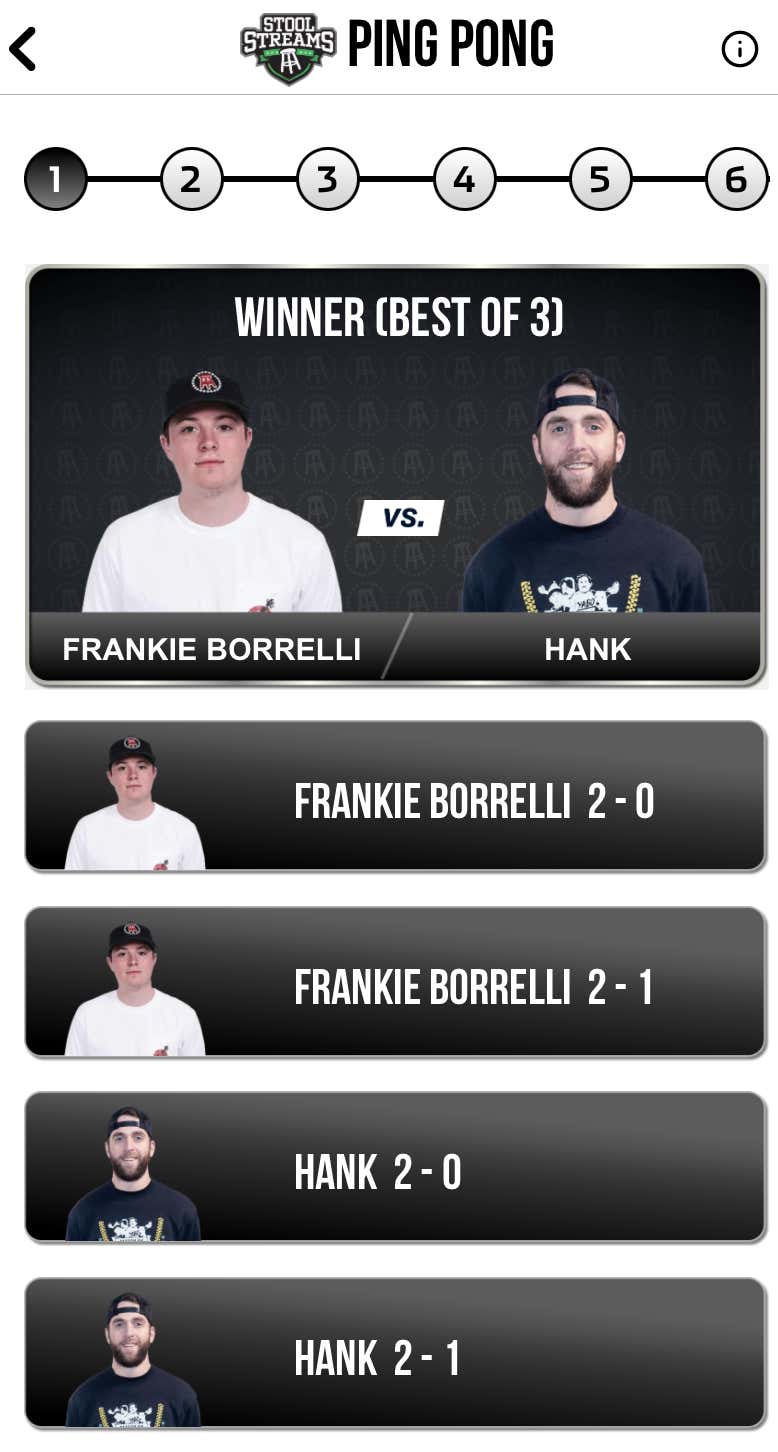 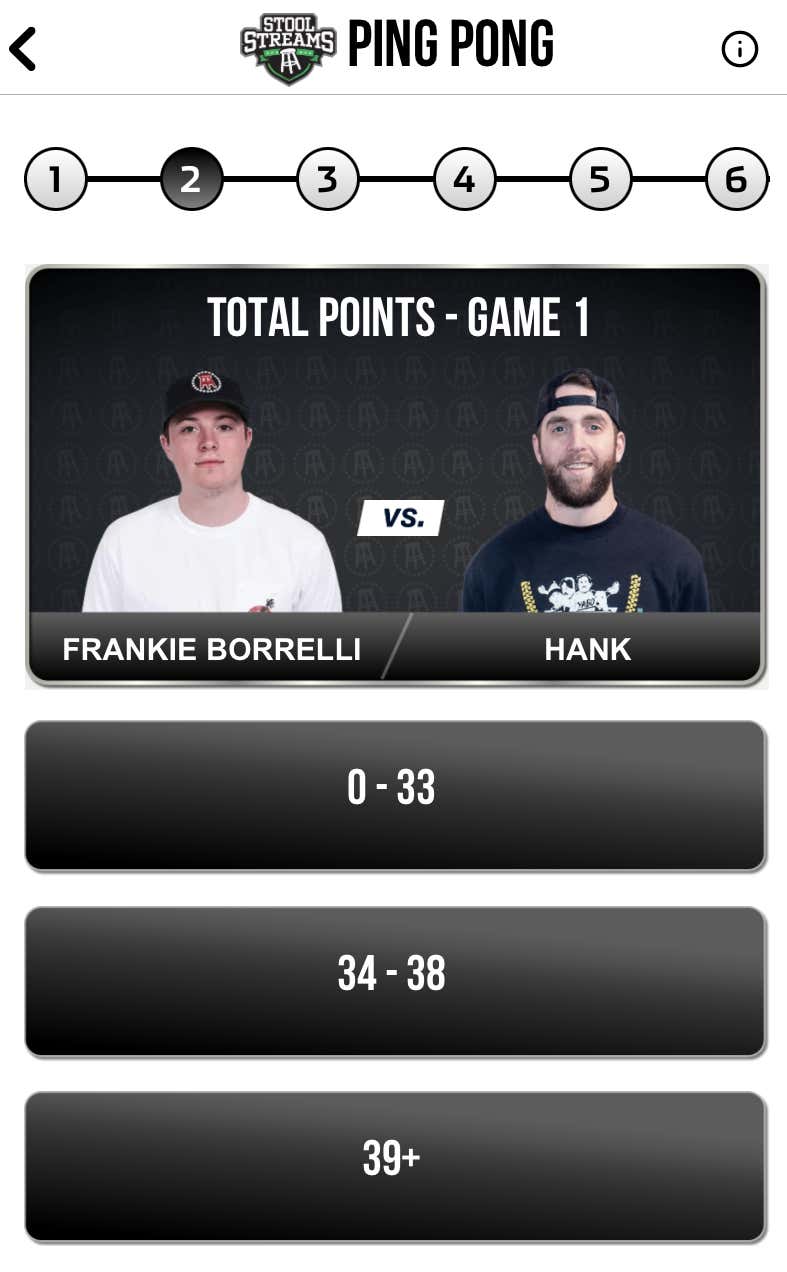 Storylines: Frankie has a doubleheader today, and the schedule does not get any easier for him (just speaking from a record perspective, of course). He is a great player and if he can keep his head in the game, he definitely has what it takes to take me down inside the Triple S today.

Quotes to Remember: "Frankie is a solid competitor and I think we share a lot of aspects in each of our games." - Jake

"I got too much in my head [last time against me.]" - Frankie 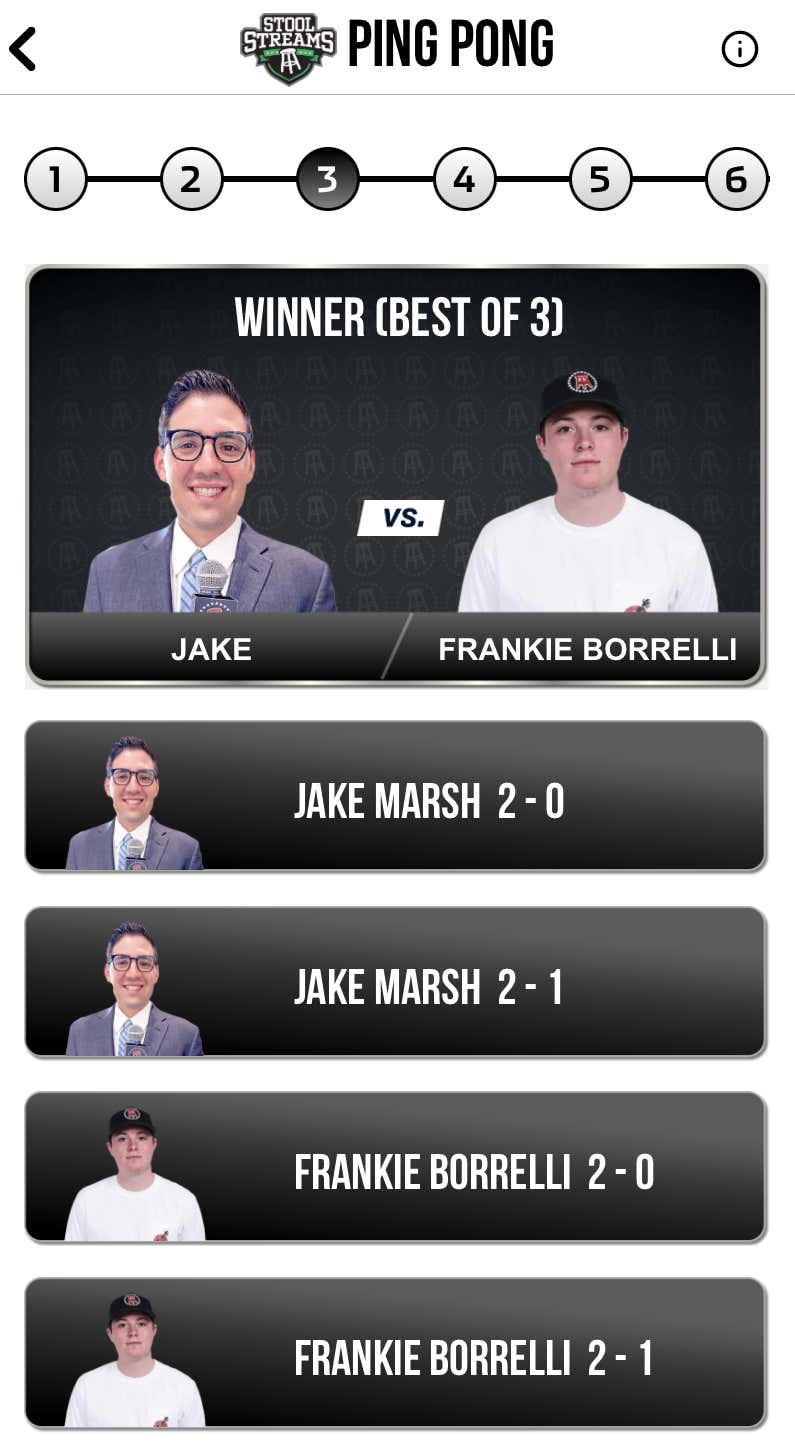 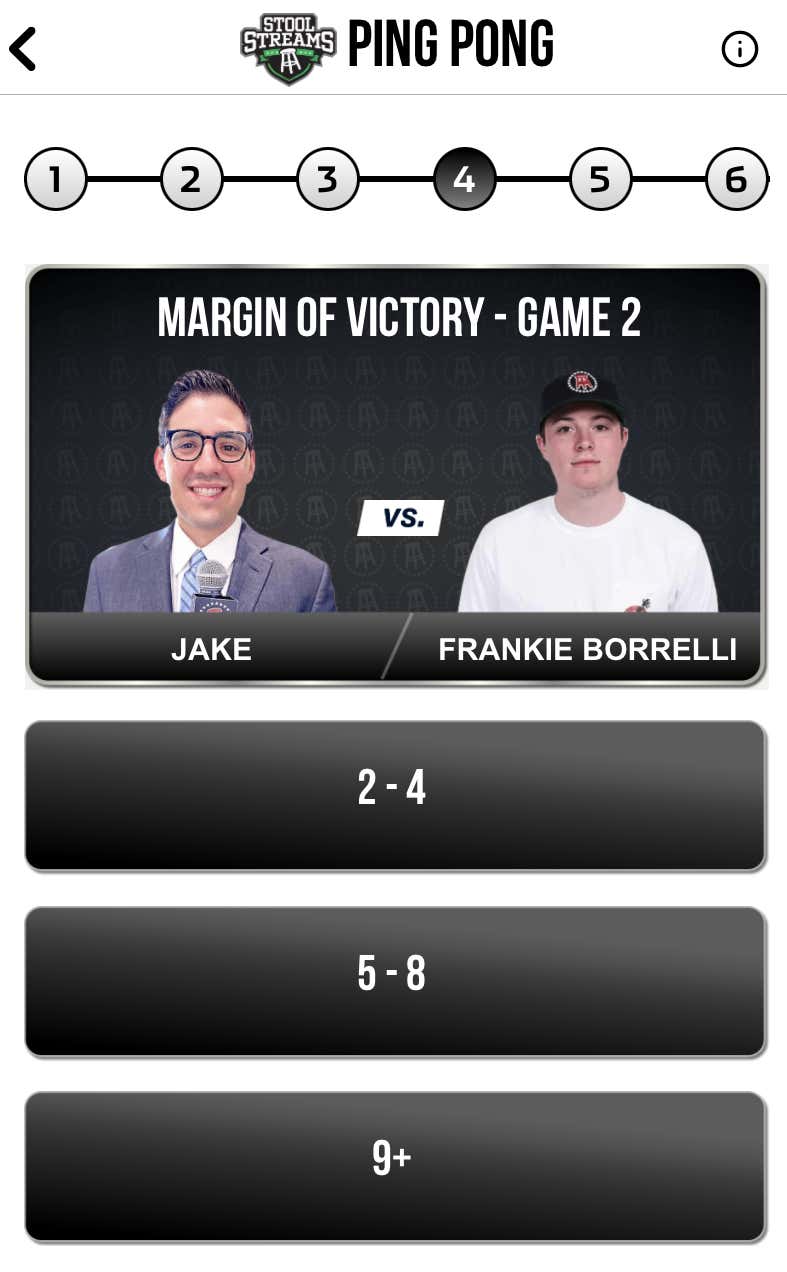 Storylines: Any time Hank and PFT clash on the ping pong table, throw out the record books. Literally anything can happen. Look no further than last week, when things got HEATED. I can only imagine what is going to happen today.

Quotes to Remember: "Its always good - like the Cowboys and Packers, good to have the foundation, and the rivalry that’s there no matter what." - Hank

"I thought it was bush league what he did last game, rivals should treat each other with more respect." - PFT 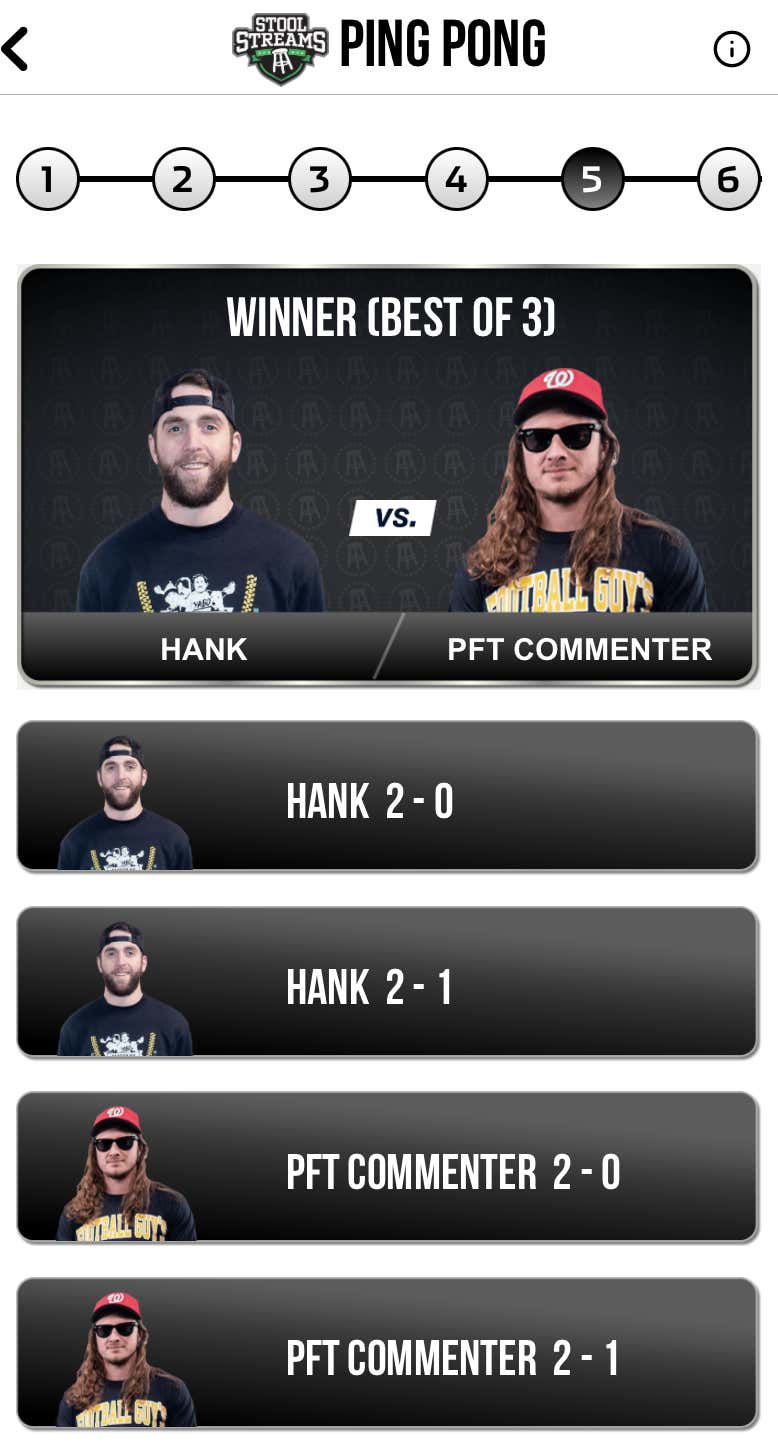 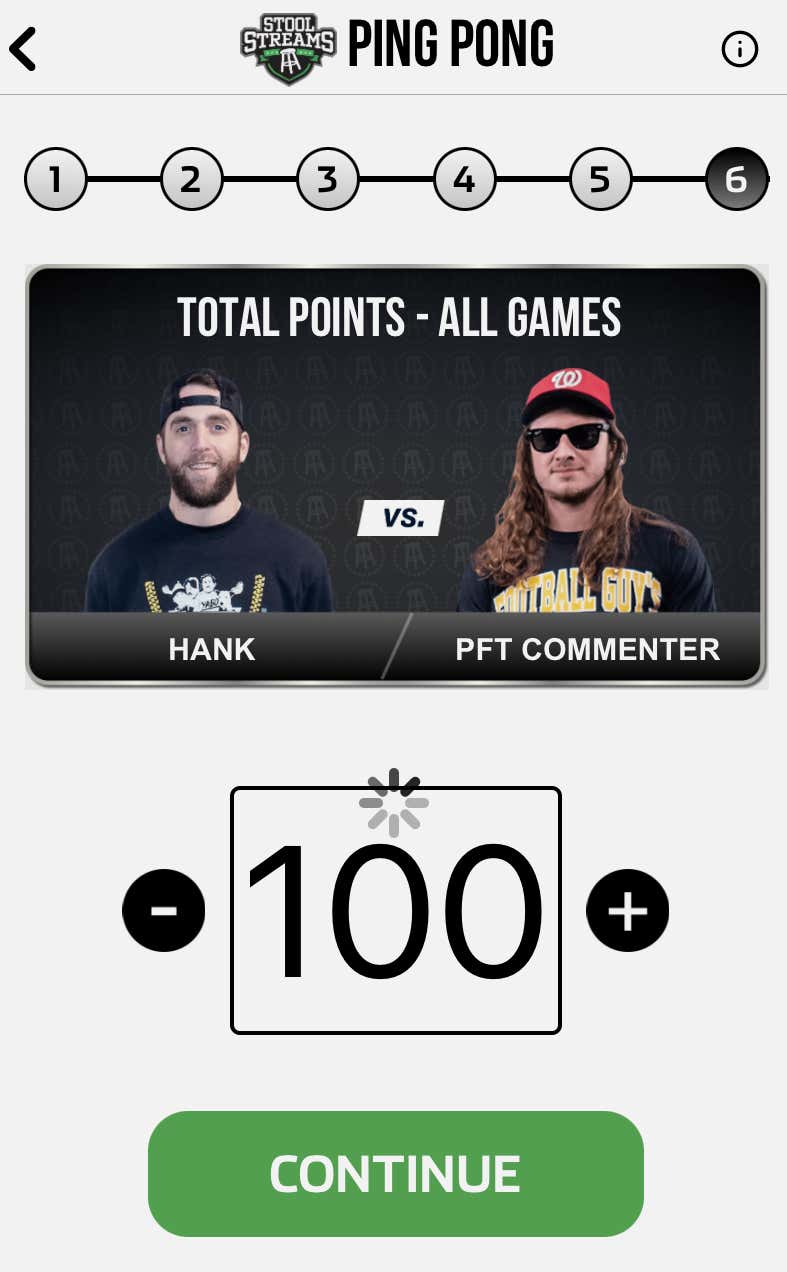