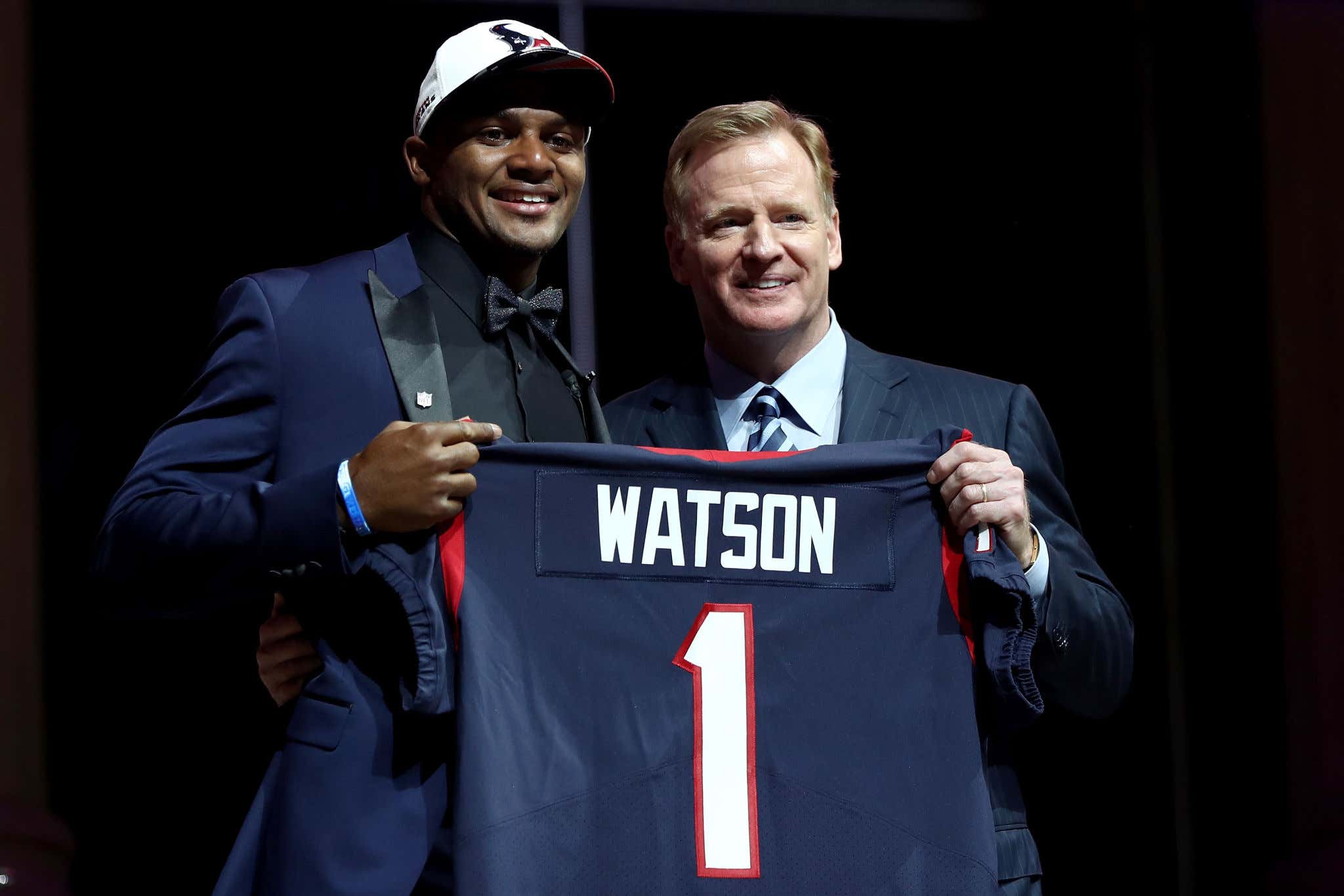 Just when you think the ongoing drama involving sexual assault allegations against Deshaun Watson can't get any more bizarre, it reaches a whole new level. It's basically becoming a true crime documentary series, playing out in real time. The kind where a case gets laid out in Episode 1 that gets you drawn in. But by Episode 5 there's been so many plot twists and strange characters added, E1 looks like the pilot of "7th Heaven" by comparison.

And no character in this saga is as surreal as the lawyer bringing the lawsuit, Tony Buzbee. I've written about him before. Back during a simpler time when he had "just" six clients, all reportedly massage therapists, alleging similar stories about Watson hiring them and then trying to force them to sexually service him against their wishes. Now Buzbee says he's up to 19 clients, all with similar accusations. While Watson's side has so far just issued a blanket statement protesting his innocence.

This is one of those moments where it's hard to even address the story without it coming across like you're making value judgments. And no matter how liberally you flavor what you say with herbs and spices like "allege" and "reportedly" and "claim," somebody is going to accuse you of either not believing almost a couple of dozen women, giving special treatment to a star athlete, or tossing an American's right to due process in the trash. You can't win.

But no matter which side you believe at this point - and no one but the plaintiffs knows for sure what the truth is - the one thing we can all agree on is that Tony Buzbee is one eccentric cat. He's run for mayor of Houston. He once paid for a billboard demanding the Texans draft Johnny Manziel. He comments on the case against Watson through Instagram. Every statement he releases is full of more first person singular pronouns than 10 Trump speeches.  And laden with irrelevant humblebrags about his time as a Recon Marine and all the lives he's made better through his courageous legal career. He comes across as one of those guys who's never told a story he was not the hero of.

Source - Attorney Tony Buzbee has said that he intends to provide evidence regarding his clients’ claims of sexual assault against Texans quarterback Deshaun Watson to the Houston Police Department. He hasn’t. In a social-media post made on Tuesday night, Buzbee explains the decision not to do so.

“Our team has been roundly criticized because these numerous brave women haven’t filed formal criminal complaints with HPD (although we have provided info to other organizations),” Buzbee said on Instagram. “Here is my worry. When I ran for Houston mayor against the CURRENT mayor, I called for the resignation of the former police chief. I was thus reluctant initially in these important cases to provide info to HPD, at least while Art Acevedo was the Police Chief — even though my brother-in-law is a long-term HPD officer. Mr. Acevedo has now left Houston for Miami. Yet, I’ve since learned that my legal opponent, Mr. Hardin, has a son who is on of the exclusive Command Staff of HPD. I am not saying in any way that Deshaun Watson’s lawyer, Mr. Hardin, has a son who has a position that would compromise HPD and its investigation. I support his service, along with all Houston police officers — I think the rank and file know that. But, I am saying that me and my clients will go elsewhere to provide our evidence to investigative authorities. Stand by."

This is the first that Buzbee has said regarding any hesitation he has when it comes to providing information to the Houston Police Department. It also seems odd to think that the authorities would disregard or overlook claims made by 19 different women based on factors other than whether the authorities believe, based on the evidence provided, that a crime has been committed. Buzbee isn’t one of the victims; he’s their lawyer. The notion that the Houston Police Department would take a dim view of his clients’ efforts to seek justice simply because of the identity of their lawyer takes cynicism to new heights. (It also suggests that the best interests of these women arguably would be better served by hiring different counsel.)

Like I said, surreal. This is straight out of a "Better Call Saul" script. "We're alleging that serious crimes have been committed but I'm not going to the police because I ran against the mayor and demanded the guy who's no longer the Police Chief to qtop being Police Chief and I don't trust the department because Watson's lawyer's son is on the department even though I do trust them and they know that so instead I'm taking my evidence to some other authorities even though I stand with the cops." Is that pretty much what he's saying? Have I got that right?

Look, I'm not going to tell attorneys how to lawyer and they won't tell me how to create brilliantly written, thought-provoking blogs. That arrangement has served the legal community and I well for a long time. And as a guy who was born in Boston and lived here when Whitey Bulger had a snitch in the FBI who was getting guys whacked for reporting crimes, I can maybe understand Buzbee's caution. But what the actual fuck is this self-serving word soup supposed to mean? How does this advocate for his clients? How are all these "I"s and "my"s and self-aggrandizing bullshit and backhanded allegations of corruption while claiming he's not alleging corruption going to serve justice for the 19 women he's claiming he represents?

It might take years, but eventually some version of the truth is going to come out of all this. The parties involved deserve it, and frankly so do we all. The public has the right to know if a high profile star is a serial sexual assaulter. But nonsensical rants from a grandstanding lawyer aren't helping to make that happen. They're only making harder. Pro Football Talk is right. These accusers need better counsel.