Mashable- You know what's never a good look? Delivering the patented Zuckerberg blank stare to questions about the well-being of kids.

Big Tech CEOs Mark Zuckerberg of Facebook, Sundar Pichai of Google, and Jack Dorsey of Twitter had to answer questions about disinformation on social media in a virtual congressional hearing Thursday. As has been the case with every other hearing, questions ran the gamut from nuanced and on-topic inquiries about the events that led up to the capitol riots, to conspiracy-theory informed accusations like how Facebook was empowering border smugglers.

Zuckerberg faced questioning from a few members of Congress about how children and teens use Facebook's platforms — Instagram in particular. Members on both sides of the aisle wanted to know what Facebook is doing to keep kids safe, safeguard their private information, and, ya know, not profit off of a potential budding social media addiction.

Kids on Instagram was a hot topic because BuzzFeed broke the news last week that the popular photo-sharing app is working on a platform for children under the age of 13. Currently, in accordance with Childhood Online Protection Act (COPA), users have to be over 13 to use Instagram.

Parents groups are concerned about the development and have been asking Facebook for a long time to do more about social media addiction, bullying, and the ways time spent on social media negatively impact mental health.

Instagram for under 13 year olds? How did nobody else think of this sooner?

Leave it to Zuck to give the world what it didn't know it needed right?

Honestly, what's the worst that could happen?

Real talk- Is there anybody more out of touch, that gives less fucks about humanity than Mark Zuckerberg?

I say without the slightest bit of hesitation, unequivocally no.

But you can't blame him.

The guy is an android.

He isn't one of us so why should he give a shit about us, our well-being, and our collective mental state?

A few months ago I blogged about The Social Dilemma and what a horror show it was.

The scariest part of the documentary wasn't necessarily the perspectives presented in it, but who was presenting them- 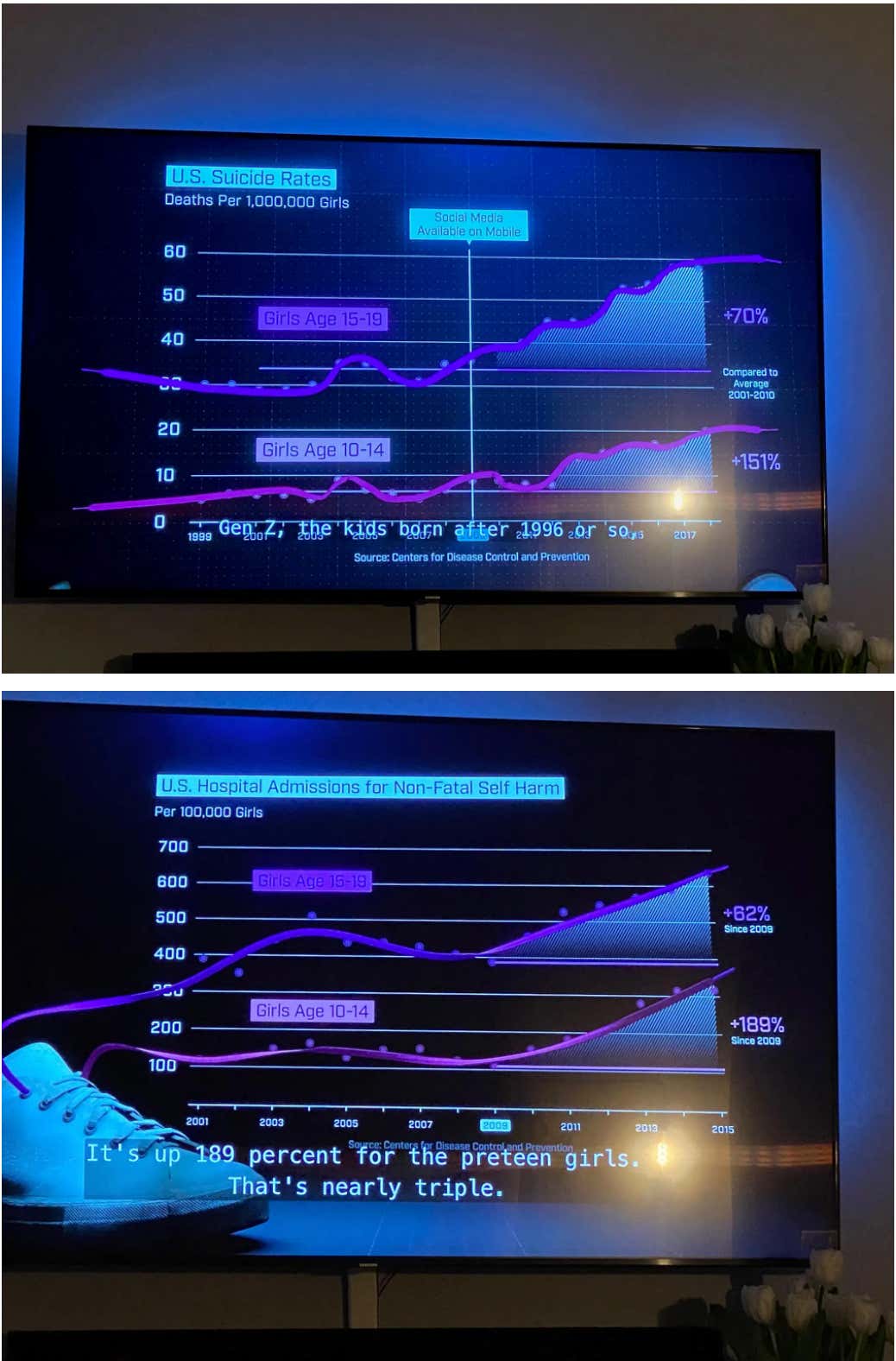 The fact that a social media platform for kids under the age of 13 is not only about to become a reality, but that somebody like Zuckerberg would envision and dream something up like this in the first place is mind-boggling. The fact that our moronic congressmen and congresswomen then postured with a hearing over this, so that down the road when this turns into the dumpster fire it inevitably will, they can point and show they did their "due diligence". And round and round we go.

Please stop this ride I want to get off.