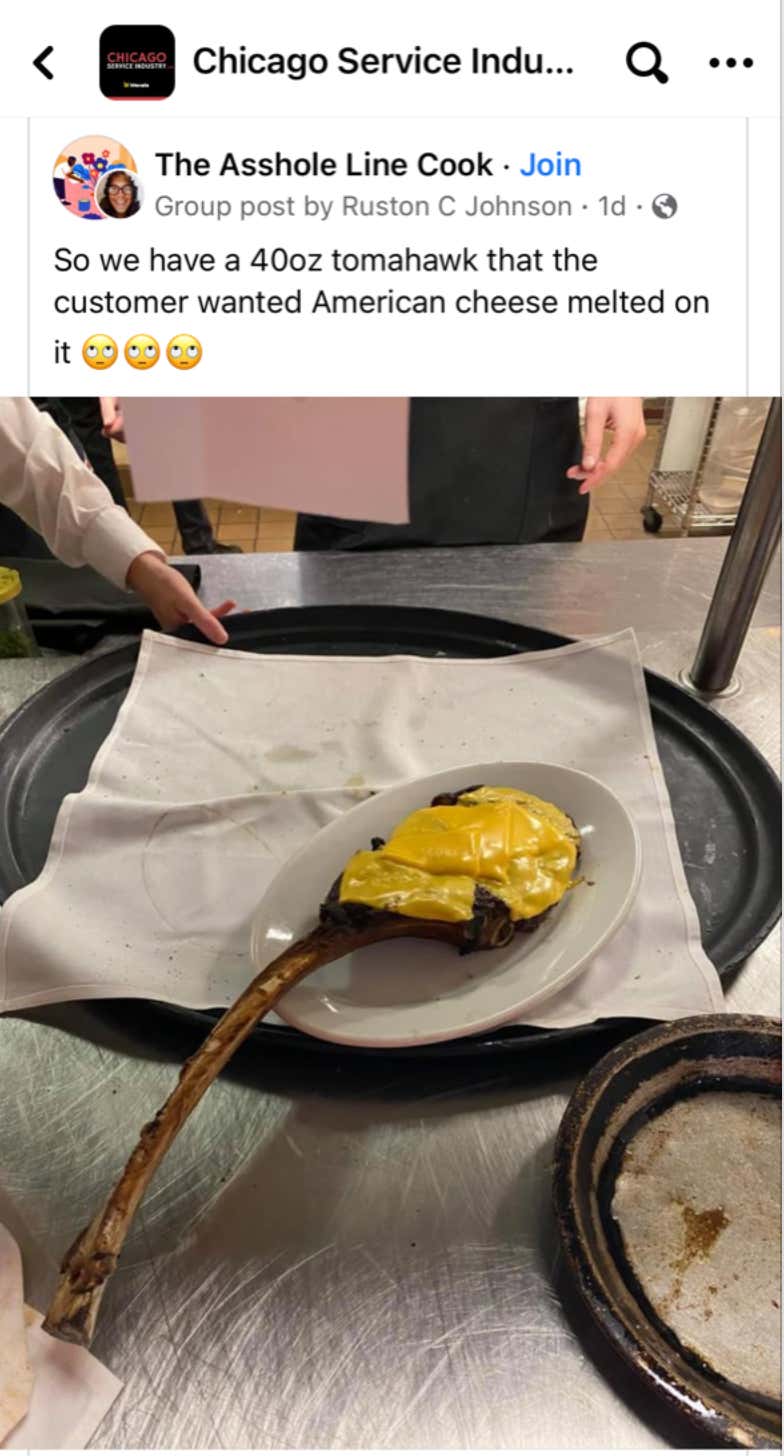 Glass half full take here, it's good to see that the stimulus checks are working!

Every now and then something crosses my the facebook feed that isn't political, a picture of a baby, or hate speech. This weekend this picture appeared in a couple of the service industry groups and set off a firestorm of takes.

(Sidebar- the amount of professional contrarians on the facebook is astounding. Literally, anything you say these people will take the counter perspective and argue you to death on it. Fucking exhausting. Where were all these people in high school for debate team?)

Lots of people shaming this order, and rightfully so, but what was even more alarming than somebody asking for sheets of kraft singles melted on an $80 steak were the people defending this.

"People that shame other people's food preferences are the worst"

Couldn't care less about this. Some people have shit taste, you can't change that. If you grow up in the sticks and chipotle is your bar for Mexican, I can't expect you to know or appreciate an authentic Pilsen Mexican restaurant menu. That's not your fault, it just is what it is.

But this is different. This is fucking one step above government cheese being melted onto the most expensive steak on the menu. (I doubt a place that would agree to do this is carrying A5…)

You have to be a psychopath, redneck, mouth breather to request this.

And you know who's worse? The manager or owner that told the customer they could do this and then told the chef to do this.

There is zero fucking chance the waiter or waitress taking this order put this ticket in without talking to their superior and letting them personally walk it into the kitchen. Nobody with a brain would send "Tomahawk, well done, + melted American" into a kitchen unless they had a death wish.

Let's just pray this doesn't become a trend or we'll be wishing for the A1 days to come back.