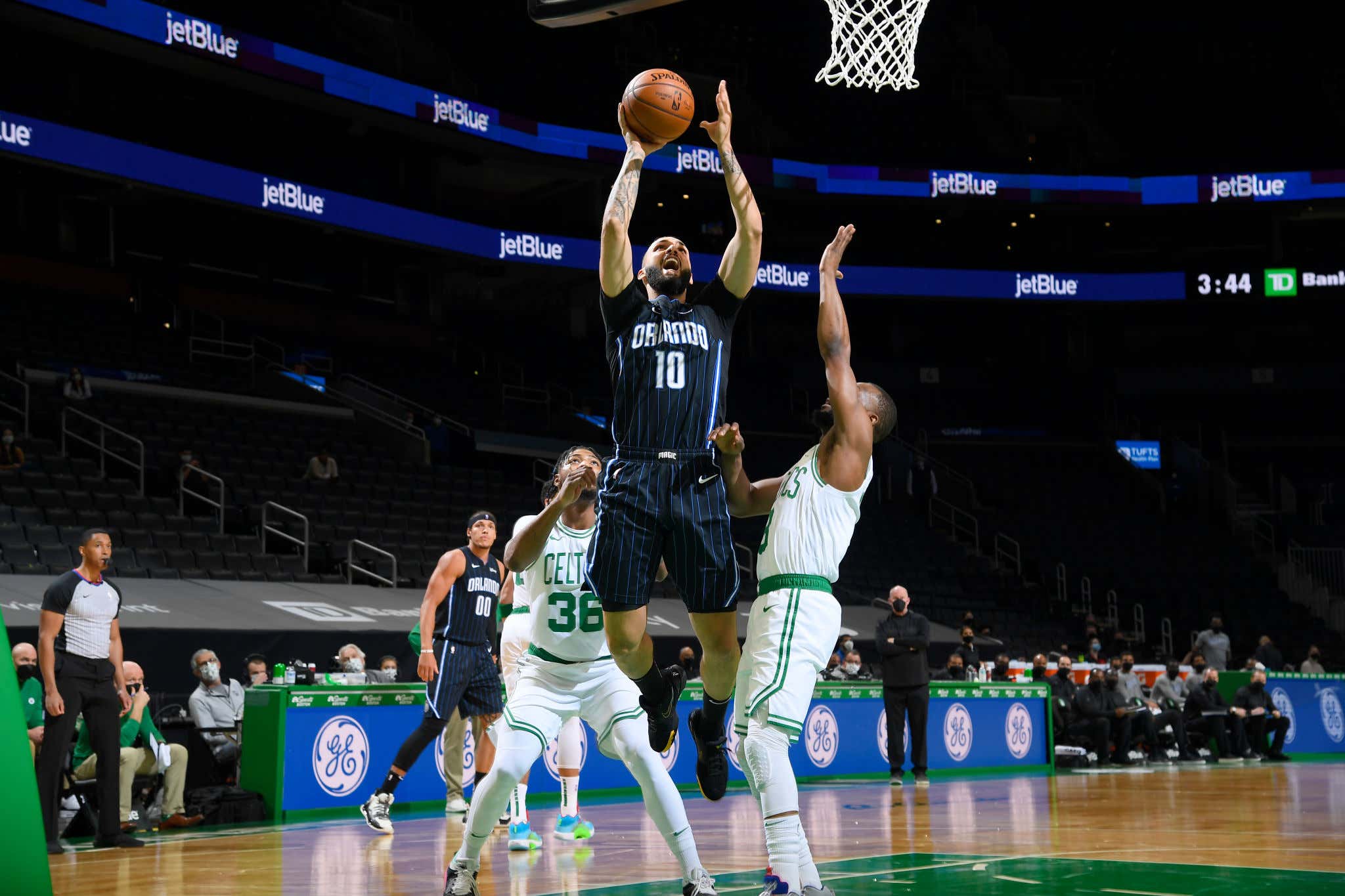 I'll be honest, I have no idea what the rules are of the health and safety protocols. No clue why some guys are in it for like 2 days and others 3 weeks. I'm not even sure Romeo is ever going to get out of it. Not sure why Thompson suddenly went into it and hasn't been seen since. I guess maybe they tested positive or something and the team just hasn't told us because of HIPPA? Who knows.

And while it's disappointing that Jaylen is out tonight, I think we are all excited not just for the team to be back in the Garden with fans, but also that Evan Fournier is going to make his Celtics debut. Like I just said, you could have told me he would be in those protocols for the next 3 weeks and I would believe you. My guess is he'll slide into Jaylen's spot in the starting lineup and while my expectations are still on this planet since I doubt he's even practiced all that much, here's what I want to see.

- Fournier as a playmaker/primary point guard for stretches

- Is his defense maybe a little better than I remember?

In theory, he fits so much of what this team needs. Consistent veteran NBA scoring, additional playmaking, lineup versatility, I cannot wait to see how he fits.

So the next step naturally is to jack ourselves up the only way we know how. That's right, it's highlight video time