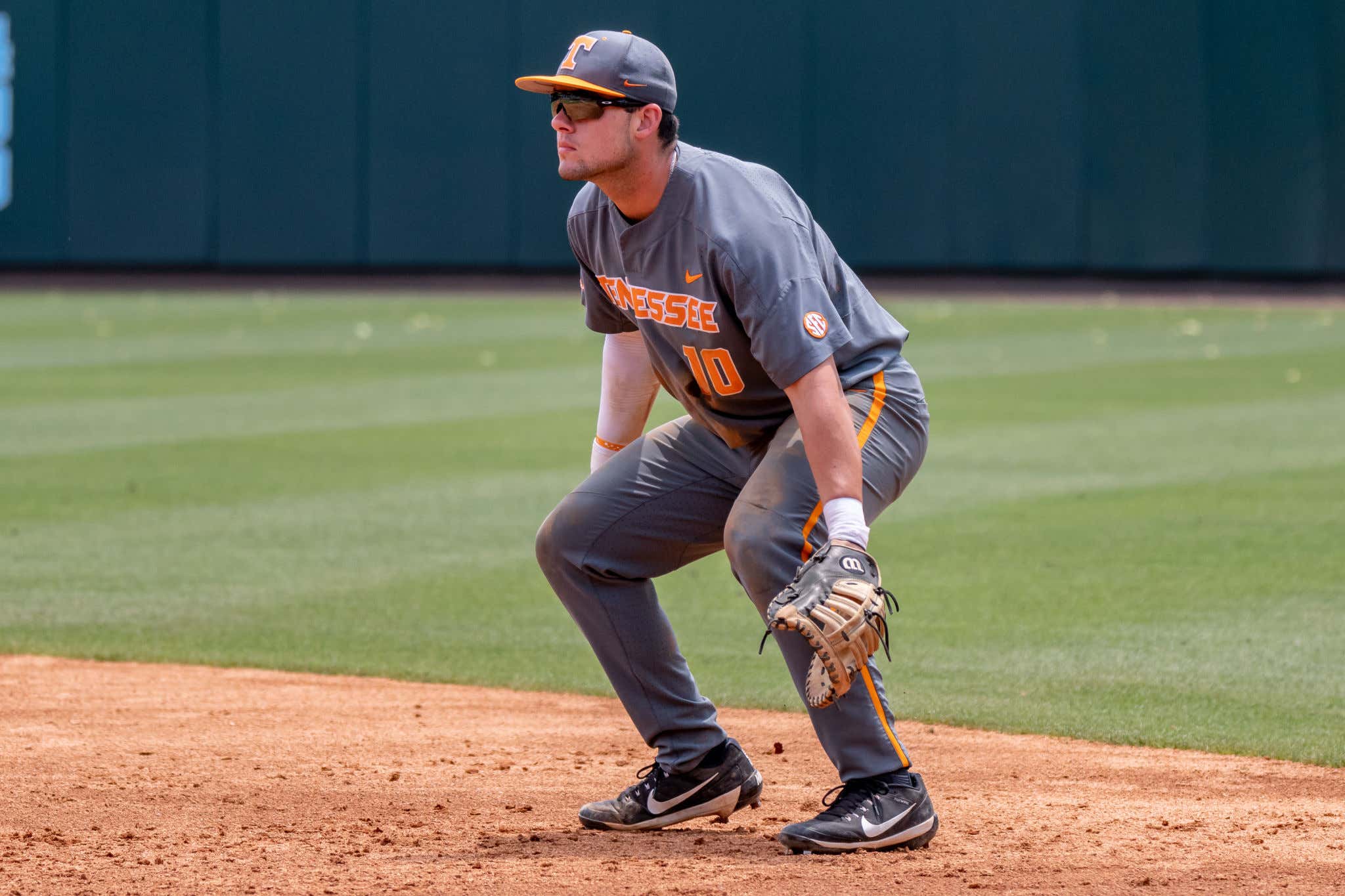 Damn, I love college baseball. We just had the best weekend of the season so far, with Tennessee and South Carolina proving that the SEC is going to be an even bigger monster than we originally thought, Arkansas going on the road and punking Mississippi State and Jack Leiter once again showing why he should be the No. 1 overall pick in the upcoming MLB Draft.

Here are the top stories from the week:

Everyone knew coming into the season how elite the top of the SEC was going to be with Vanderbilt, Arkansas, Ole Miss, Mississippi State and Florida all national title contenders. But with the emergence of Tennessee and South Carolina as legitimate Omaha threats as well, this league is possibly as deep as we've ever seen it.

Tennessee welcomed then-No. 22 LSU to Knoxville for arguably the biggest series of the Tony Vitello era so far and all the Vols did was grind out two walk-off wins en route to a three-game sweep to improve to 21-4 on the year and 5-1 in the SEC. The Vols are now ranked No. 9 in the D1Baseball poll and look like a viable threat to not only host a regional, but possibly a super regional, as well.

And not to be outdone in the SEC East race, South Carolina sent preseason No. 1 Florida back to Gainesville without a win in the teams' three-game set. The Gamecocks put up 21 runs over the weekend and look like they could be right there with the Vols and Gators vying for that second spot in the East behind Vandy.

No. 2 Arkansas Gives It to No. 3 Mississippi State

In what was supposed to be the series of the weekend, Arkansas marched right into Starkville and put it on Mississippi State. The Razorbacks won two of the three games by six runs and certainly looked like a national championship-caliber team throughout the weekend. Unfortunately, we won't get to see the Hogs take on Vanderbilt until at least the SEC Tournament, but something tells me those teams are on a collision course for more than one meeting in the postseason.

I don't even know what you can say about this guy anymore. Coming off a no-hitter in his first career SEC start, Jack Leiter threw another casual seven no-hit innings with 10 strikeouts before he was pulled due to being on one day shorter rest than usual and throwing a lot of pitches in those two games.

And I absolutely understand saving your incredibly talented arm for the rest of the season and not wanting anything to happen, but when you've thrown 16 consecutive no-hit innings in your first two SEC starts, you have to let him go for the back-to-back no-hitters. I would say it's unlikely he'll ever get a chance to do that again, but we've literally never seen an SEC batter get a hit off him. So maybe he'll do it in his next two starts. Nothing would surprise me with this guy anymore.

In Tennessee's second of three wins over LSU, outfielder Evan Russell hit three home runs, two of them off soon-to-be Top 10 pick Jaden Hill. And the Vols needed each one of them from Russell, as UT won 9-8 in 11 innings.

In South Carolina's 14-inning thriller with Florida on Friday night, Brady Allen saved the game in the 8th inning with one of the best catches you'll see in the country this season. If he doesn't catch that ball, UF's runner from first scores and maybe the entire weekend goes differently after a Gators win to open the series.

Uniform of the Week: TCU

Is this kind of a ripoff of the Minnesota Twins' logo? Sure. Does it look amazing in purple on a cream uni? Absolutely.

There's nothing better going right now than the Home Run Hammer at Virginia Tech, but this Coastal celebration is right up there. I need these guys to do a new one after every dub, because they've got a nice swagger to them.