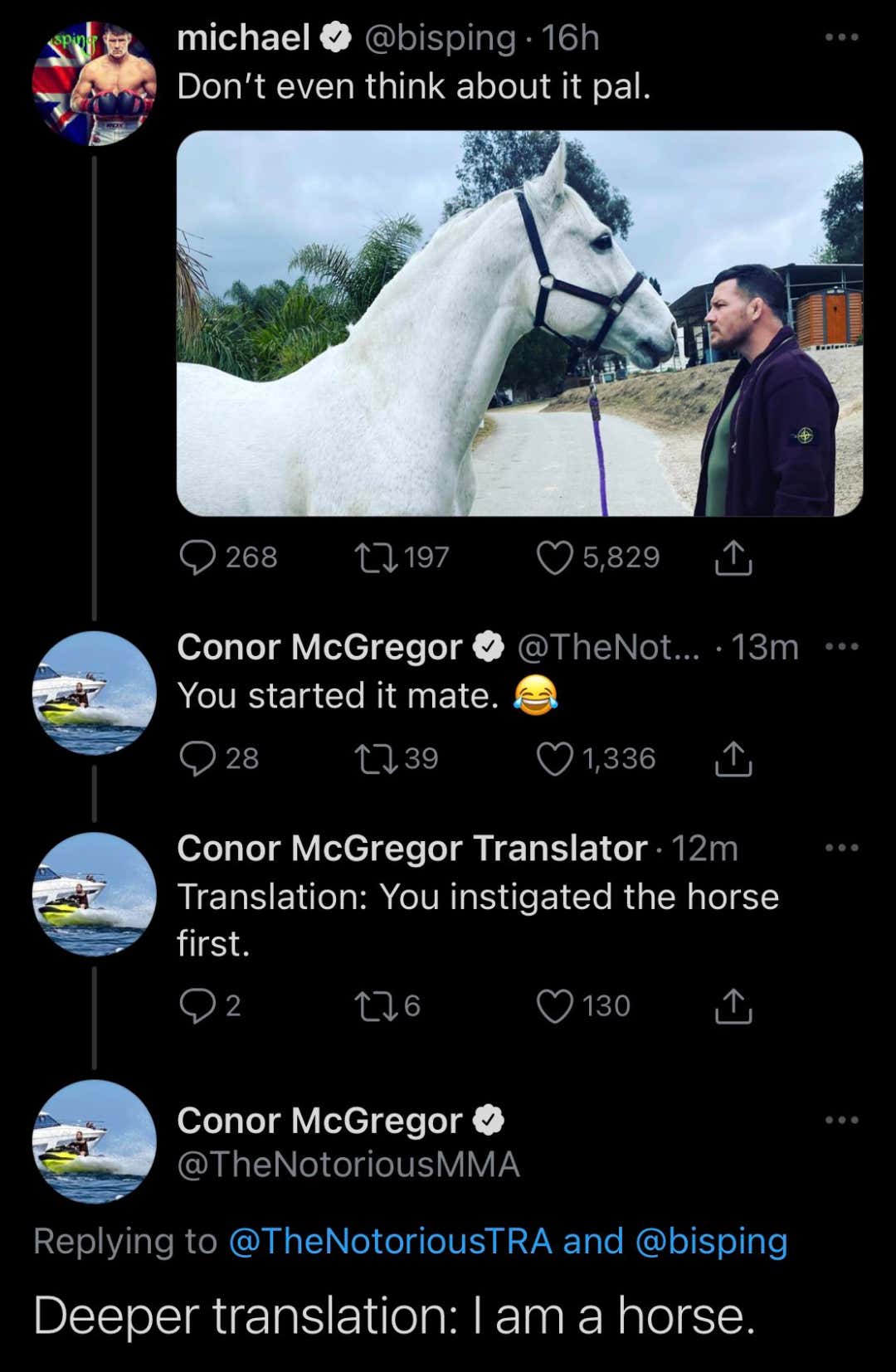 What started off with a seemingly innocent (but humorously captioned) photo of Michael Bisping facing off with a horse has turned into quite the confusing affair.

It appears now that Conor McGregor is a horse, or, at the very least, he views himself as one. Maybe that's his new spirit animal?

I feel like for a while the young McGregor wouldn't stop talking about how he was a gorilla or a lion, but maybe this new respectful, fatherly McGregor would get a horse with a beautiful mane tatted on his chest instead of the ape eating a heart? Maybe he'd throw Secretariat on the tummy instead of a ferocious tiger?

Maybe he's just on a little bit of that 3Chi Promo Code: MMB (or more likely, Proper 12, I suppose) - though.

I'll use this blog as a reminder to tell you that UFC 260 goes down tomorrow night from the Apex in Las Vegas, and features a HELL of a main event/card in general….

On the McGregor front, Dustin Poirier turned down a title shot in favor of a trilogy with Conor, and July 10th is the desired date for that to go down….

Fingers crossed I don't have to go to Abu Dhabi for that one.