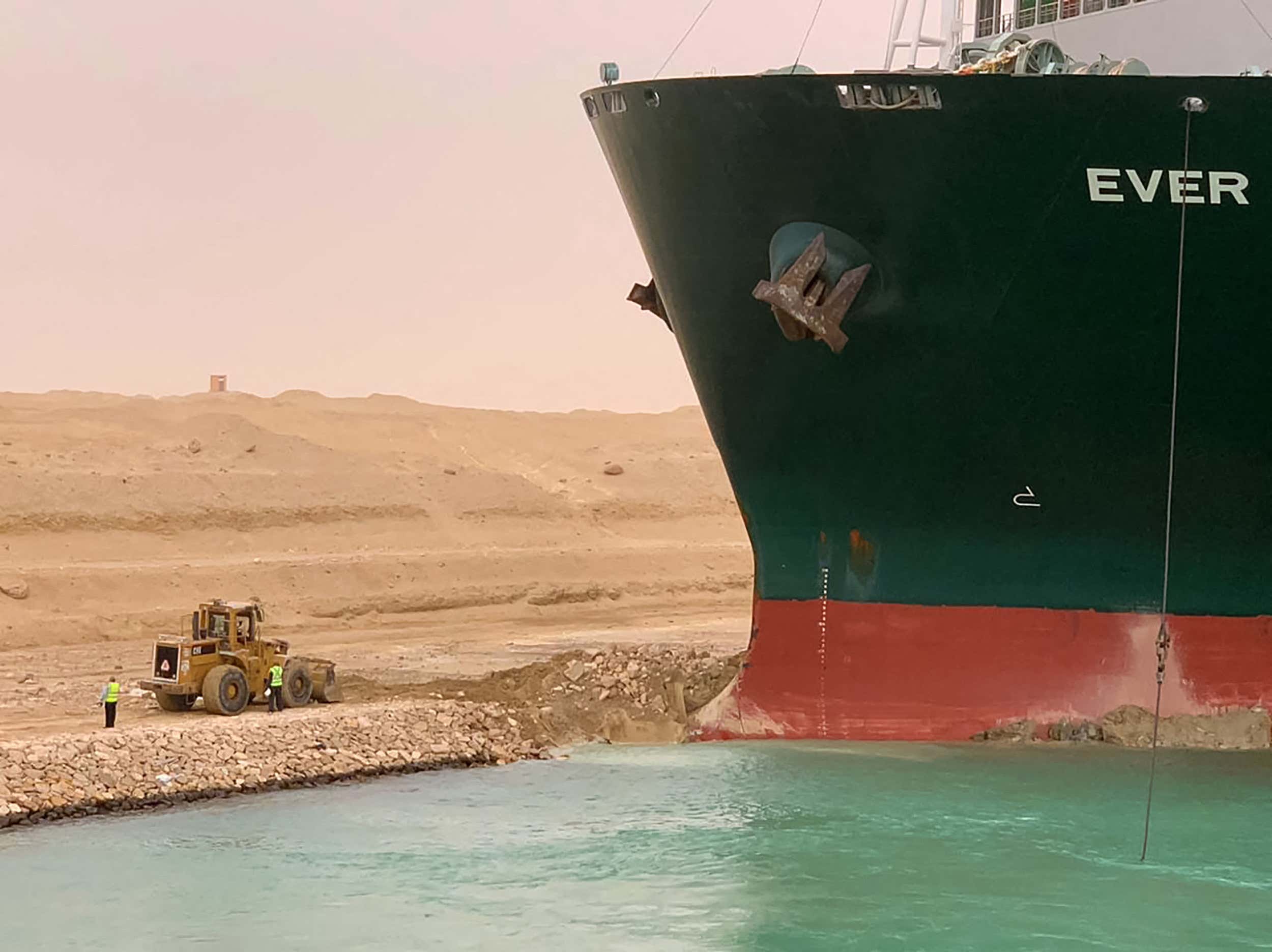 Okay so before any construction hardos come after me, I understand that bulldozers use a track instead of wheels to move. So technically this isn't a bulldozer but I guess it would be a wheel loader. Either way, most people know the term "bulldozer" so I'm going to use that in the headline. That's not the point I'm trying to make here, however.

The point here is that whoever is operating that wheel loader has the greatest job on the planet right now. I mean this is a true David vs Goliath situation we have on our hands here, and the whole world is tuned into it. If this dude is able to move enough ground to get this massive ass ship back in the water? He's an international hero. And if he fails? Well look at how small that thing is compared the the ship. No shit the cards are stacked against him. I don't think anybody would actually expect him to be able to dig this thing out anytime soon.

So now this guy has found himself in a can't-lose situation with the eyes of the world on him. If I were him, I'd toss a cooler of beers on that rig with me and just enjoy the show. He's hilariously outmatched by the size of that vessel, but a few hours of gassing beers and moving some Earth around to see if you can at least wiggle it free a little to save the world's supply chain? Beats the shit out of heading into an office to crunch some numbers all day.