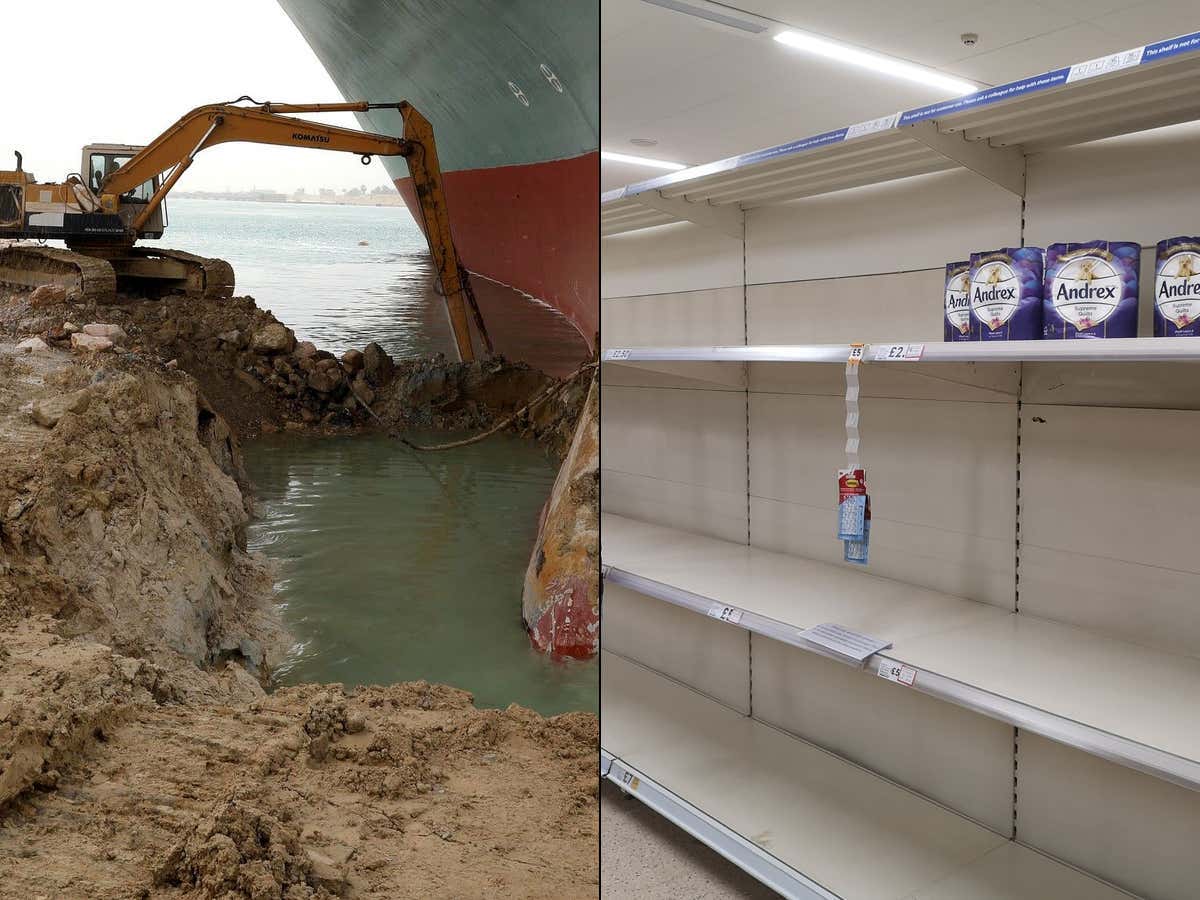 The company's Chief Executive Officer Walter Schalka said if the issue worsens, a worldwide toilet paper shortage could be inevitable. The company has already had to push back shipments originally scheduled for March into April, according to Bloomberg. The outlet reports that the worldwide shipping crisis, which has been going on for months, stems from increased demand from China. The shortage has trickled down through the global economy, already impacting supplies of other products, including coffee and cheese.

Just when life seemed to be getting normal again, we get this report out of the clouds that has sent me into another full blown panic. I am not going back to a world where I am taking my chapped ass from store to store ready to throw down with people over the last pack of TP despite it being single ply thinner than painted air. We have come too far and been through too much to be rebooting episodes of 2020 right as people are getting vaccinated and fans are being allowed back in sports stadiums.

So I am going to do what any rational person with way too much time on their hands will do and create a conspiracy theory that suits my narrative. This story was clearly floated by the people working at the Suez Canal who have nooooooooooo fucking clue how to move that ship. They are obviously sick and tired of everyone meme'ing the everliving shit out of the ship instead of helping them with real answers, so they are throwing out that if the ship remains stuck, there will be shortages of coffee, cheese, and TP, which are probably the three most important resources on the planet. I unfortunately don't have any real solutions because I am a professional idiot. But to anybody who does know anything about shipping, physics, or whatever mathematical equations are necessary to unclog that monstrosity from the canal, I have three words for you: