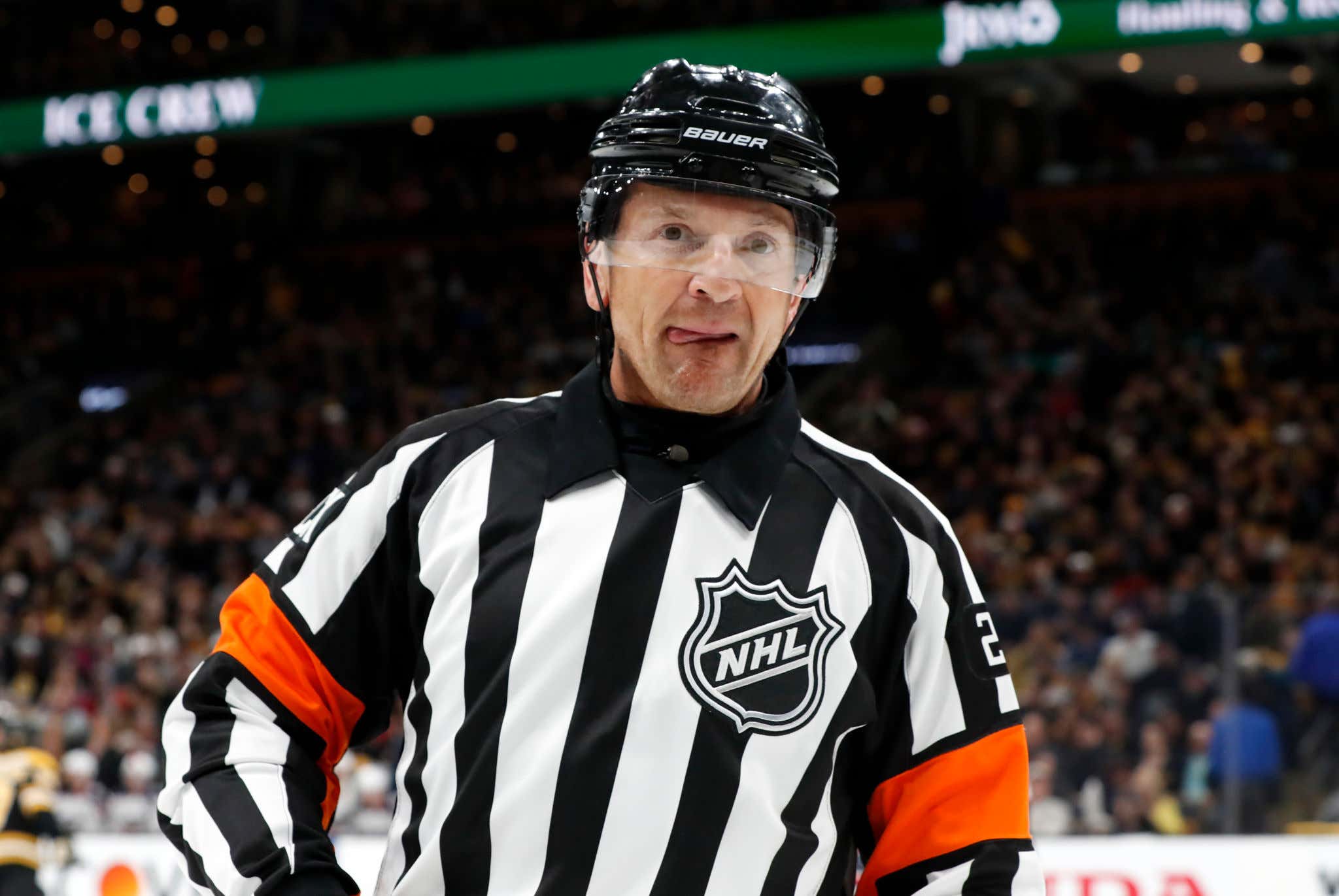 Holy shit. That might be the quickest and most decisive the NHL has ever moved on anything in the history of the league.

By now I'm sure that all hockey fans have seen this clip of Tim Peel getting caught with a hot mic while hitting the Predators with a makeup call against Detroit. If not, here's that clip.

Here's what I don't really understand right now--are people really THAT perplexed by the idea that make-up calls actually happen in sports? I feel like that was just common knowledge at this point. And especially as the game continues to get quicker and quicker. You think Tim Peel can keep up with the pace of these guys in the league right now? Of course not. That's why he was already scheduled to retire next month. But the game is moving so fast, these guys are going to miss a few calls here and there, which is going to result in a few bullshit calls like this one from Tim Peel against Nashville. Does this show a bigger flaw in the NHL's officiating system as a whole? Absolutely. But is the league now just using Tim Peel as a scapegoat to act like they've done what they could to take care of that flaw? Again, absolutely.

Listen. I hate Tim Peel just as much as the next guy. He's always been that one ref who seems to make the game a little more about himself than the players. The kind of guy who takes a lot of things in the game personally and wasn't afraid to let the players know.

If you saw that Tim Peel was reffing a game that your favorite team was playing, you knew you were in for a doozy of a night. But still. Sending him to early retirement for doing something that so clearly happens in almost every game is wild. The only difference is that he was mic'd up.

Now maybe this sends a little shiver down the spines of the rest of the NHL officiating crew. But more than likely, it won't change anything about how these games are called. It'll just give the NHL a chance to look like they make some decisive action to rid the game of the only guy who ever made a make-up call in his career.

Moral of the story is that the game is too fast right now for most of these refs anyway. There are too many blown calls. There are too many rules now about stick infractions for these guys to hammer teams with 2-minute minors after lightly tapping another player on the gloves. Reffing in the NHL needs a massive overhaul in general, but I don't think that Tim Peel hitting Nashville with that call was anything out of the ordinary. So firing him a month before he was about to retire anyway is a massive nothing burger. If anything, it almost gives me some sympathy for the refs. Which is something I'd never imagine saying.