Source - The 23-year-old entrepreneur drew backlash over the weekend after seeking donations for makeup artist Samuel Rauda's medical expenses. Following Rauda's car accident last weekend, Jenner posted a request for her fans to contribute and gave $5,000 to the cause herself, according to Britain's The Sun, which featured a screenshot of the Instagram Story. 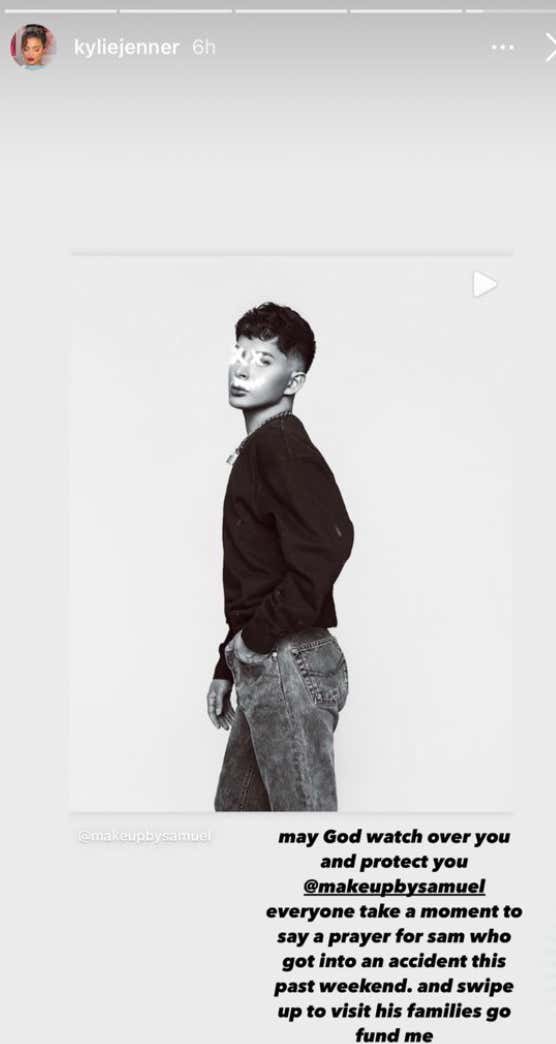 Social media critics decried that the Kylie Cosmetics founder – the highest-paid celebrity of 2020, according to Forbes, who has an estimated net worth of $900 million – was asking fans for money. USA TODAY has reached out to Jenner's representative for comment.

First of all- thoughts and prayers to Samuel and his family. According to reports the crash was beyond brutal so we're all hoping for a full and speedy recovery. Now, as far as this stories goes? Kylie and her team should be embarrassed. Throwing $5k at YOUR FRIEND'S cause when you're worth $900 million is such a bad look I don't even know where to start. I'm not donation shaming her either, I'm just saying she should've quietly picked up the bill and kept it moving. That or donate nothing at all. The second she posted that IG she opened herself up to all sorts of criticism.

You get the idea. Some people were on her side, but the vast majority were not. In fact, the backlash was so overwhelming that Kylie just took to Instagram to clear things up… 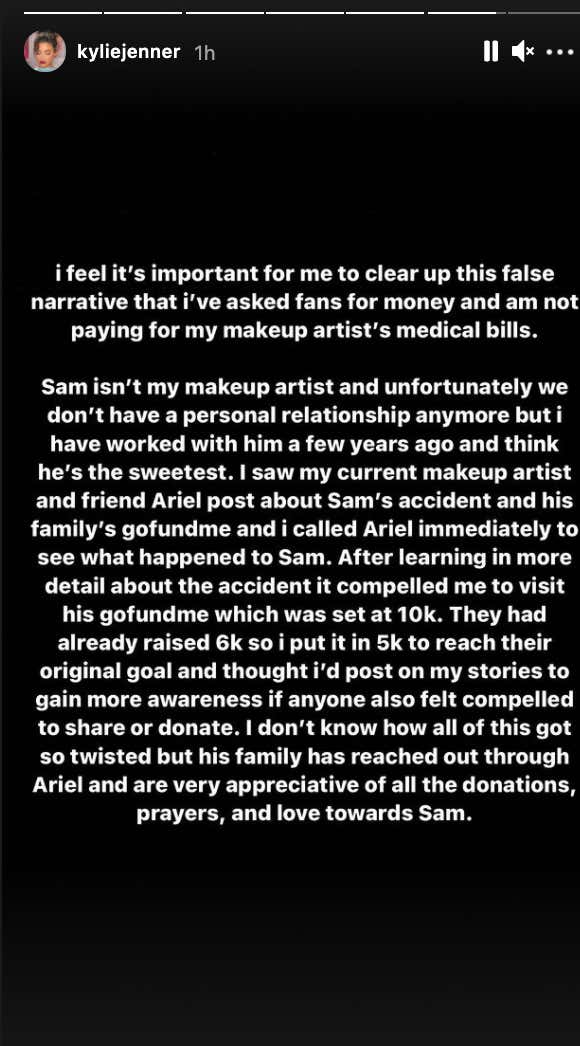 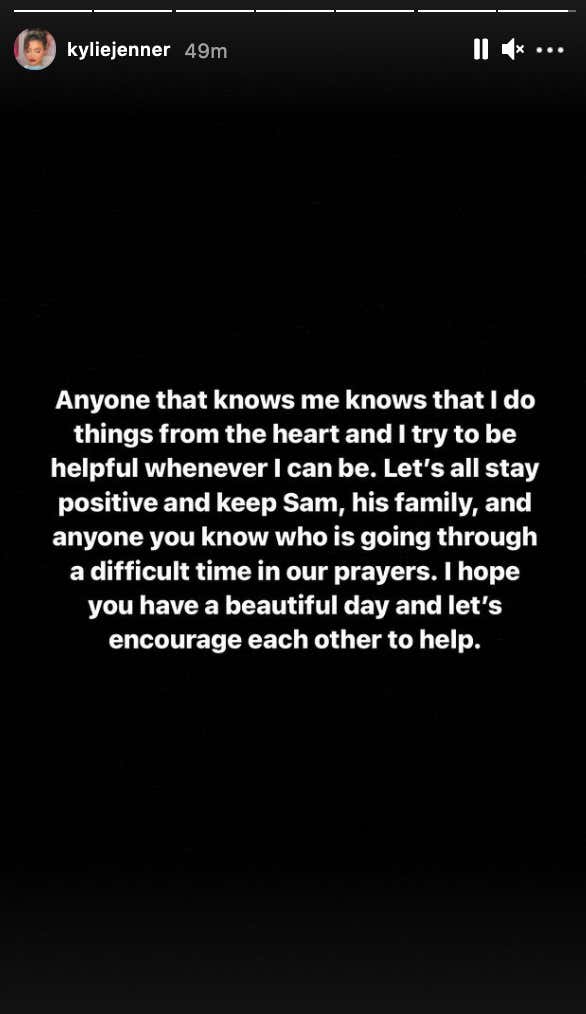 ^^and just like that I'm back on her side. So what's the lesson in all of this? Never donate money publicly, and if you do make sure it's enough. You can watch Kevin's take on the situation below. Enjoy…