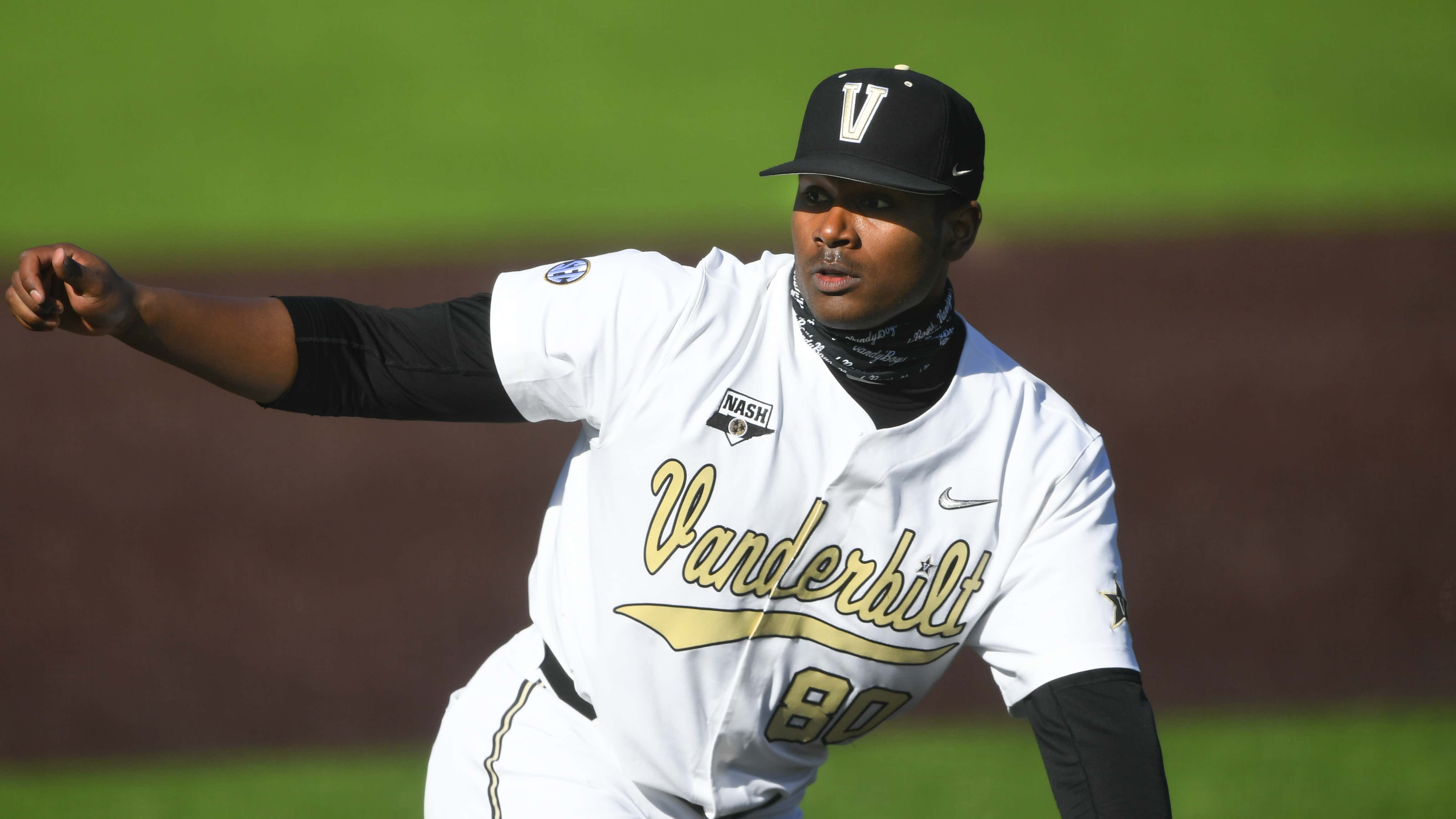 The SEC opened conference play in baseball this weekend, and I'm pretty confident that was the biggest storyline in college sports over the past few days. Definitely not anything else that would have overshadowed this.

But just in case you were busy watching other sports this weekend, here's what you may have missed on the baseball diamond, where there was plenty of awesome action from the top teams in the country.

You know, for all the talk of how incredible the SEC is as a baseball conference, it sure looks pretty pedestrian for Jack Leiter. All the Vanderbilt phenom did in the first conference start of his career was go out there against South Carolina and record 27 consecutive outs — 16 via strikeout — after walking the first batter of the game.

And his teammate Kumar Rocker gave up two earned runs over eight innings on Friday in what would be considered a bad start for him. These two are just unbelievable. I haven't done a ton of research into what this year's high school class looks like, but I don't see how you don't take these guys with the first two picks in the MLB Draft.

I genuinely don't understand how teams are going to score on these guys the rest of the season.

Florida State had about as great of a week as any college baseball program can hope to have. First, the Seminoles took down the arch-rival Florida Gators 10-2 on Tuesday before continuing their in-state dismantling with a sweep of Miami in which FSU outscored the Hurricanes 34-2.

With Florida State playing at this level and Georgia Tech and Louisville looking pretty formidable, the ACC could pose some pretty big threats to the SEC come Super Regional and College World Series time.

I didn't really want to put this twice, but there simply isn't anybody else who could have possibly been POTW. The guy threw a no-hitter in his first SEC start. It's a shame we'll only get to watch Leiter for one full season at Vandy, but it's great news for the rest of the teams in the SEC.

This web gem from Louisiana Tech's Hunter Wells helped potentially keep a big inning from developing in the Bulldogs' Sunday win over Tulane. The Bulldogs had a fantastic week, pounding Ole Miss 13-1 in midweek and then sweeping Tulane over the weekend to vault themselves into the Top 25.

Uniform of the Week: Oregon

It's time to give the Pac-12 some love on these blogs, despite the fact that every team in the conference is generally a fraud. But there's no denying that these Oregon unis are clean. That apple green and yellow is just an A+ combo every time.

I have literally no context or explanation for what is happening here and I think it's better that way. Just enjoy the cone man for what he is meant to be: a beautiful mystery.