This is one of the more ridiculous stats I've seen. We're halfway done the 2nd round and this record is already out there. First, yeah, pretty wild that an 'upset' is dictated by 5 seed lines. Seems aggressive, but whatever, it's what the NCAA says. There have been just 40 games so far. We still have 23 games left with plenty of potential for this record to get smashed. So what the hell gives? It could be the fact that it's a more balanced home court advantage. But I'm not fully buying that. Typically at full arenas when there's an upset happening the entire arena turns into fans for the underdog. It's just been that sort of year. It always felt like such a gap from the true title contenders to everyone else and it's showing. Shit, just look at the Midwest region. 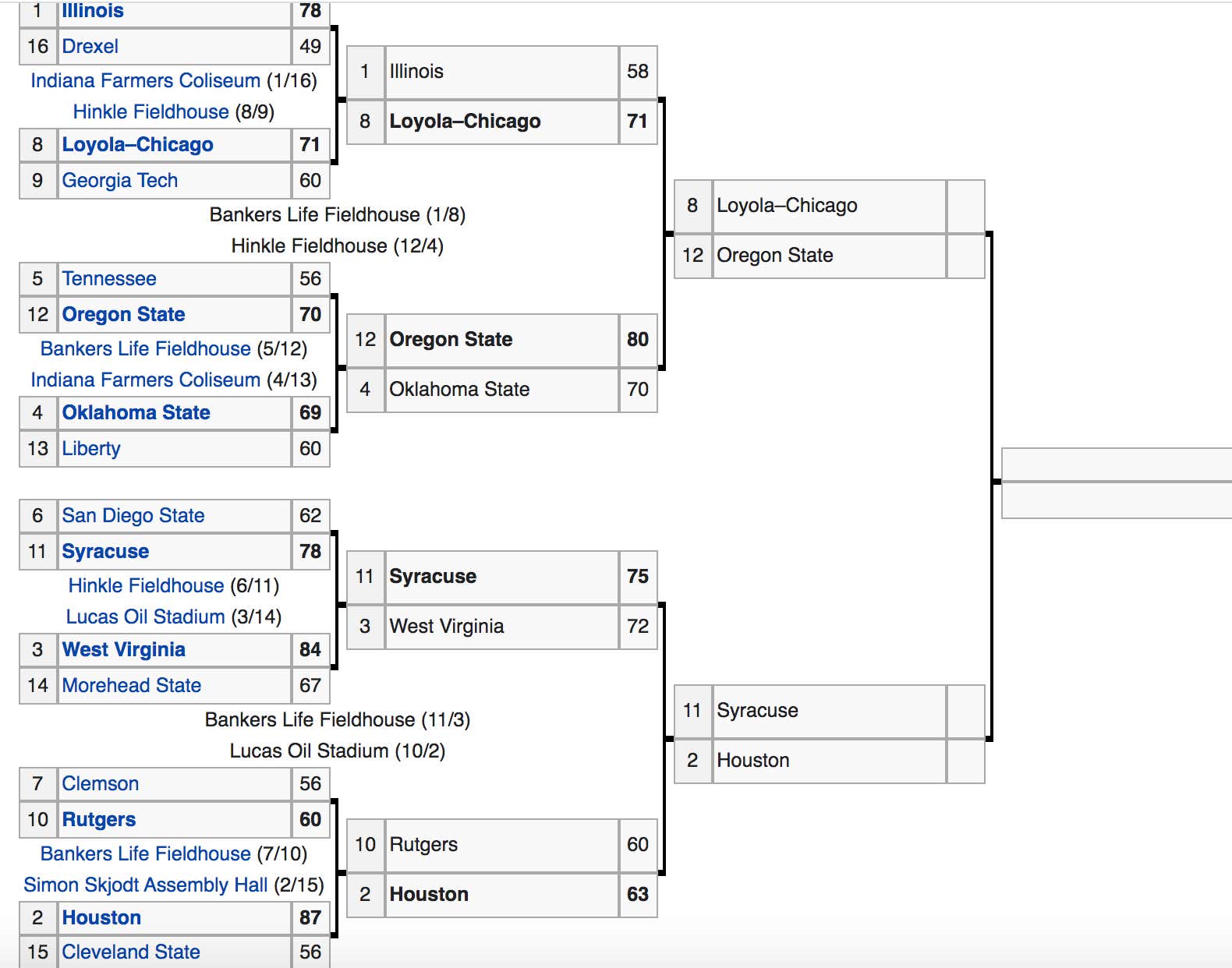 Off the goddamn rails. Think about how it'd be if Houston didn't pull that game out of its ass. The fact we're talking about one of Houston, Loyola, Syracuse or Oregon State making the Final Four sounds made up. I refuse to believe it. Then again, it's the NCAA Tournament. It's why it's the best event in the world and also the worst thing to make drastic conclusions on one team about. All it takes is one bad matchup or one bad shooting night and you're done. Only one man saw this coming.