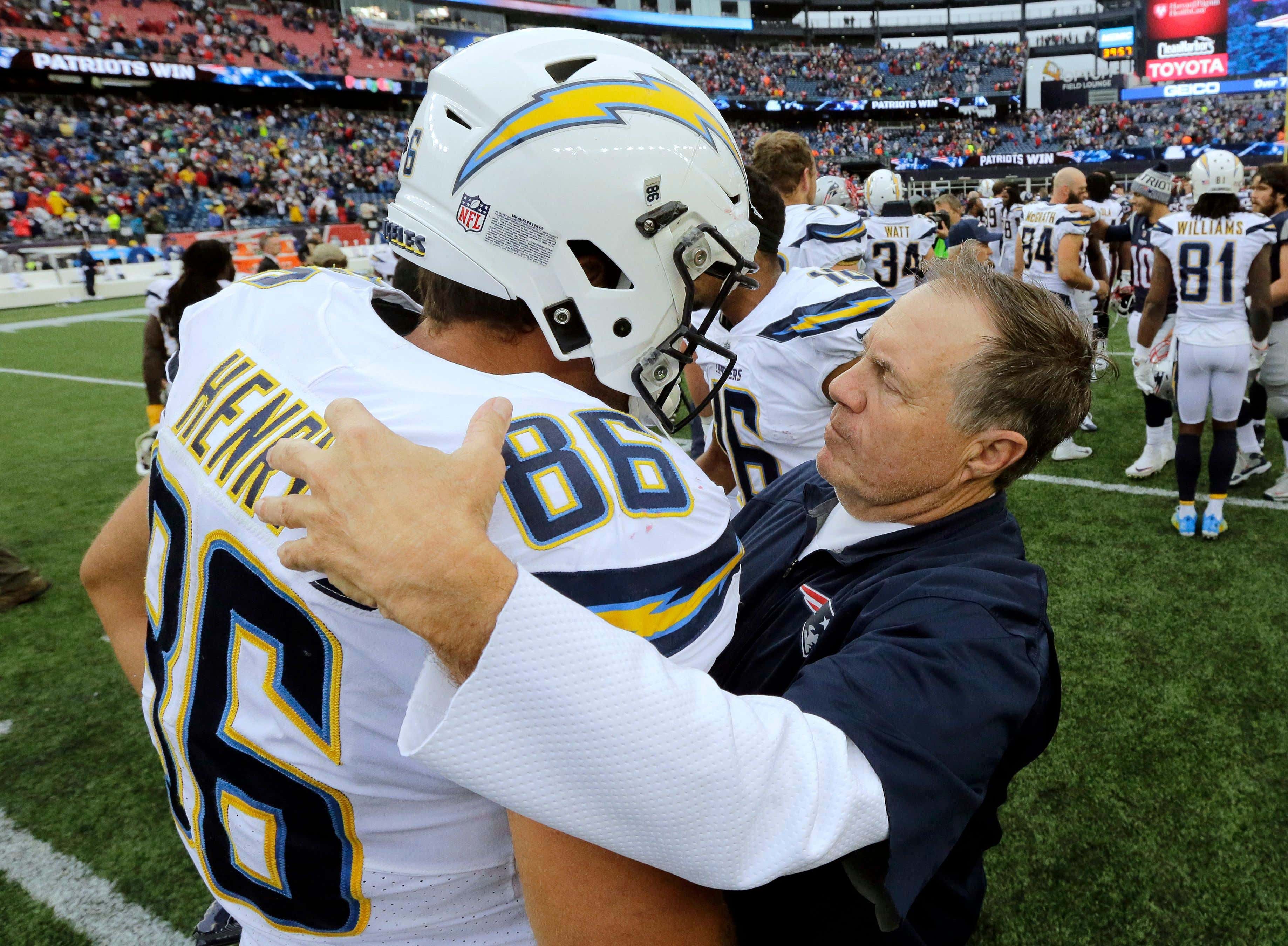 I stand in awe of what we are witnessing here.

This news is so overwhelming, I swear I checked 15 times that this was, in fact, Adam Schefter and that I wasn't getting punked by @AdamSchafter or @AdamScheffter or something. But nope. It's true.

The best free agent tight end available just joined the second best free agent tight end available. Belichick has been openly making hearteyes toward for years and was finally able to put a ring on him. The player who said that one of his biggest priorities was signing with a team based on their quarterback situation just volunteered to team up with Cam Newton, or whomever the Patriots plan on bringing in.

Here is the 2021 FA that launched a million "Belichick Walking" GIFs. Coach Bill has gone out of his way to over praise him every time the Pats and Chargers have met. He's said he's been following Henry's career since he was at Pulaski Academy. He's a fit in every way, from his size/speed combo to his traditional inline TE ability to block, run routes and catch. He's by far the biggest tight end prize on the market. He's also publicly said he's motivated to sign with someone who has a top tier QB, so that'll make it tough. Unfortunately, over praising him will not pay the Henry family's bills, so it will require overpaying. Which the Patriots can afford at such a vital area of need. It's a matter of how much faith they have in Devin Asiasi and Dalton Keene to contribute after their non-existent, redshirt freshman rookie seasons. If they don't, spend the money. If they do, then signing Henry might be an atypically unsound move.

So now the Patriots have gone from two years of the worst tight end situation I've seen in my life to the best tight end depth chart in all of football. Two Pro Bowl caliber veterans and two second year players they saw enough promise in to draft them in the 3rd round last year. And whoever is under center will have a tight end duo capable of running the "Joker" offense that was the envy of the league back when Gronk was paired with whathisname.

2021 Belichick is a little, grey hooded Genie who grants all your wishes. Somebody do me a favor and cue the Duckboats!