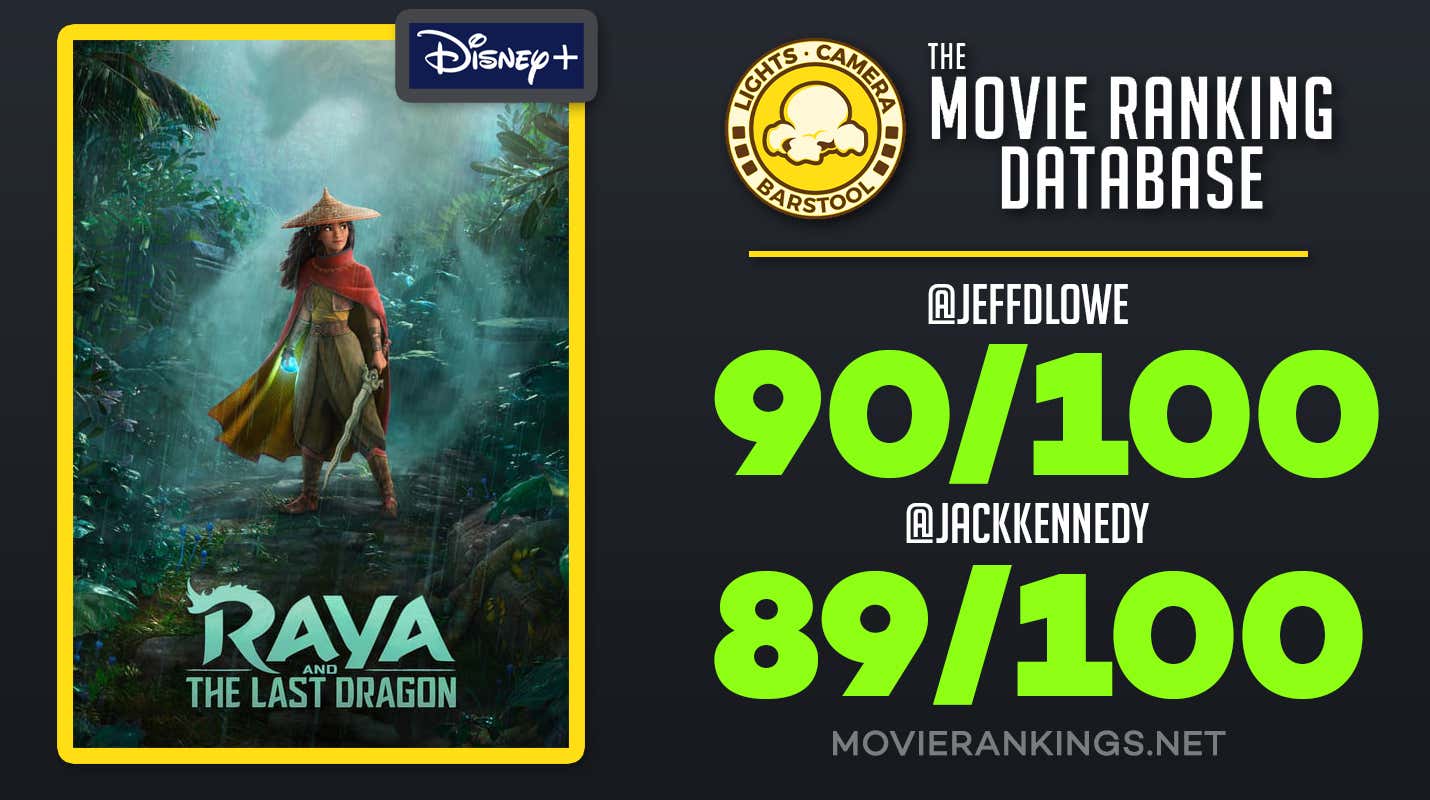 When Disney does original animated movies, they usually succeed…

…and they did once again with 'Raya and the Last Dragon'!

Long ago, in the fantasy world of Kumandra, humans and dragons lived together in harmony. However, when sinister monsters known as the Druun threatened the land, the dragons sacrificed themselves to save humanity. Now, 500 years later, those same monsters have returned, and it's up to a lone warrior to track down the last dragon and stop the Druun for good. (via Google)

I really really liked this movie for a lot of reasons.

First off, the voice cast is tremendous. Kelly Marie Tran is great and really helps make the character of Raya unique to the lore of Disney animated movies. Raya is obviously complex emotionally, there are layers to her. She is also a badass with a certain swagger to her. I think Tran did an awesome job conveying both those sides of her for us as an audience. Akwafina was also fantastic and I think very well measured. There was crazy goofiness that she is kind of known for, but also sincerity. And Gemma Chan as Nemari was also similarly layered without taking away focus.

On the story side, I really liked how it was put together. It reminded me at face level of Moana as far as a young woman setting out on her own to save her people while accompanied by an animal, and recruits a god-like creature along the way. That said, there are a lot of distinct differences. This is not a musical trip, but rather an action-adventure one. And I really think that epic adventure-action fable feel is something so different than what we are used to.

It’s also unique in how it looks. There are beautiful colors and even better animation that captures action, environments, and facial features in a way that, again, I’ve never seen from a Disney animated movie.

The only place I dock points is that there are a few too many moving parts and a little too much exposition. It was necessary to build the world up, but I think they could have gotten away with introducing fewer characters and settings.

It might not be Disney S Tier, but I love the feel to it and I would love to see more from this universe. There was a sense of finality to the ending, but I really liked this little world they built.

--
The movie is Officially Buttered and worth the $30 on Disney+. You can head to Lights Camera Barstool right here to listen to our latest episode where we just reviewed 'Coming 2 America' and 'Raya and the Last Dragon'.