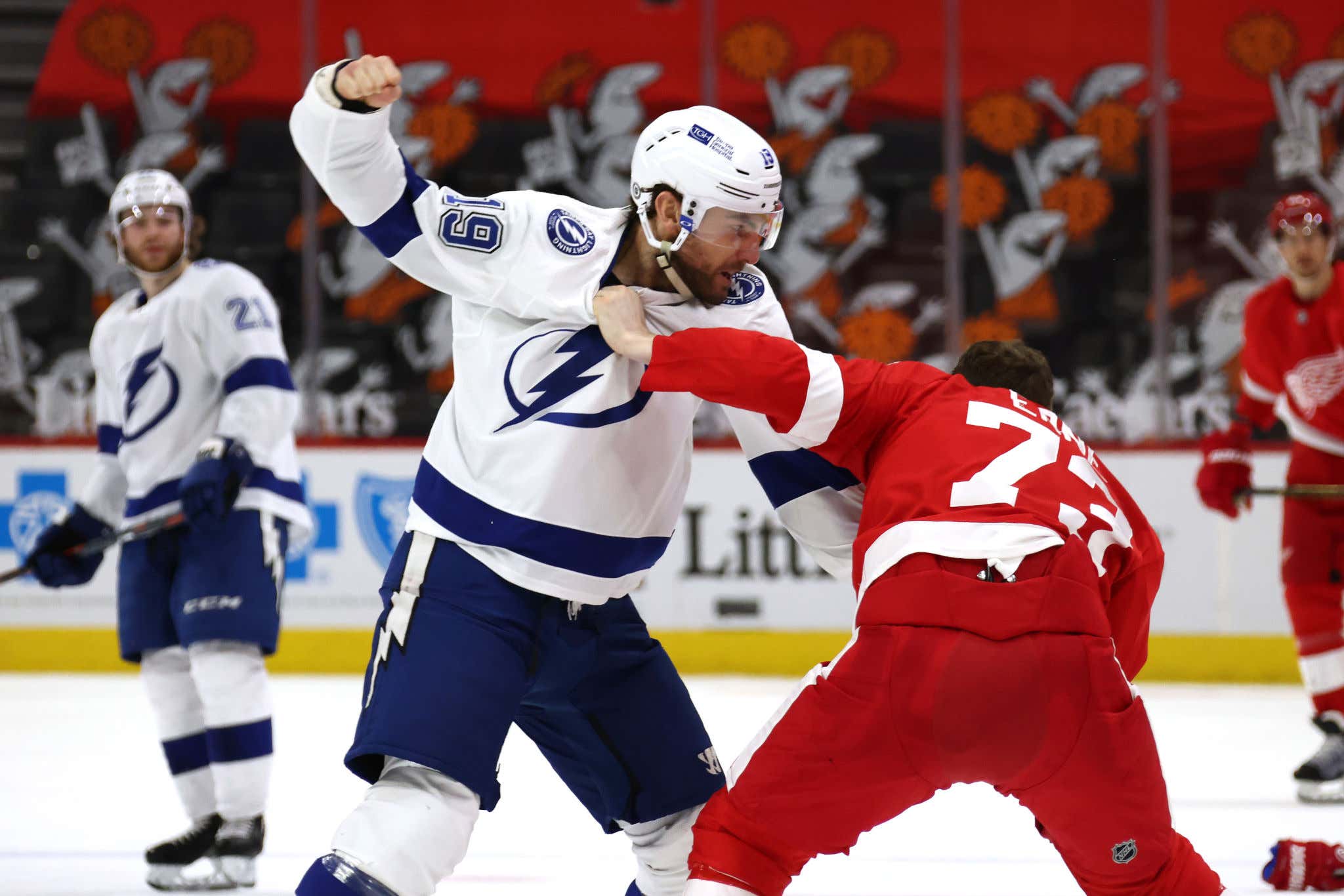 Hockey players hate each other on the ice just because they're wearing different uniforms. I'm sure there are a few rivalries in the game that go beyond the ice a little bit, but for the most part the only thing that divides these guys is the color of the sweater they're wearing. So when it comes to fighting in the game, these guys are fighting the hockey player that's across from them and not so much the human being.

Unfortunately for Adam Erne, the hockey player across from him was Barclay Goodrow who was loading up an absolute missile with his right fist.

But Barclay Goodrow is a good dude. He might throw a mean right, but he's a good guy. And even though he wants to beat the shit out of Adam Erne, he's also going to take care of him a little. So while his right hand did the damage, his left gets credited with the save. Because he held on for dear life after that KO to make sure Erne's skull didn't get a clean smack right on the ice.

Good Guy of the Week Award.

It's just gotta be a real tough situation for my guy Adam Erne now, though. He's the one who asked for the fight. Then he gets smacked with a vicious knockout blow. And now he probably had to go up to Goodrow after the game and thank him for also saving his life. But again, if you ever have to get your ass kicked by anyone I guess it would be best to get it kicked by a guy as sweet as Barclay Goodrow.