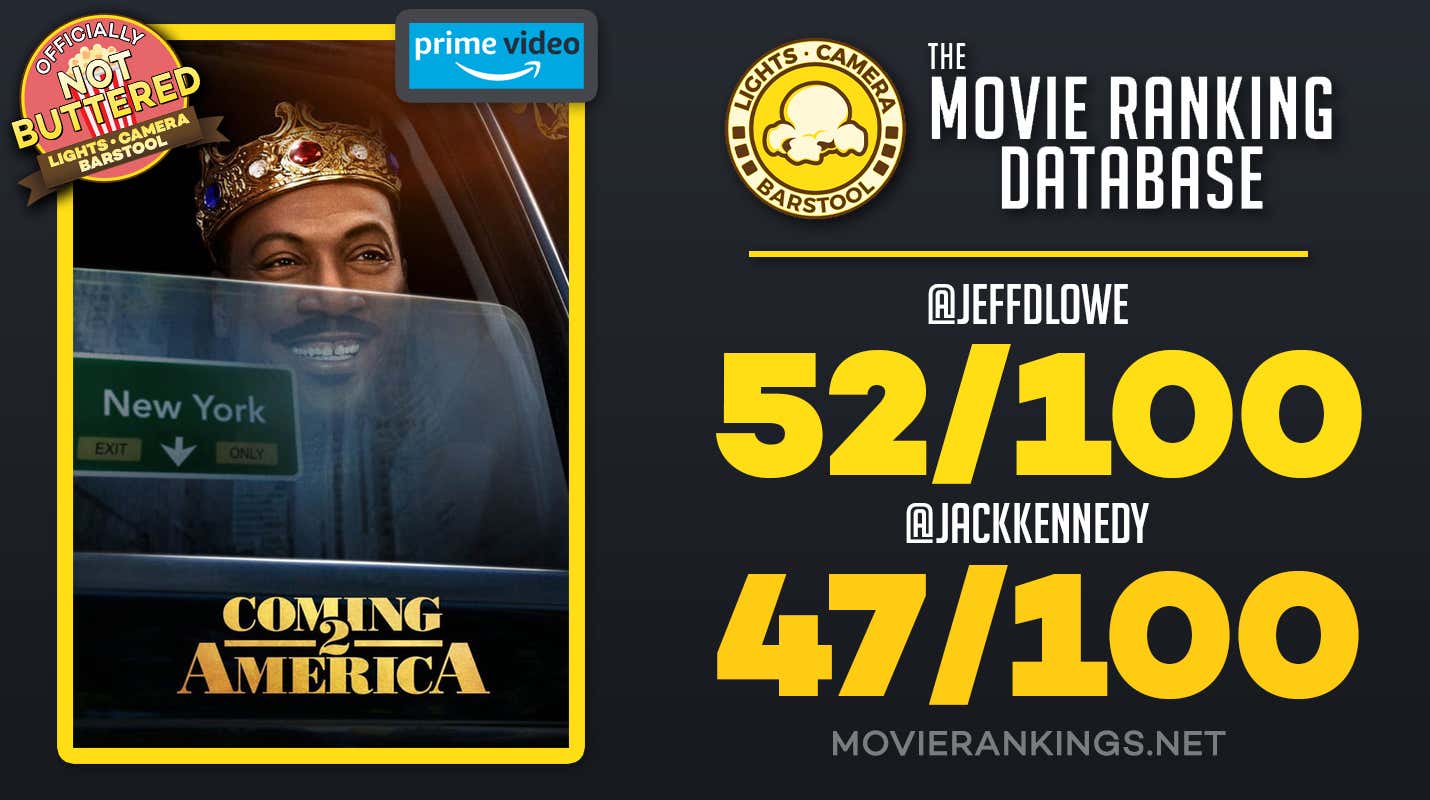 The sequel nobody wanted is here!

…and it was not very good.

Needing a male heir to the throne, Prince Azeem returns to Queens, N.Y., to find his long-lost son and bring him back to Zamunda. (via Google)

There is a self-referential joke in this movie about how sequels nobody asked for shouldn’t be made. That joke would play great in a late-sequel movie other than this, which is just a bad sequel that really didn’t need to be made.

I think the one thing that I needed out of this movie for it to not be a complete failure was for it to serve as comfort food. See all of the old gang back together again doing some rerun stuff that makes us all feel a little good inside. It achieves that in part, but not in full. When I watch this movie, I want to see all the Eddie Murphy and Arsenio Hall I can get. While I liked some of the new characters, they really diluted the amount of screentime we got from them.

I think that if you’re going to make a late-stage remake or reboot, it basically has to be an exchange. You take nostalgia points, branding, and the built-in audience, and give back something original that positively adds to the franchise in return. Follow the rules, you succeed. Break them, and you’re cursed. This movie is cursed. They took all those free shit but didn’t want to give back anything original or worthwhile in return.

What you get is an unoriginal, unfunny movie that is so cookie cutter that you can correctly guess exactly how the entirety of this movie plays out by about the 20-minute mark. I don’t mind studios dredging up old properties to put in our slop trough, but you have to at least give it a little flavoring.

--
The movie is Officially Not Buttered and a big letdown. You can head to Lights Camera Barstool right here to listen to our latest episode where we just reviewed 'Coming 2 America' and 'Raya and the Last Dragon'.