Don Sweeney out here sounding like a broken record on this Wednesday afternoon. He met with the media and talked about how the Bruins' offense and inability to finish is a "major concern"... uhhh yeah no shit. It has been for like 5 years. Feels like David Krejci hasn't had a solid, consistent winger in FOREVER (no offense).

The team's play certainly isn't where it should be right now. But you know who can improve the team? Don Sweeney. It's literally that Tik Tok sound, oh the Bruins offense is bad? Fix it Don. Do something. (sorry if that was such a millennial reference but if you've heard that music you know what i'm takling about) This isn't a new problem, everyone in Bruins land has been screaming about getting some secondary scoring help for YEARS.

Are you gonna waste the last (potential) year of Marchand, Bergeron, Krejci and Rask together? Or are you gonna try and make one last effort to add a piece or two and go on a run. Cause right now it's not working. I know we have a few bodies banged up but still, this isn't a new problem. He says he "didn't expect", Krejci, DeBrusk and Kase to be at 0 5v5 goals through 18 GP this year, I don't think anyone expected that. But come on, this has been the Bruins' weakness for years. A few days ago I was talking about how the Bruins need a Top 4 D first and foremost, but after yet another loss to the Islanders last night I think it's absolutely a scoring winger. 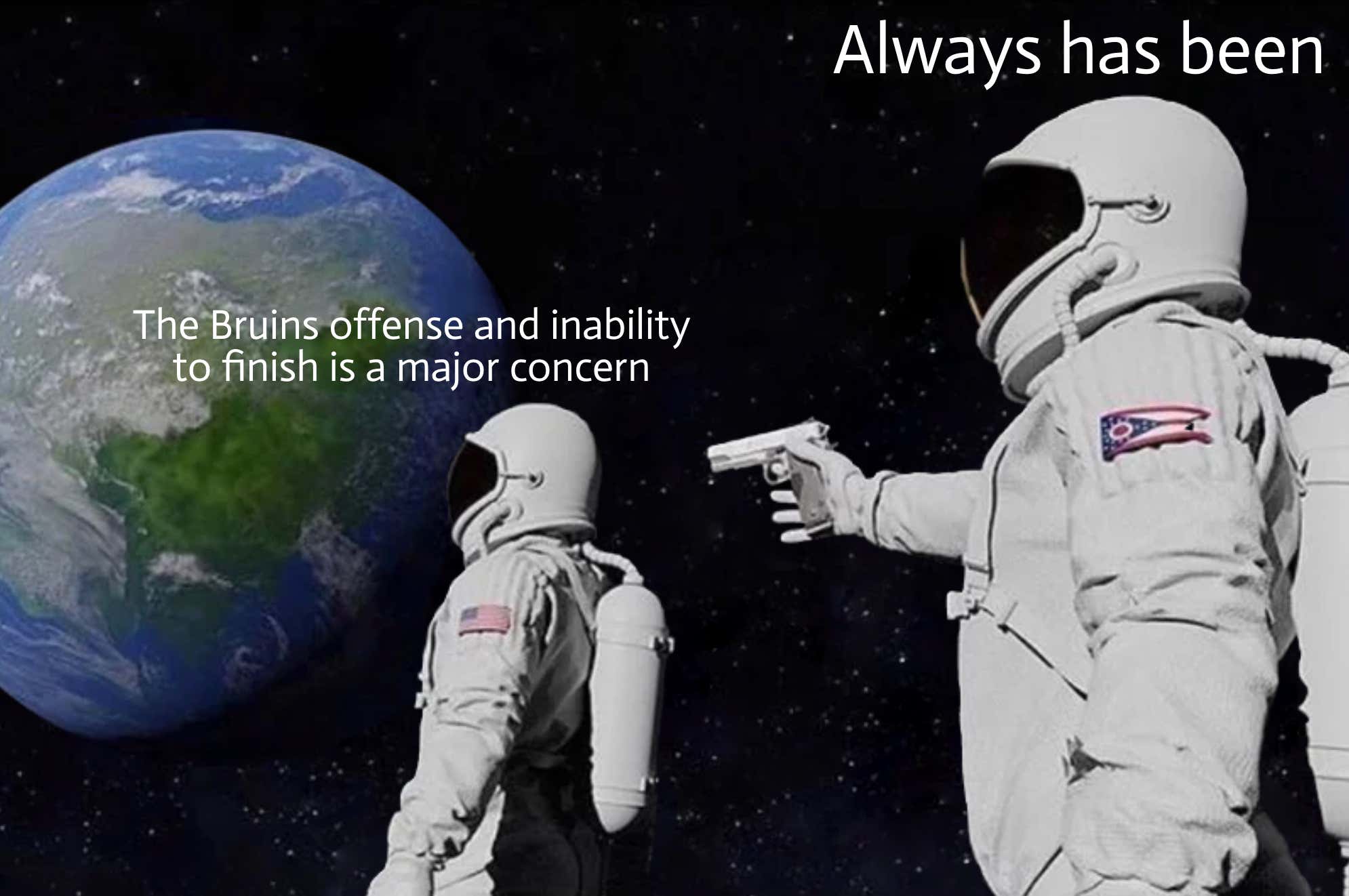 What's frustrating is that there were chances to add to this offense in the offseason… Taylor Hall, Tyler Toffoli, Mike Hoffman… etc etc and now you're gonna have to give up assets to get someone. Either way I just wish Sweeney would tip his hand because I truly do not know what he's going to do. Are we about to rebuild or are we going all in? We have this conversation every year before the trade deadline.

Either way the ball is in Sweeney's court. Only he can improve this team's roster…