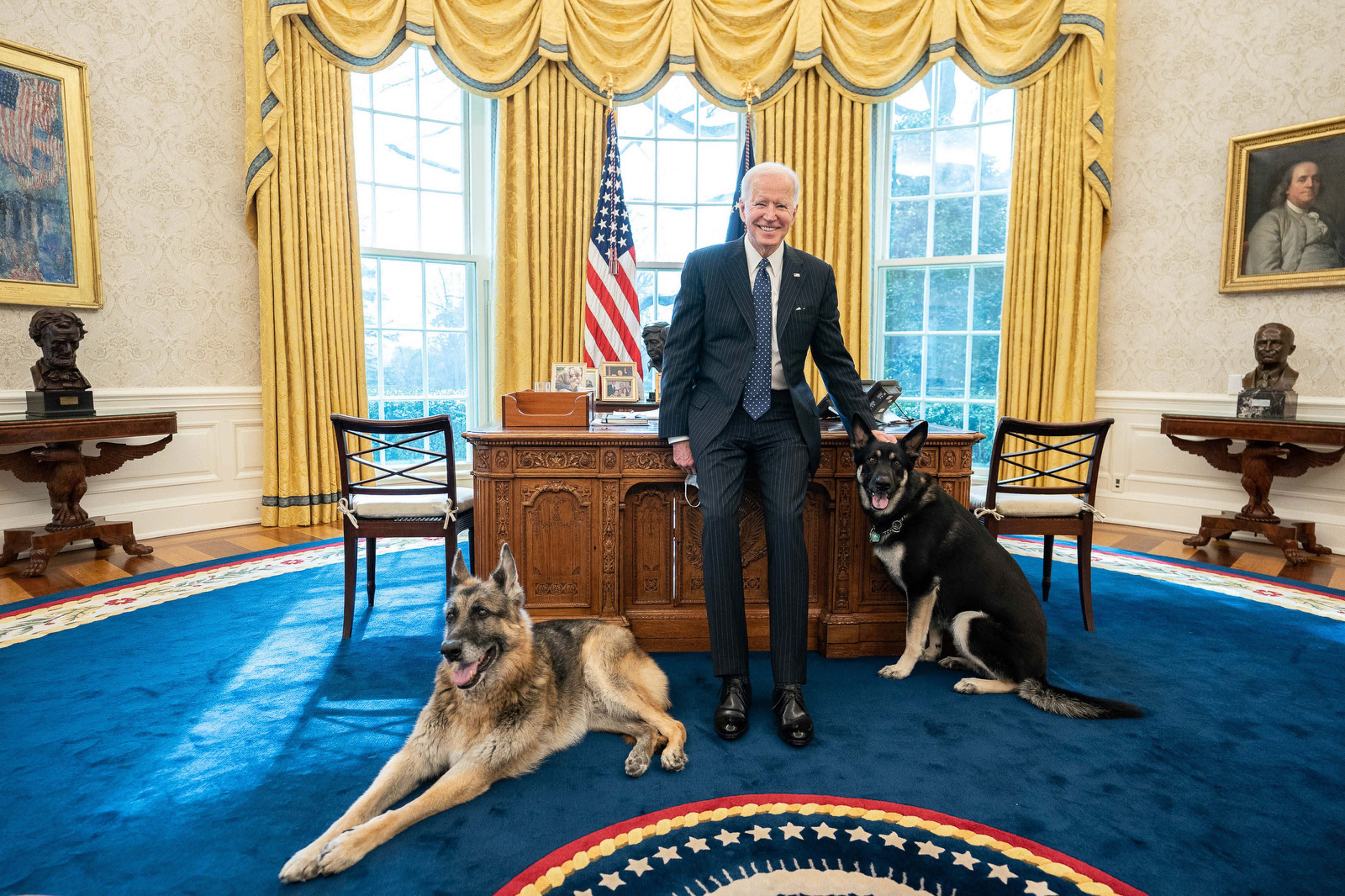 Well this is very disappointing. I loved the fact that two rescued german sheps were roaming the historic halls of the West Wing but all good things come to an end but this one stings.

Over the last couple of weeks, I've been talkin more and more about dog training and tips. It's ignited that memory section of my brain which is pretty sweet. I've been away from the dog world for a while so I haven't thought of training techniques and principles in a minute. To that end, my wife asked me to clip my dogs' nails the other day and I went to make an appointment at the groomer and then was like…. "wait… I can do this. In fact, I can do some small surgeries. I'm very competent in this area." I'm very good with dogs. NBD

Now, on to the aggression aspect that they are talking about in this article.

1. The way that these dogs were integrated into the White House life probably has something to do with their behavioral problems. GSDs are very loyal and protective. Id' bet these pups are used to having people come in and out of their house because Jill and Joe seem like they are the types who love their dinner parties. Joe tellin stories. Jill rolling her eyes. Adorable. Folks were probably coming in-and-out often but, not like this. The West Wing is constantly abuzz with activity. If these dogs were in the Oval all day every day, I could totally see them being beyond stressed out. The noise difference from a slow life in Delaware to the hustle and bustle of the Oval is immense. They were probably overwhelmed because, in order to transition them properly, you need to build up. Here's what I mean:

- When you start something like environmental changes, you do it slowly and methodically. Everything is based on baby steps. The first day, you let them smell the outside. Walk them around the Rose Garden and all the other spots outside. Take it all in. Let them satisfy all their curiosity while reinforcing their good behavior with positive praise. Once they get kinda tired of it and lay down or arent actively sniffing, take them inside. Try to do it with no one in there first.

-Stay in there for about 5 minutes or so. They will usually lay down when they feel comfortable in a room. Let them smell everything in there too. Encourage their desire to sniff everything. If they get it out of their system, they wont constantly be doing it.

-The next time you come in, try to do it with one or two people… the next time add folks with one person coming in the room after knocking. Calmly talk to the dog and be soothing. Reassurance is huge for dogs.

-And on and on it goes. Doing things in baby steps or what we call in the biz "successive approximation" is the way to go for most dog training… people too… but in this case, we are focusing on dogs.

2. Don't allow this to be a problem from the early stages of life/ownership of the dog. Here's what I mean by that: people play games with puppies all the time that absolutely sets the pup up for failure when the dog gets older. For example, everyone loves to tug on the rope or tug on the old shirt with their dogs. It's a great time. Who doesnt love that shit? I do but, did you know that getting the dog to bite and hold on a tug toy or bite bar is the EXACT way we train dogs to become more aggressive? It's teaching the dog possession and prey all that at the same time. It's reinforcing or straight-up teaching to bite-and-hold. In my dogs at home, I never allow anyone to play tug with them at any time. I never allow them to possess anything. No toys in their bed. Those are my toys. You get them when I say, not when you want. Everything flows through me. Food. Water. Toys. All good things are from me. That's how you establish and keep a strong rapport with your dog.

The same thing goes for barking or aggressive behavior when someone comes into the house or rings the doorbell. It's so funny and cute when the little puppy does it. "Get em, lil guy. Show them who's boss." Eventually, that puppy gets bigger and you probably don't want that. Correct the behavior verbally at a young age and it carries over.

The same thing for jumping up. It's cute when they do it as puppies but now ole Champ is 80lbs, has long, hard nails, and gets mud on your dress. Bad day. Bad boy. What usually happens then? The dog gets yelled at. The squad is mad at him. And why? Because he was supposed to know in his dog brain that you were heading to a job interview at the local Dick Sucking Factory? There's no way he could have known that. In that moment, you set the dog up for failure. Very unfair. Teach them the desirable behavior and correct the undesirable behavior from an early age.

Lastly, be consistent. This is the hardest thing. If it's not ok, it's never ok with house pets. It's not ok when you've had several beers but normally not ok. Dogs don't know the difference.

The biggest takeaway: puppies grow up. Play with them with that in mind.

If you like dog chat, listen to Zero Blog 30. We do a segment pretty often called Doggie Bag where I answer training questions.