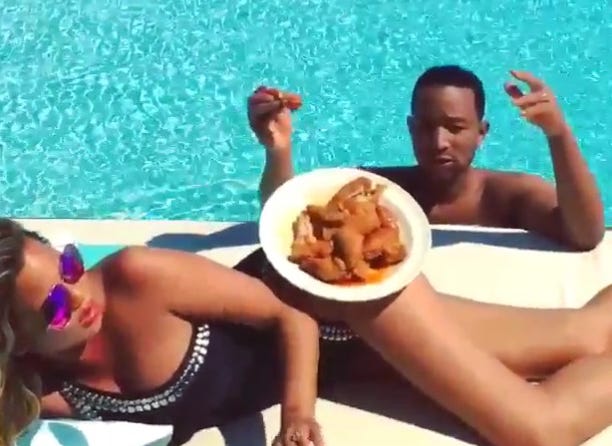 Ohhh look at John Legend and Chrissy Teigen, look at how awesome their life is. John gets to sit at a pool and eat Chicken Wings off her ass!!! Talk about the good life, am I right guys???

Get the fuck out of here. I try not to be a hating type but this just so fucking stupid. Can’t be a bigger try hard than putting this on Instagram. First of all, who the fuck eats Chicken Wings in a pool? What are you going to do with your hands John? Are you going to just let the buffalo sauce go in the pool? That makes you a huge fucking ASSHOLE. Next guy goes in the pool and there is a film of Frank’s red hot floating on the surface like an oil slick. God forbid he gets some of that hot sauce in his dick hole, that ever dawn on you John, that would make you worse than a murderer. Second, who the fuck eats Chicken wings without ranch or bleu cheese? I don’t care which side you land on in the debate but you have to at least have the option of a side dip, having nothing is unacceptable. Third and final, those “wings” fucking suck. That’s like half a chicken in the middle. How the fuck are you supposed to eat that? Get the fuck out of my face. 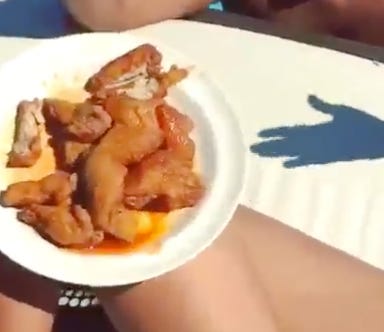