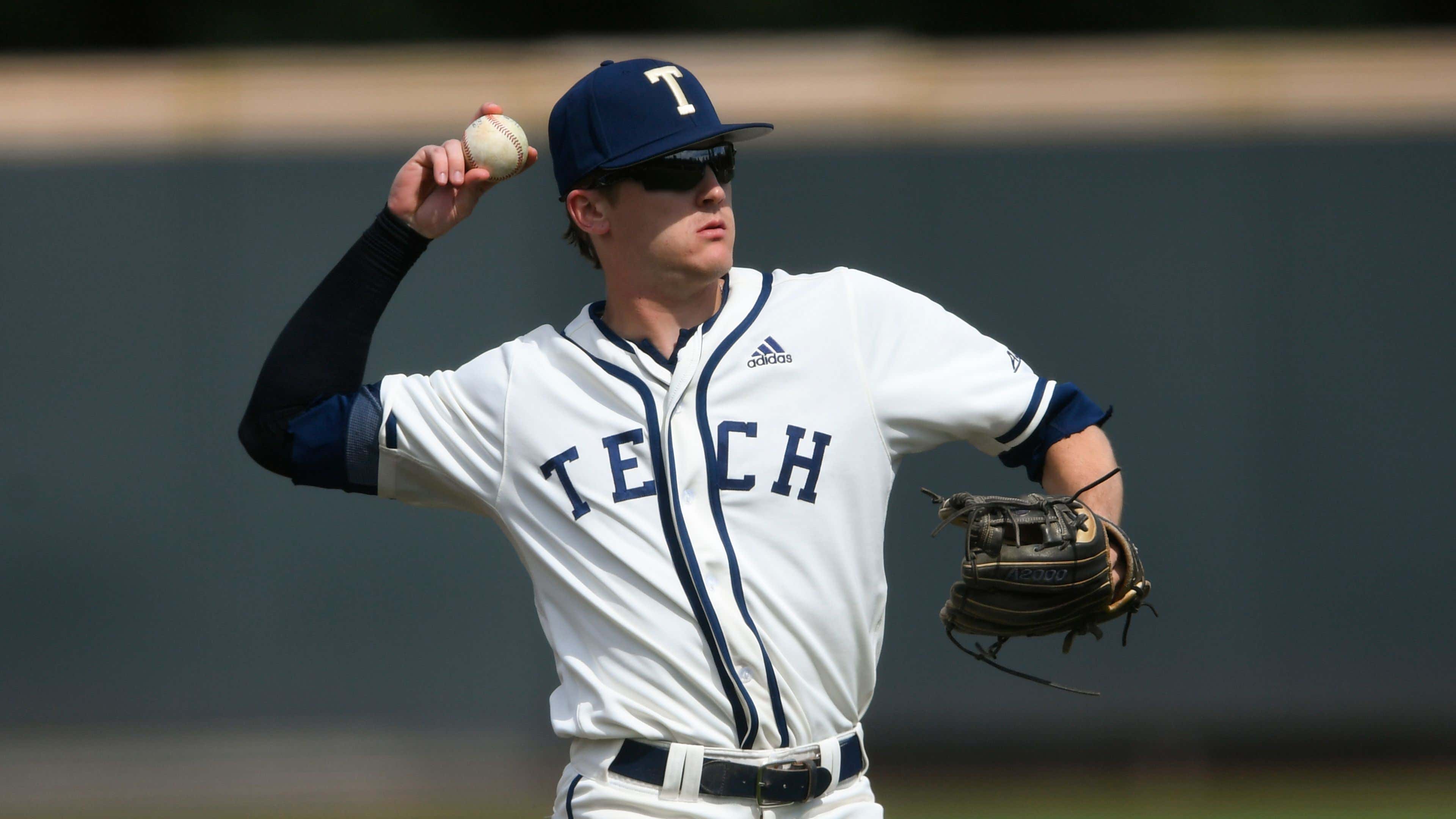 As the calendar has turned to March, everyone's attention is understandably on the college basketball hardwood. But even as we have reached Championship Week and can practically taste the NCAA Tournament, college baseball rolls merrily along. Here's what happened across the country this weekend.

Georgia Tech made a ton of noise over the weekend, as the Yellow Jackets ascended to No. 7 in the country following a series win over then-No. 5 Louisville — in this house, we use the D1 Baseball rankings, not whatever cockamamie poll Tech used to claim they beat the No. 1 team in the country. Regardless, it was a very impressive series win and right now, I'd probably say the Jackets are the best of the rest after the top five teams in the country, all of which come from the SEC.

Probably the most impressive series win of the weekend came from Oral Roberts, which went on the road to No. 11 LSU and took two of the three games from the Tigers. These two teams played one of the weirder baseball games I can remember on Friday, with ORU jumping out to an 8-0 lead in the first inning that LSU promptly cut to 8-7 before the Golden Eagles exploded for 15 more runs to win 22-7.

Boston College Comes Back From Down 9-1 in the 9th

In a series that came together just days before it was played, Boston College went to Auburn for what turned out to be some of the most entertaining baseball of the weekend. And in the series finale, the Eagles found themselves down 9-1 in the 9th inning before scoring eight runs to tie the game — all with two outs. And then Luke Gold came up in the 10th inning and hit a two-run shot to left field to give BC an unbelievable 11-9 win.

Boston College is now ranked No. 17 in the country with its 8-2 record.

Tim Elko from Ole Miss earned POTW honors this week with a casual five-homer week in five games. His fifth was a huge three-run shot that helped the Rebels secure the sweep of Belmont.

Jackson Fristoe went six innings of no-hit ball for Mississippi State before three other Bulldogs came on in relief to finish off the no-hitter of Kent State. And with two outs in the 9th inning, it looked like the Golden Flashes may have found a bloop hit before MSU's Lane Forsythe made the play of the day to end the game and preserve the no-hitter.

Uniform of the Week: Georgia Tech

Gold is a color that you better get right, particularly if you're going to go with jersey and pants. But Georgia Tech has had some pretty good uniforms since it switched from Russell Athletic to Adidas and this one is top-tier. Not a bad weekend to establish yourself as the class of your conference and earn Big T's Uniform of the Week. Both equally impressive accomplishments IMHO.

The Home Run Hammer is the most electric thing in sports right now. If I played on another team and hit a home run and didn't get to swing a sledge hammer on my way back to the dugout, I'd feel incredibly cheated now. This is cooler than any turnover prop a college football program has come up with to date.