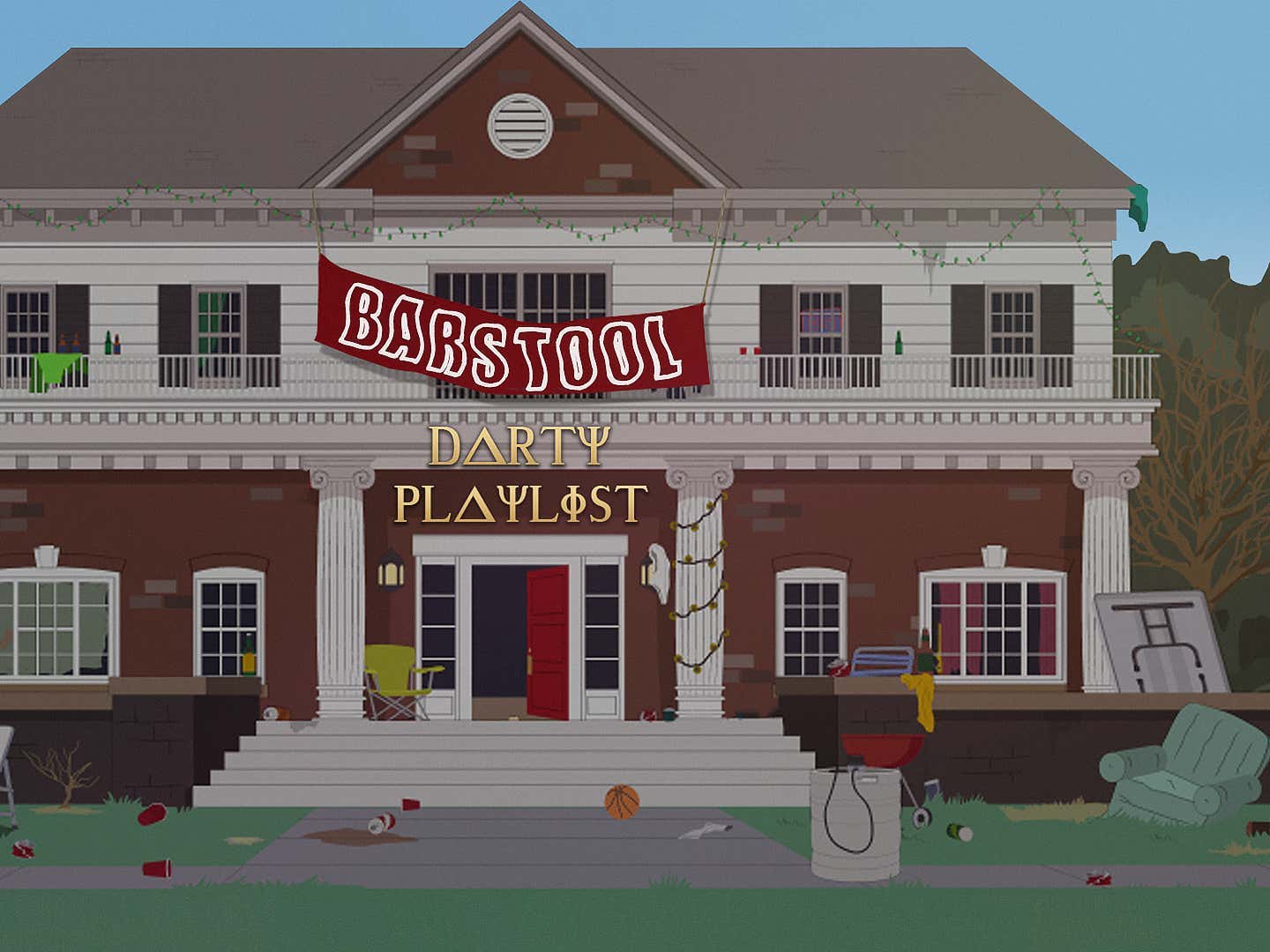 I did a blog last week about the most fucci / dummy jerseys to go day drinking in and got quite the response. Obviously, people have the same passion I do, and most people do, for beautiful weather, friends, and having drinks.

So now that we have the apparel down, I figured it'd be best to collect some of my favorite + my fellow pals and coworkers go-to song to put on at a day party. You get one shot. The "aux" is in your hands for just one song. What are you going to? Here's how Barstool responded:

Interesting choice from Mush here, but I can definitely see this as one of those drunken singalong songs that gets the ladies going especially.

Nick Turani: "It Girl' by Jason Derulo every fucking time"

Very on brand for Nick here. About 95% sure this is a bit / joke, but hey we were in high school during the Jason Derulo heyday so maybe this is just one of his go-to jams.

Same story for KB as we saw with Nick.

I don't know why this makes so much sense for Feits, but it just does. This one is for all the "cool" kids who "didn't listen" to "punk" type music to come together with the openly emo-type kids to unite as one in song.

Kayce: "Do Something Crazy" - Outasight

Outasight made this song with these days in mind. You don't name a tune "Do Something Crazy" without that being the thought.

Now we're getting into some of the house / EDM music type of stuff you hear in the front yard of a frat house.

Brandon Walker: "This Is How We Do It" - Montell Jordan

Expected nothing less from Brandon Walker, known 90's hip-hop enthusiast. This not only fits for a day party, but any party, pregame, or get-together. "it feels so good in my hood…toniiiight"

First real surprise of the day, but I can see Hank getting down to this on vacation.

Big Cat going with the more "easy listening" approach to day drinking. Nothing wrong with that. Can't go hard to house music all day. Gotta start with something like this, maybe even put it on as halftime. Or, just kick it by the pool and relax to tunes like this all day.

This song is so 90's it's insane. I mean, immediately flashed back to being like 6 years old with this song playing as the background of some random airline commercial.

Coley Mick: "The second biggest song of all time. The only song to chart in two centuries. “Smooth” by Carlos Santana (featuring Rob Thomas)

Coley with the facts on "Smooth". Tough to argue.

Ahhhh we're officially in an American Pie movie with this one. Cue the transition scene where the guys are riding on their way to the lake house. Another banger of a singalong.

Let's put Clem's pick aside for a second to just acknowledge that this video has 1.3 BILLION views on youtube. Billion. Like Bobby Axelrod. That's nuts. I was a senior in high school when this song came out so I'm sure the group of girls my pals and I hung around with contributed probably half of those but still that's an asinine number for this song. "Intl Players Anthem"? Nope. "New York, New York" not even close. 1.3 billion for Carly Rae. Fun song.

PFT: "All Summer Long" - Kid Rock "it’s a mix of two of the best songs in rock history plus you get Kid Rock on there too as a bonus"

Little known fact, PFT actually stood in for Kid Rock in some of the scenes for this music video. Gotta be on a boat or drinking some Natty lights or both while listening to this one.

Yessss. Very on brand for Robbie Fox. So many great aspects of this song to throw on at the darty. I assume it would serve as a change-of-pace that everyone goes "oooooh" when it comes on. Plenty of opportunity for air drum / guitar solos. The last drum riff (?) has everyone playing them before one big slam. Great buildup. Great finish. Great choice.

Number 1 here. Dana took mine. If you were in high school / college in 2011 you know that really, truly, this is the only correct answer. Expected nothing less from Dana Beers.

Vintage feel. Giving me some Prince vibes. I dig it.

I've tossed and turned over this one. A lot of good choices from my peers. A few head scratchers, but that's the beauty of a day party playlist - sometimes the more you scratch your head when a song comes on the better it eventually becomes. Play "Blue" by Eiffel 65 at just the right moment and you may remember that day forever.

But after much deliberation I think I've found my final answer for my go-to:

It's the perfect mix of upbeat but not some crazy house music shit feel. 90's hip hop IS the day drinking playlist in my opinion. Such good feels. Can dance. Can bob your head to it. It just brings good ~vibes~ every single time.

Hopefully these provide a little inspiration this weekend when you're at the day party of your choice.