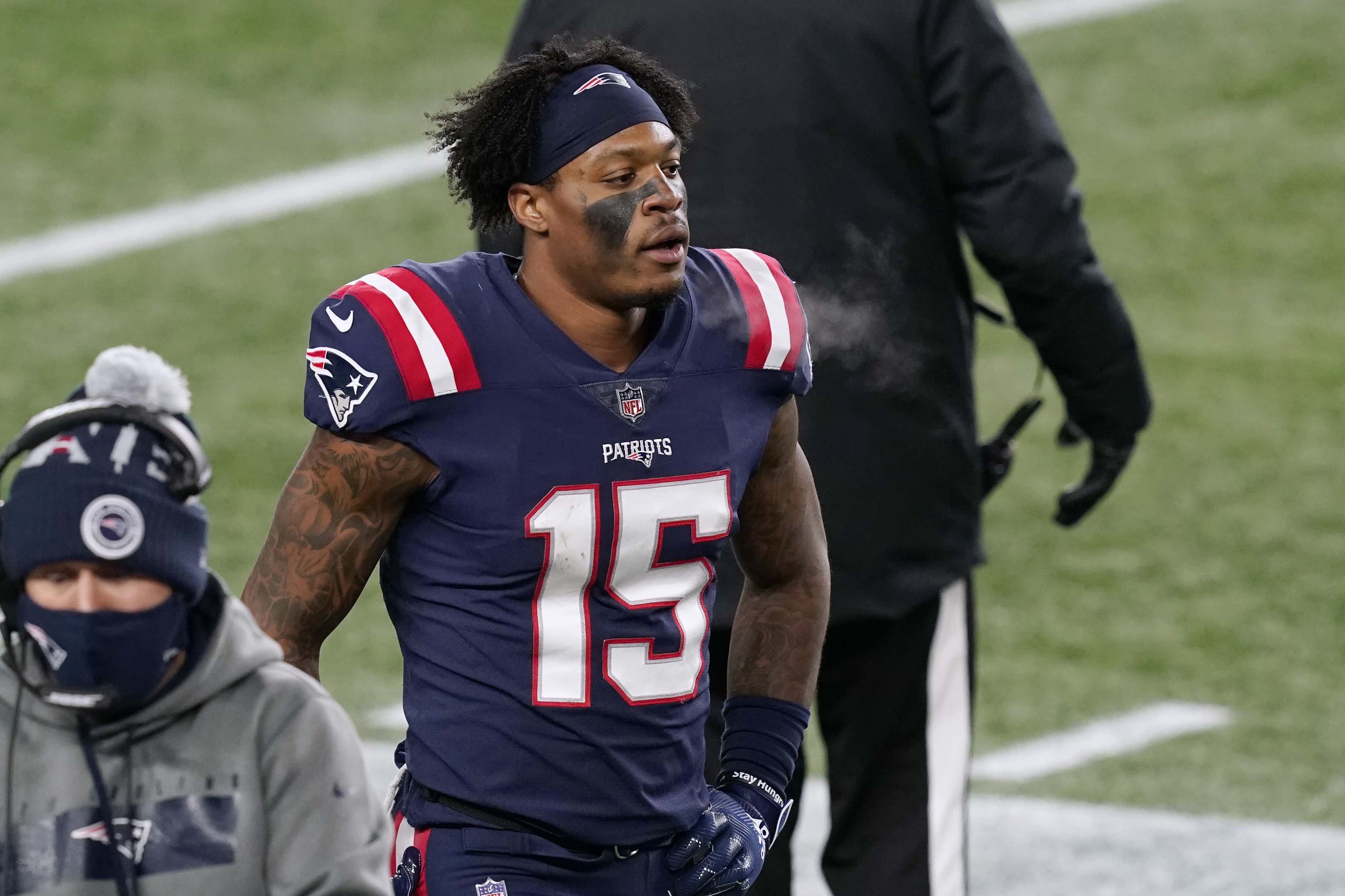 By now, short of ordering Rosetta Stone and learning a new language, I've run out of ways to express what a major letdown N'Keal Harry's career has been to this point. Not that you, the abstract, collective Patriots fan I'm addressing this to in my head needs to hear a new way. So I'll stick to playing the hits that were topping the charts the last time I brought it up:

If I recall correctly, I jumped off the Be Patient train with Harry in the Week 7 Denver game when he took 30 passing snaps and was targeted twice with no receptions. But it was when the Pats got lost in Arizona Week 12, he posted another zero but added two drive-killing penalties that I stuck the Superhero Landing.

Things improved from there, but just barely. And only because they couldn't get worse. Harry's three-catch, 49-yard game against the Rams (in a blowout) was his only game down the stretch he had more than 17 yards. In the last three games combined his line was 3 for 32, 8.0 YPC, 0 TDs.

So given all that, you'd naturally assume he's a guy who's under as much, or more, intense heat as any player entering his third season in the entire league. But if so, he claims he's not feeling it.

In an interview with the Boston Globe, Harry addressed a few issues. The obvious one being him saying he'd love to have Cam Newton back. Because it's obviously the polite thing to say. And I'm sure Harry's parents impressed upon him that good manners go a long way, just as my mother did. (Side note: It turns out they actually don't.) He says he's been working out as hard as ever. The interview also takes a weird turn into what basically sounds like paid content for this football pitching machine he's using. Which is maybe how the Globe landed the interview. But I'm just spitballing.

Where it gets interesting to me is this part:

“No,” Harry said. “To be honest, I’m just having fun with it and enjoying the game.”

As for his goals for next season?

“I just want to be able to play to the expectation that I put on myself,” he said. “And at the end of the day, I just want to win. That’s all I really want.”

And what would he say to those doubting him after his first two NFL seasons?

“Nobody’s expectations are going to surpass the expectations I have for myself. To the naysayers, I don’t really have anything to say. I’m not worried about them. I’m pretty unfazed by them.”

I don't know. Who am I to criticize a guy for saying he's not feeling any pressure? To judge what a gifted athlete's mental approach should be? I'm an aging, sedentary slob who burps the alphabet all day. I don't know what should go on inside another man's head. Maybe calm and collected is the right frame of mind for the guy. Sure, they say pressure makes diamonds. But it also makes rubble.

So he maybe Harry not feeling pressure is for the best. But it doesn't mean that pressure is not very much what he's under. In some ways, like I said, under as much as anyone in the NFL. This season he will be made or he will be broken. You simply can't imagine a third scenario, even if he is a first rounder. The team that drafted him gives none of the fucks where you came from - a big school high pick or a small school UDFA - you will be evaluated on your value and nothing else.

Year 3 is critical on the Patriots. They'll be patient (to a point) with a rookie. Even to the point of redshirting them at times, like Damien Harris. They'll hope for the coveted Year 2 Bump. But by your junior year, if you're not getting your grade point up over 3.0, they'll expel you. Consider Aaron Dobson, who after a promising rookie season (37 receptions, 514 yards, 4 TDs) regressed, got hurt, and was gone in three years. Josh Boyce and Taylor Price never showed the promise to make it even that far. And the infamous Chad Jackson (the 36th overall pick) was released after getting hurt in his second year.

And if Harry loses his spot in New England, it's hard to imagine anyone picking him up as anything more than a cheap depth guy.

So I'll respect his mental approach. And you always like to hear that a guy has higher expectations for himself than anyone else and he's unfazed by the naysayers. And nobody would be happier to have their doubts thrown back in their pasty face than I would. It would fill my heart to be proven wrong. But feeling it or not, N'Keal Harry is under all the pressure a highly drafted football player can face.