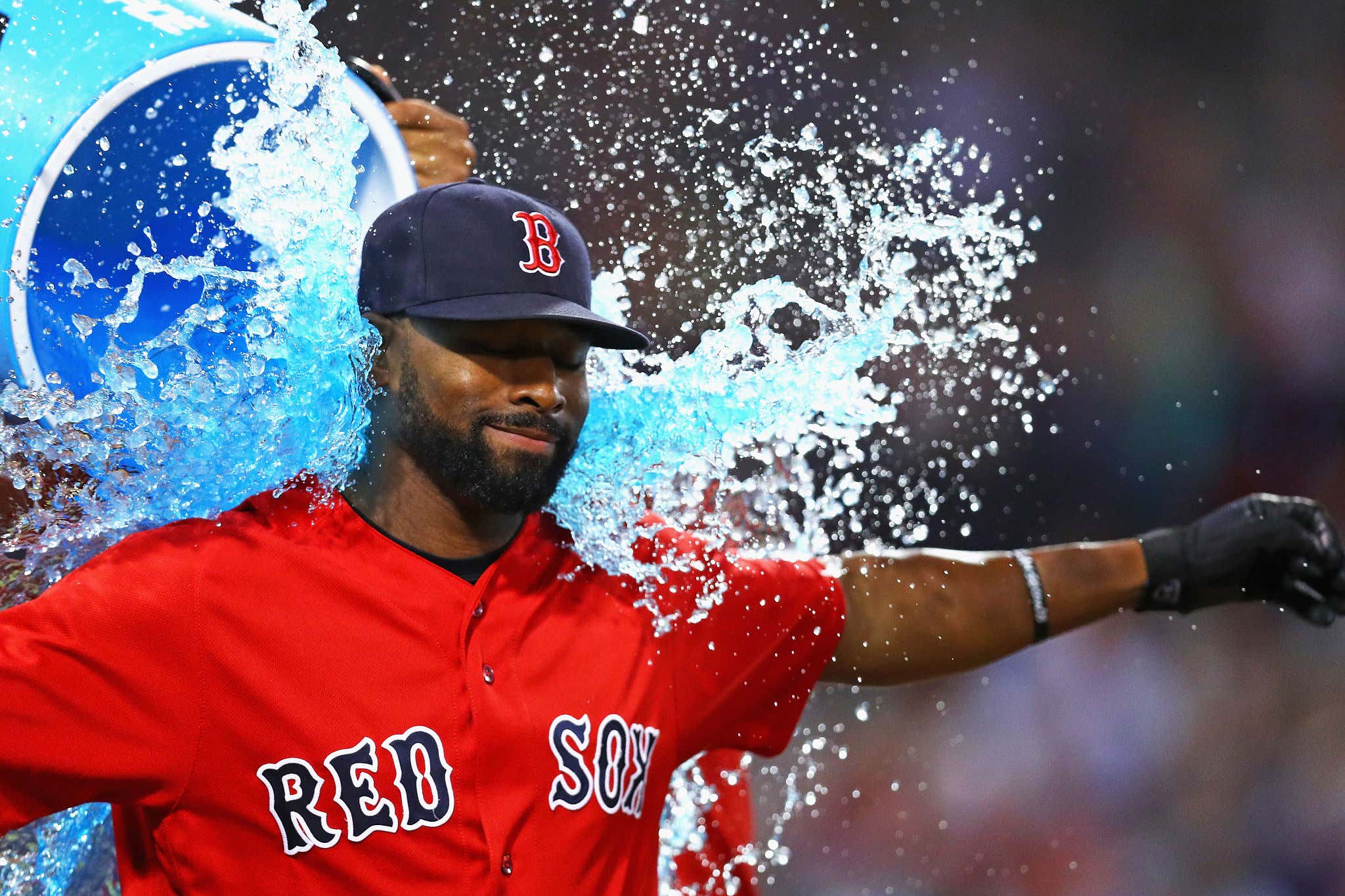 And just like that, one of the best outfields in Red Sox history was gone just three years after winning a World Series together.

First it was the painful Mookie Betts trade to the Dodgers, then Andrew Benintendi was flipped to the Royals, and now Jackie Bradley Jr. has signed as a free agent with the Milwaukee Brewers. Each one of their departures we at least knew were coming for some period of time, however big or small, but I think the writing was on the wall with Bradley at the end of the 2020 season. There's always some level of uncertainty for a player as he heads into free agency, but the Red Sox maintained their interest in the outfielder throughout his free agency process. To what level, we're not really sure. At this time, we don't know that an offer was even made, just that they had kept in touch.

But when team photographer Billie Weiss did a photoshoot with Bradley at the end of the season and Jackie's wife made a heartfelt Instagram post at the conclusion of the year, you kind of got the sense that the Gold Glover was not going to return. It was a hell of a ride, though. From making the Opening Day roster in Boston's championship season in 2013 to winning the ALCS MVP in another banner year in 2018 and all of the highlight reel catches in between, Bradley was the greatest defensive centerfielder that I, and many others, have ever seen in a Red Sox uniform. Sure, you'll have the negative fans who will cite the inconsistencies at the plate, but the value that he brought to this team in the outfield cannot be overstated and I'd imagine it will be appreciated even more in the years after he's gone than when he was actually here.

Do I think Bradley was taken for granted? Absolutely. And I'm sure a lot of folks will feel that way in the years that follow, as balls that were caught with ease by Bradley become doubles or base hits. Nothing against Alex Verdugo -- I think he's a great outfielder -- but nobody that the Red Sox currently have, or perhaps have ever had, could reach the bar that was set by Bradley from a defensive perspective.

As a Scott Boras client, you knew that this wasn't going to be an easy process. Reports out of New York, as Bradley was heavily linked to the Mets, were that Boras was seeking out a four-year deal for his client. Bradley ended up with a two-year deal worth $24 million, which includes an opt-out after the first year, per Jeff Passan. Bradley now moves from one great defensive outfield to another, as he joins Christian Yelich and Lorenzo Cain in Milwaukee, one of two outfields in baseball that has all Gold Glove winners. The other being the Dodgers, who have the aforementioned Betts in right field.

So, where do the Red Sox go from here? Well, this means that Verdugo now moves to centerfield. You'll have Hunter Renfroe in left and Franchy Cordero in right. You'll also see Kiké Hernandez get some at-bats in the outfield as well with Marwin Gonzalez in the mix, too. Assuming Yairo Muñoz makes the team, he'll also see some time in the outfield. It'll be different, that's for sure.

I'm just glad Jackie got paid and has the chance to play everyday in an organization that fits his strengths to a tee. It's a laidback clubhouse that fits his personality and he'll get to link back up with Travis Shaw who recently re-signed with the Brewers and will be competing for the everyday job at third base.

Thanks for the memories, Jackie. I'm not sure we'll ever see another centerfielder who was as great as you.