ICYMI, we had Paul Bettany on right around when the second ep of Wandavision dropped. We got to talk a straight half hour about Marvel and he was an absolute treat! He even started off the pod by complimenting my obviously great style.

You can listen to that full pod HERE.

The big moment of the interview, though, was when he dropped the fact that there was going to be a BIG appearance by an actor that he had always wanted to work with. He even went so far as to say he has "fireworks" with them and that all their scenes are a blast.

Naturally, as with any big Marvel scoop, this made the rounds everywhere that published pop culture news. 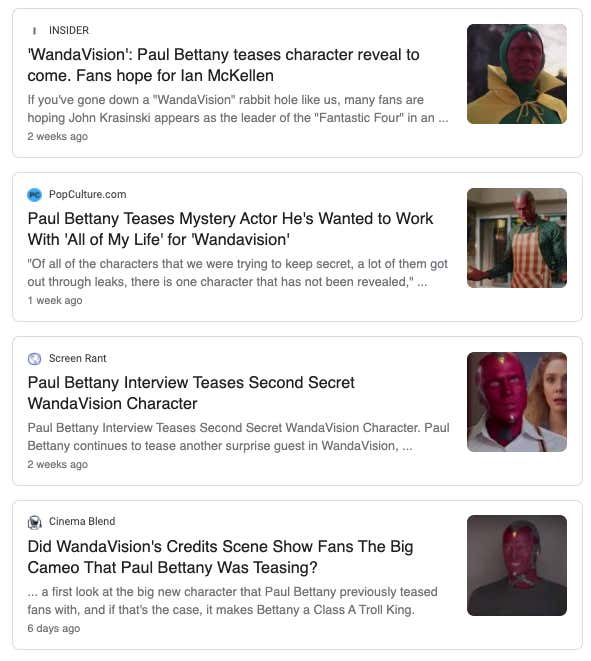 Then, the last episode of WandaVision happened.

At the end of the last episode, we see that SWORD and director Hayward have made their own version of Vision. Albeit their version has more of a pearly, cum-like complexion. The second that scene happened, my heart dropped. "There is no way he would fuck with us like that right? He was so nice! He helped us make the news! He complimented the jacket that I bought at a thrift store!" As much as I wanted to deny it, our listeners were more pragmatic.

I've never felt more betrayed in my entire life. In fact, let me make this decree:

Paul Bettany, hear my words! You have a LIFETIME BAN from coming back on LCB.

That is, unless you ever want to come back on. I'd love to talk about 'Master and Commander' and 'The Davinci Code' since we didn't have time to before.