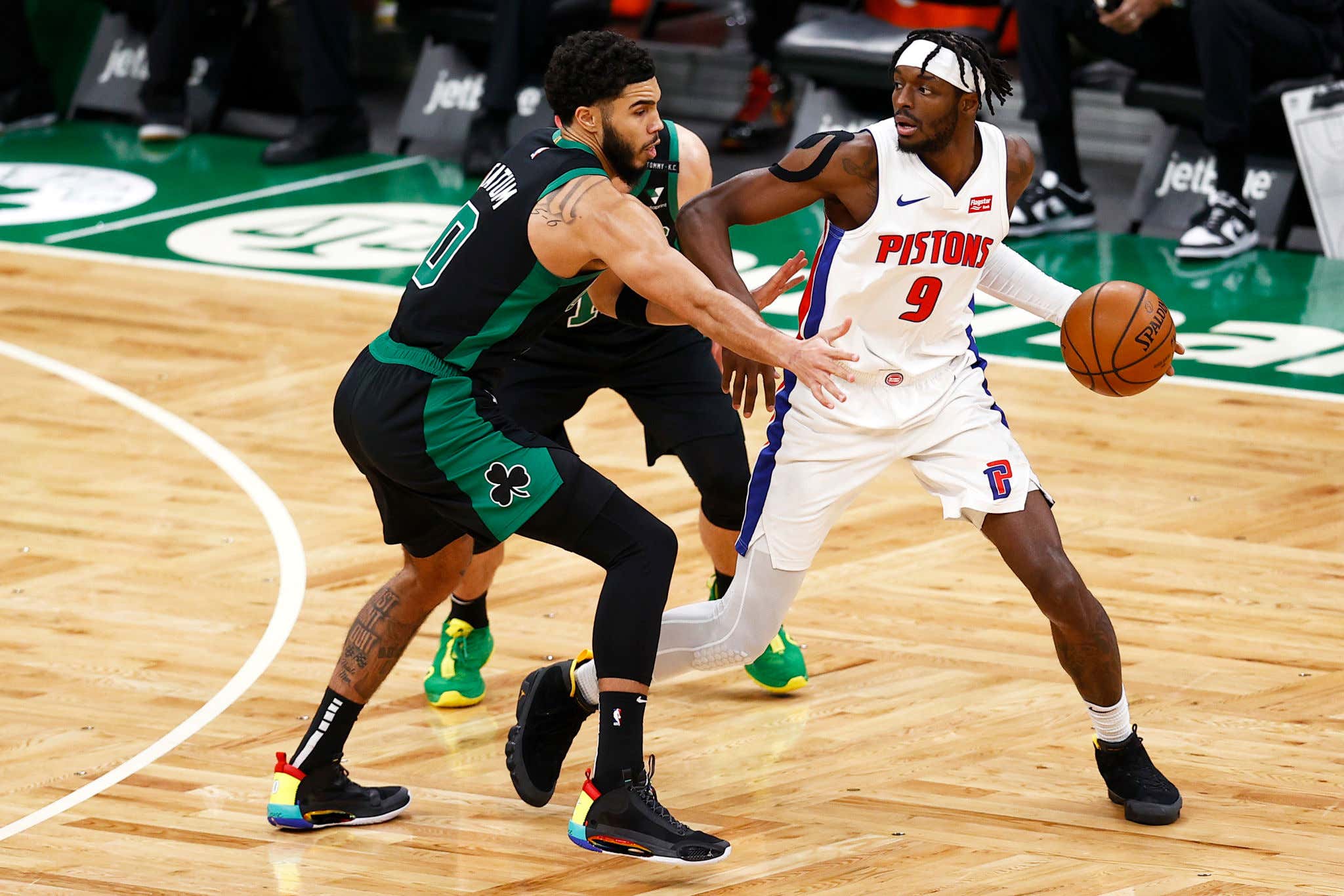 If there is every something on the internet that I would call a "must read", it's Shams' NBA trade column. How could it not be as we quickly approach the trade deadline.

My process is pretty simple. I click it, then first scan it until I see the words "Boston" "Boston Celtics" or "Celtics". You'll never believe this but they were mentioned a few times in this bad boy. Starting with something that literally made me spit out my coffee that I was actually drinking

Among top trade targets for the Celtics: Detroit’s Jerami Grant, sources said. Grant is having a breakout season, averaging 23.4 points, 5.3 rebounds, 2.9 assists and 1.1 steals per game. He is a leader for the Most Improved Player of the Year award.

I mean of all the rumors and players we've heard Ainge tied to, not a single person before Shams has told me the name Jerami Grant. I just have a really hard time understanding how that would be possible. This is a man that turned down the same money to say on a competitive team with NIKOLA JOKIC passing him the ball because he wanted to be a #1 option. He willingly chose Detroit. Read that again. It's worked out for him in terms of his production, he's had a great individual season despite the Pistons not being able to beat anyone (except the Celts!).

But…the Pistons just paid him to be the guy for them. We've seen what happens when guys are not happy in their role in Brad's system, now I'm to believe that Grant would be down to move to the 3rd or 4th option on a team that doesn't really know how to pass the ball? That feels like a ticking timebomb waiting to happen. I don't really have any interest in living that life again. Unless his agent somehow reached out to the Celts and begged Ainge to save his client and get him out of Detroit, I am confused.

Grant absolutely fills a need and would be a great addition, that goes without saying. His salary does fit into the current Hayward TPE at just $19M as well. Who knows maybe you toss the rebuilding Pistons like Romeo and two firsts. I'm just having a hard time understanding how this could actually happen. Feels like a smoke screen to distract from where they are really looking.

The Celtics and Hornets are among teams interested in Magic two-time All-Star Nikola Vucevic, sources said. Rival teams expect that any haul for Vucevic would have to be massive. The 7-foot big man is having his best NBA season, averaging 24.5 points, 11.7 rebounds and 3.7 assists while shooting 41.8 percent from 3-point range. Vucevic has spent nine of his 10 NBA seasons in Orlando.

This is a name you hear a lot from Celts fans. But you heard Shams. It's going to take a massive haul. You're probably looking at every good to decent young asset this team has. I'm talking Rob, Romeo, Smart, and all the picks. Is that worth it to you? Not only that, but his $26M salary is too high for the in season Hayward TPE unless you make other moves to get under the hard cap. That's not as daunting if you have to move someone like Thompson to get there, but if it also takes Rob in order to make that trade you're only bigs left are Vuvecvic, Theis, and maybe Grant. If it also costs Smart, are you better?

That's why I've been telling people to not even waste the time dreaming about Vucevic. You aren't going to like what it costs to get him.

I keep going back to the #1 rule when it comes to Danny Ainge trades. If we hear about it, it's not happening. I'm not saying these reports from Shams aren't true. I'm sure the Celtics are interested in two very good players. But they don't feel realistic to me. It's a dangerous game to just assume the Celts are going to get the best players from other teams without giving up anything real, and even that might not even be enough. That's why this feels like a smokescreen to me.

Isn't it weird that if they were looking for a veteran wing, there was no rumblings in that article about someone like Harrison Barnes? A player on a team that is sinking and destined for the lottery? That has my attention more than hearing Jerami Grant's name. I wonder if they were one of the teams not mentioned by name that called about DeRozan.

Either way, just brace yourself because shit like this is only going to heat up these next few weeks. But Jerami Grant to the Celtics? Yeah I just can't see it as much as I would love to add his talent and versatility to the mix.