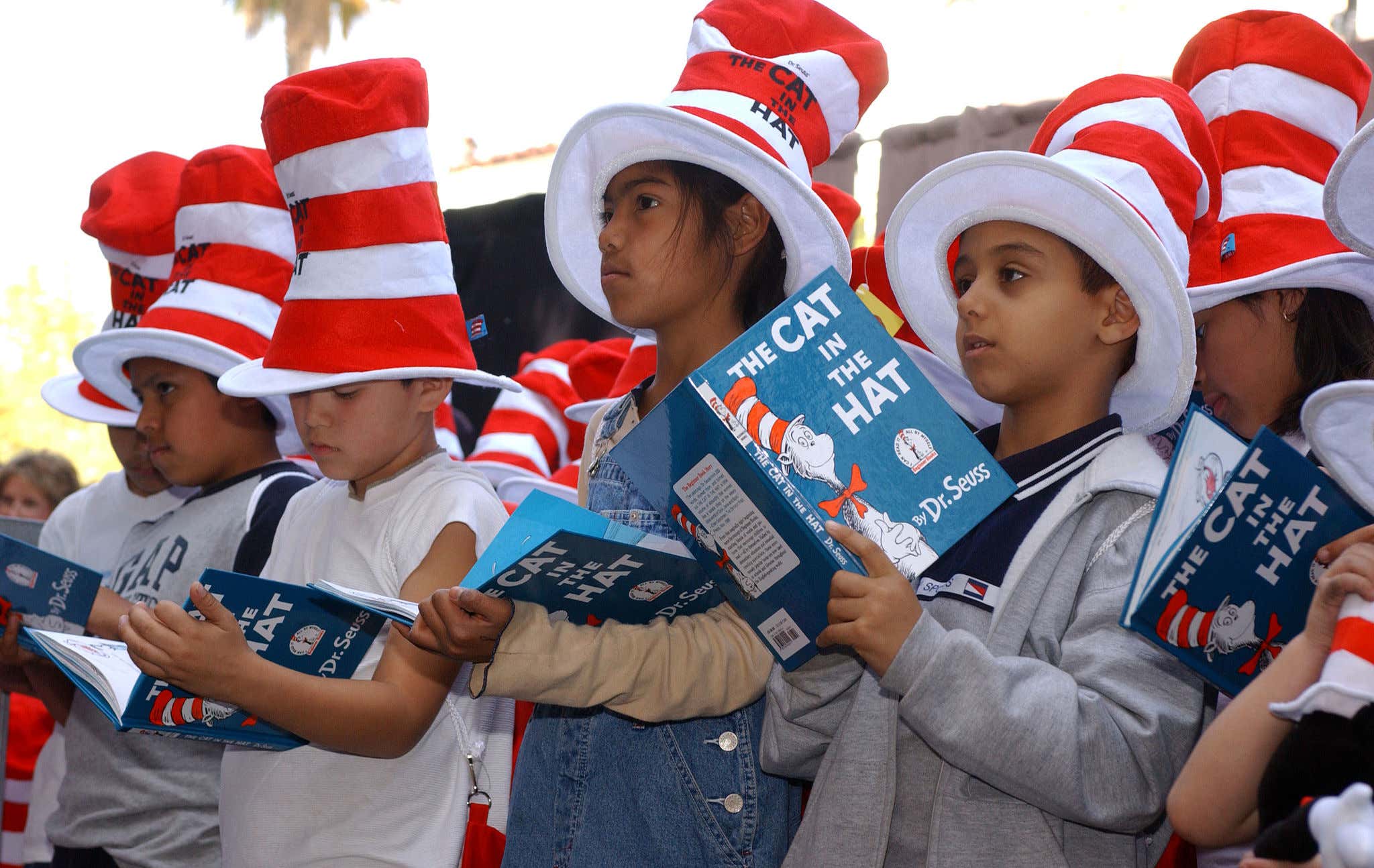 Yesterday I, along with everyone else with internet access, talked about the announcement that six of Dr. Seuss' old books would no longer be published because of they "portray people in ways that are hurtful and wrong."

tl;dr, I didn't have a major problem with it. Not like I would if books were being banned or taken off library shelves or whatever. A publishing house deciding they don't want to roll new editions of old kids' books out of the printing press tjhat they find disturbing seems less like censorship than it sounds like just a business decision. And if someone else wants to buy the rights to obscure titles like "Scrambled Eggs Super!" or "If I Ran the Zoo," print fresh copies, no one's stopping you. Though I wondered who's going to buy them.

That was yesterday. Today we've got our answer. And the answer is … pretty much everybody. Something I discovered from Jordan Peterson:

Here are the screencaps from Amazon's Best Sellers page as of a few minutes ago: 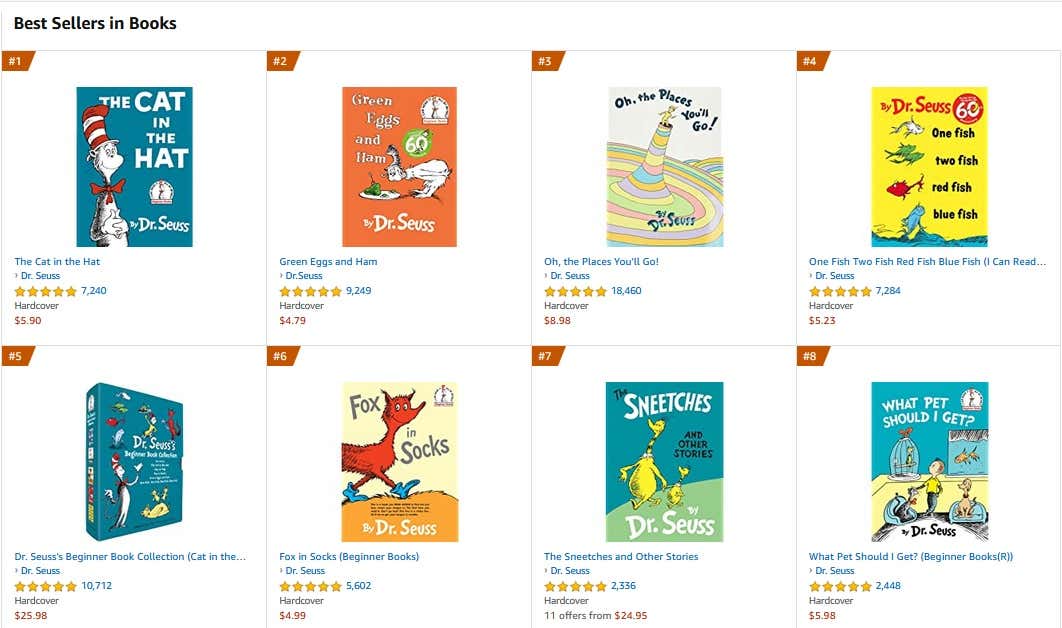 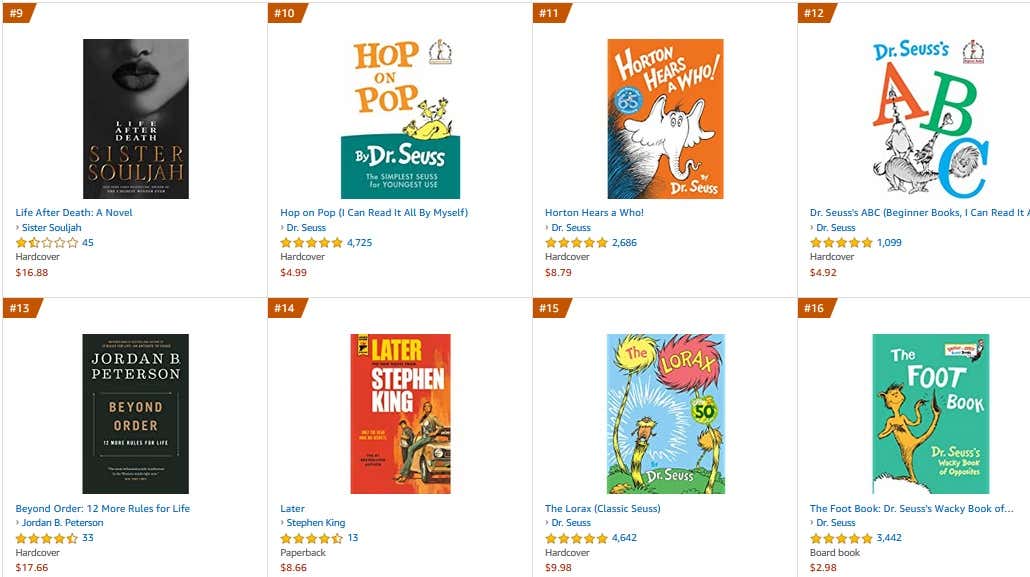 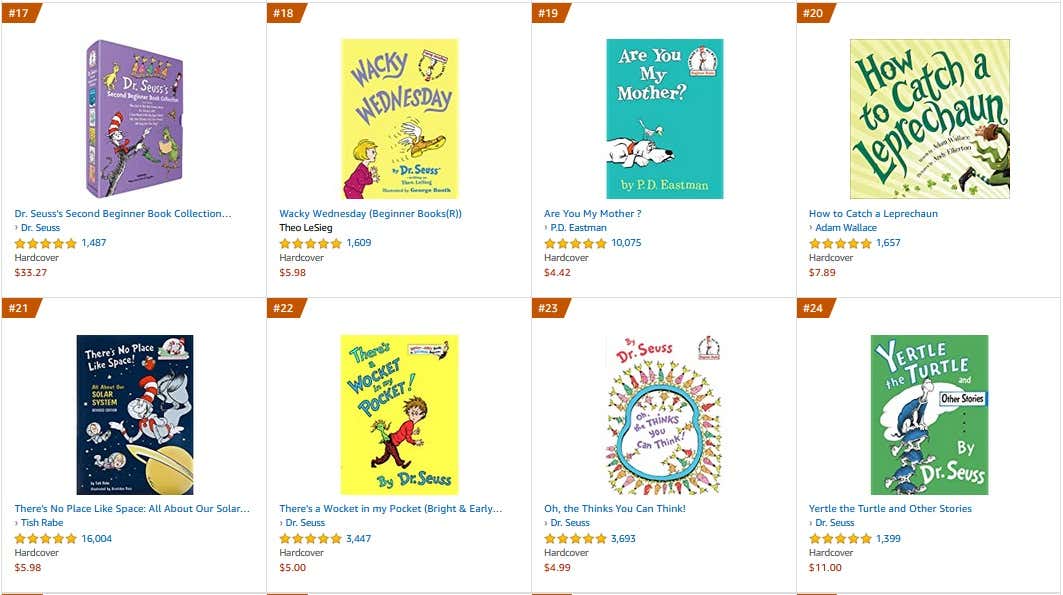 And that's just the first couple of dozen. It goes on. And on.

Source - Sales of Dr. Seuss children’s books continue booming a day after the left tried to “cancel” the author’s works on his birthday.

Dr. Seuss’s books were among the leading 42 titles on the top 50 list of Amazon’s “movers and shakers” on Wednesday morning after the ban was announced. …

Fans of the author rushed to purchase not only the banned books online but other copies of the beloved author’s works.

On Wednesday, the banned title McElligot’s Pool sat in the number two slot of the Amazon list with a sales ranking jump of 1,489,452 percent.

Other more popular titles hitting the charts were The Cat in the Hat, How the Grinch Stole Christmas, Horton Hears a Who, Hop on Pop, and There’s a Wocket in my Pocket.

Well there you have it. The people have spoken. Given the fact that two days ago not one of these books was in the Top 50 in sales and today 42 of them are, pushing Sister Souljah, Peterson and even Steven King down the Best Seller list - tells us everything we need to know.

It's not the books the public wants so much. If that was the case, they would've been buying them all along. What the public obviously wants is to push back against Cancel Culture. To slay that dragon once and for all. And if that means slapping down $4.99 for "Oh, the Thinks You Can Think" and $5.98 for "Yertle the Turtle," well then by God they will. Even if it means the money ultimately goes to the very company that's taking those six titles away.

Agree with the decision to stop publishing the books or not, you have to agree this is meant as a giant Fuck You to the PC culture. On a grassroots level. Because unless I miss my guess, this wasn't some organized protest. As far as I know no one launched a campaign to buy up all the Dr. Seuss titles en masse to stick it to The Man. It seems to me this is just people on a massive scale being fed up with being told that everything has to conform to someone else's idea of what's proper and allowable. Even if it means talking with their wallets, buying books they didn't didn't care about 48 hours ago. God only knows how many copies of "McElligot's Pool" sold in that 1,489,452% increase will sit unopened on a shelf collecting dust. It doesn't seem to me that reading the books is what any of this is about. The point of this is to send a message.

Hate the old content or not, want to see Dr. Seuss banned or not, you have to respect the depth and breadth of the sentiment here. The country has had it with canceling things. The people most definitely have spoken.