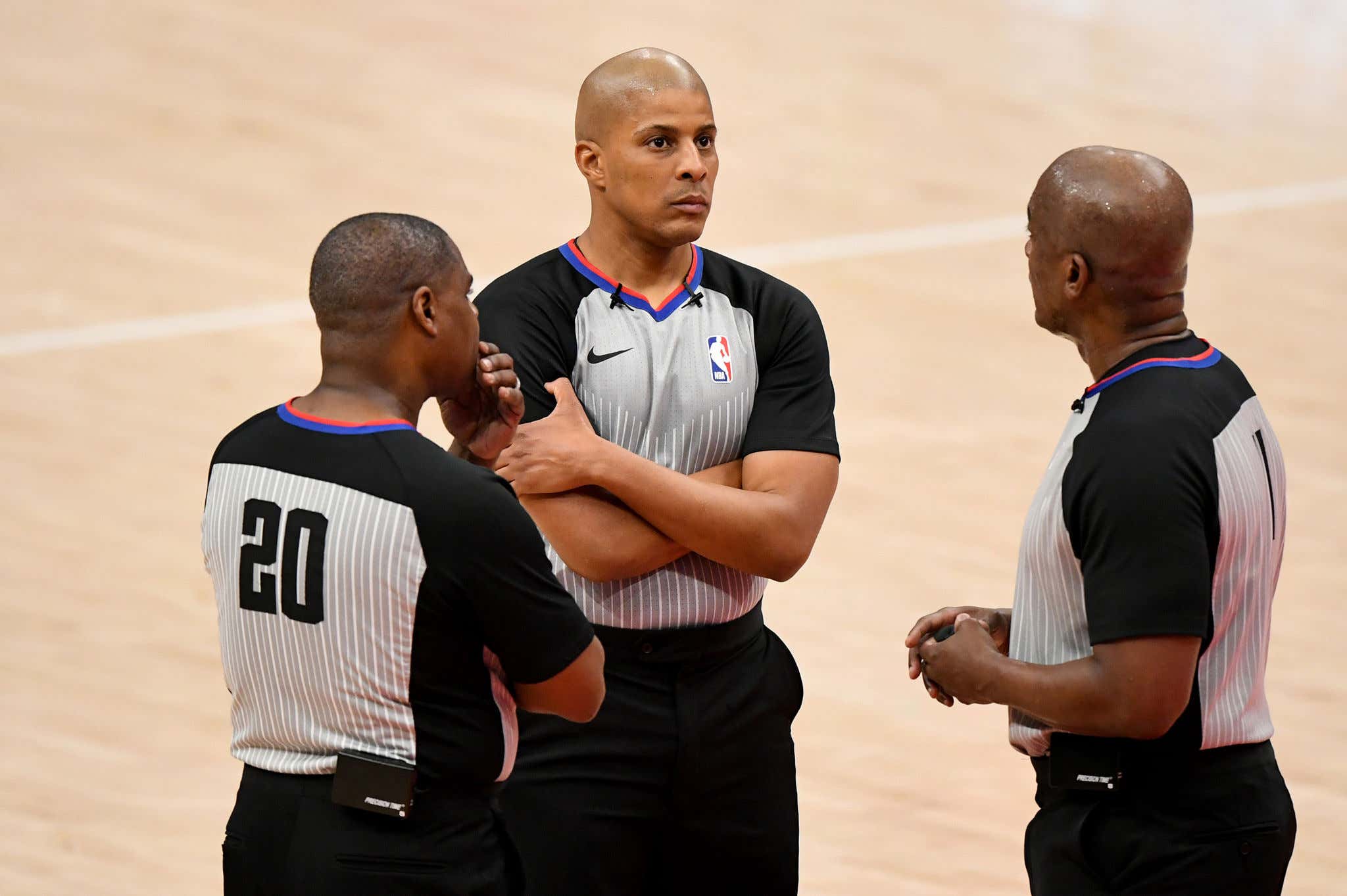 Well after what we witnessed last night, I feel like there's another issue that Adam Silver needs to address over the break. If you missed the Suns/Lakers last night, you missed what happened to Devin Booker. Allow me to bring you up to speed

Ah yes, a huge national TV game between two of the best teams in the Western Conference playing in a tight game in the third quarter. What a perfect time for the refs to completely overreact and make things about them by ejecting the Suns best player! That's what the people want to see. That's a great way to put your best product on the floor. What exactly did Booker do here that warrants two techs and an ejection? I mean what are we even doing here.

The thing is, this is nothing new. Remember when JJ Redick got tossed after getting a second tech for doing this?

Or the time Boogie was ejected after a second tech for what…slightly shrugging his arms looking for a foul which is what every single player in the league does?

The point is, this shit is a problem. The league cannot have their officials overreact like this. The Booker and Redick ones are especially outrageous. It's just not consistent. If LeBron or someone tosses the ball like that to a ref, are they giving him a tech? Of course not. You don't think players like Luka or Harden complain about non calls like Boogie did? Of course they do! I don't see them getting T'd up.

That Lakers/Suns game was wildly entertaining and there was no need for that type of overreaction. Luckily the Suns still pulled out the 114-104 win but that's not really the point. In such a tight conference, where head to head matchups are so important, we can't have officials take things into their own hands and toss a team's best player for basically doing nothing. Especially when those decisions could very well impact playoff seeding down the road. If a player does something that warrants a tech or an ejection, by all means give it to him. But that was most certainly NOT the case last night and there have been a handful of similar situations so far this season.

What can Silver do about it? I'm not sure. Maybe tell his officials to stop being so sensitive or something. Showing a level of consistency would certainly help. It's OK to swallow your whistle in situations like that. You don't need to be a hero, nobody is watching to see you, we want to see Booker vs LeBron in an epic showdown. You keep doing stuff like this, people will stop watching.

Maybe I'm just being a prisoner of the moment, but I feel like we didn't see this shit last year. Or at the very least it wasn't as consistent as it is this year. Every other game it feels like there is some sort of soft ejection that doesn't need to happen. This is where I need Adam Silver to show me he's a living breathing commissioner and step in. Fix the jumping into a shooter bullshit, fix his officials pulling shit like they did last night, and let's have ourselves a great second half of the season. Seems like a no brainer to me.