I am virtually certain this list was concocted solely for the purpose of having blogs like this one written about it, but when you see a list like this, I simply have no choice but to give in.

And I'm actually going to say something shocking about this list off the top: I think Zach Wilson at No. 1 is a position that will look somewhat prophetic in a few years. I don't know if he's going to be better than Trevor Lawrence, but I'm definitely not convinced Lawrence is going to come in and tear up the NFL during Urban Meyer's first stint as a pro coach. And I do think Wilson is going to have a very successful professional career. That is definitely not to say Lawrence will be bad or that Wilson will have a better career than him, but I think that's a position that will definitely be defensible in a couple years, even if everybody finds it insane now.

Where I really get lost is No. 4. I, uh ... yeah, I don't know, man. Kellen Mond over Justin Fields? Chris Simms has to be the only guy in the country who has Mond as one of the four best quarterbacks in this class. And while I certainly disagree with his evaluation of Mond in particular, somebody posted Simms' rankings from previous classes and he might actually be on to something. 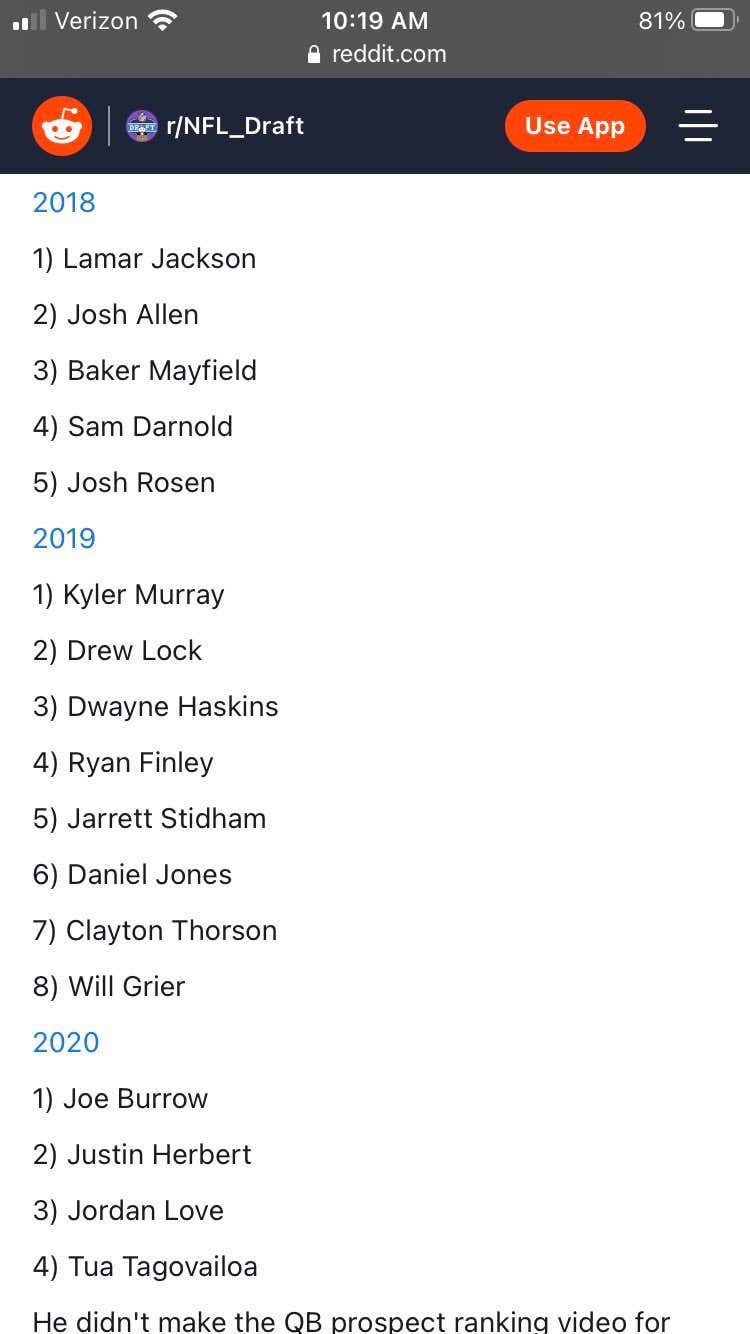 I think I may have just talked myself into Simms being right on his 2021 list just from seeing this information. He's just about nailed it the last three years, especially on guys like Lamar Jackson and Tua Tagovailoa — at least from the small sample size we've seen.

I definitely thought this list was insane at first glance, but I've actually come around on most of it. Only time will tell how Wilson will perform relative to Lawrence, but if Simms is correct about Mond, some team is going to get a heist in the later rounds.