Source - Boxing star Ryan Garcia is pointing the finger straight at Manny Pacquiao -- saying it's Manny who pulled the plug on their fight after offering it to Garcia earlier this year.

"Manny came to offer me the fight," Garcia explained on his way into Boa Steakhouse in L.A. on Wednesday.

"Obviously, I would love to fight Manny Pacquaio, but that's on him. That's on him." Garcia had announced the fight back in January -- posting on IG as if it was a done deal.

But, something went wrong ... and Garcia says the only person to blame is Manny. Still, 22-year-old Garcia is ready willing and able to fight ... if 42-year-old Manny ever decides to put pen to paper. 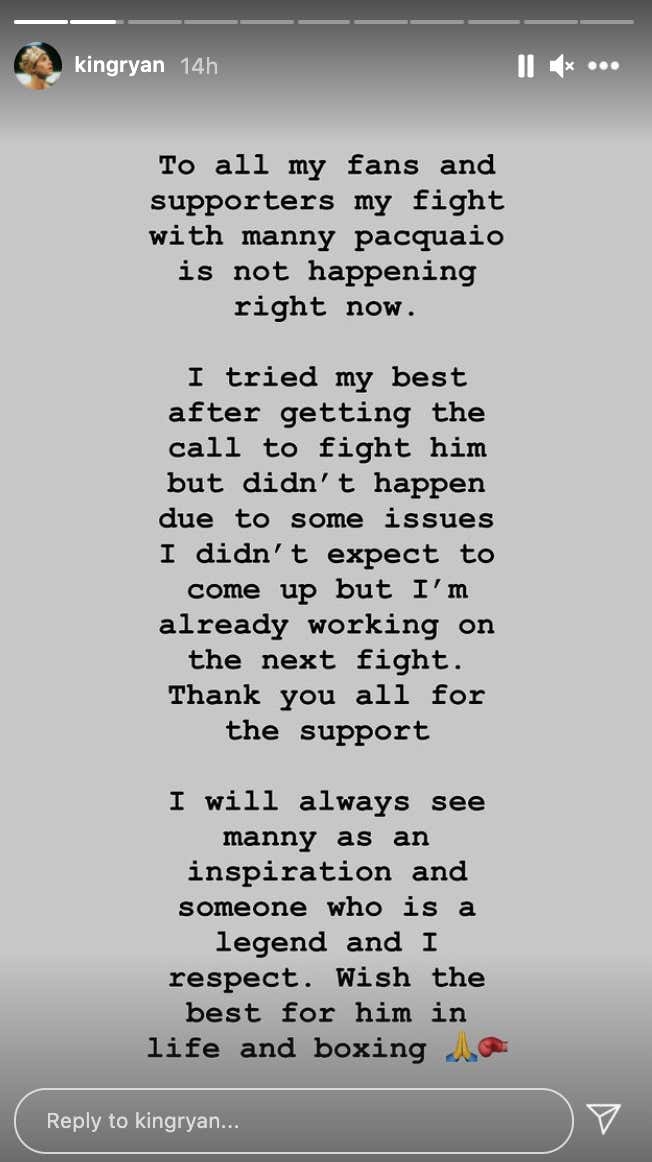 Instead, Garcia is focusing on lining up another opponent -- his priority is Gervonta Davis, but he's also open to fighting Vasyl Lomachenko.

Well that's that. I can't say I'm surprised. When this was announced back in January it seemed too good to be true. A 42-year-old Pacquiao VS the largely (still) unproven Ryan Garcia. The line was -125 for Pacquiao, which implies 53% chance of him winning, but most boxing experts agreed it was going to be a mollywhopping. A mollywhopping that would've made Garcia look like a buffoon considering how much time, money, and PR power has been invested in him. Which is why I think despite what he says, it was his team that called off the fight. I have no way proving that, but if I had to guess they probably drew up some outrageous terms that they knew the Pacquiao camp wouldn't agree to and that's why things came to an end. Regardless, whoever Garcia fights next is going to be a must watch. Chances are it'll either be Gervonta Davis or Vasyl Lomachenko both of whom would give him a run for his money. Oh well. If I were him I'd stick to social media. He's got 8.5 million followers on Instagram and 3.2 million on TikTok. That's more than enough to make a decent living without getting hit in the head. That said, he is one of the most exciting fighters out there right now so I'd love to see him in the ring. Here are some of his highlights. Enjoy...