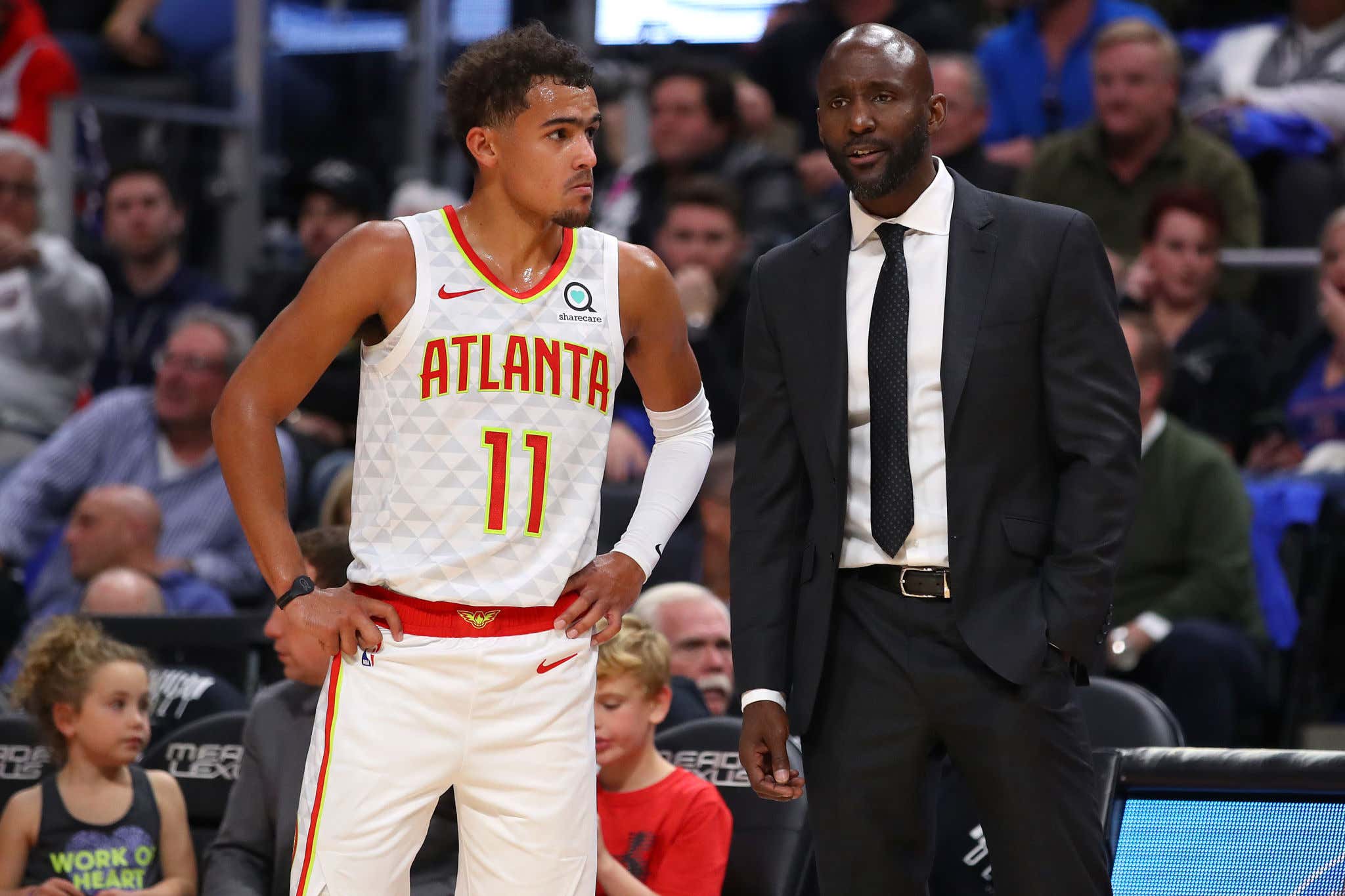 This offseason the Atlanta Hawks were one of the most active teams in the entire league. You got the sense that they were "going for it" in an attempt to show Trae Young that they were committed to building a competitive roster. Here's a quick recap of their free agent/trades completed this summer

Pretty much the entire basketball world loved what they did. They seemed to addressed their needs while also bringing in defensive minded guys to help make up for Trae Young's issues on that end. It's also fair to assume that when a team goes in like this during the summer, the expectations change. You are expected to deliver. Ownership and the front office was public about how their goal was to make the playoffs and that's what sparked those signings.

As we know, the Hawks are 14-20 and are on the outside looking in when it comes to the play in game. Yesterday, they made this move

Here's where things get confusing. The Hawks have been destroyed with injuries in the first half. Bogdanovic has played just 9 games this season. Their 3 and D win De'Andre Hunter who is currently taking a nice leap in his second season got hurt and has played just 18 games. Rondo has played only 18 games. Gallo has played just 22. You could make the case that we have no idea what this team is or how these new additions can help because they've barely played. Not only that, but did you know the Hawks have more wins against .500 teams or better than the Bucks/Knicks/Heat/Hornets? It just feels like a weird time to fire your coach when the coach hasn't even had his intended roster for the majority of the first half. In fact, their main guys have played just ONE game together this season. That's wild.

You can't help but think that everything the Hawks have done is to please their best player, Trae Young. Despite still being right in the middle of his rookie deal, it's clear the team is worried about him leaving. That's strange because even at the end of this deal he'd be a RFA and the Hawks can match any offer he gets. I highly doubt he'd accept his qualifying offer so he could then be an UFA. That almost never happens. So this is the pickle small market teams find themselves in. They have no choice but to do everything they can to keep their star happy. Depending on what reports you believe, Trae was already leaking that he was unhappy and tired of losing. What else was the front office supposed to do other than spend money and try and win now?

Think of the other side of the coin. If they did nothing and then Trae Young pulled a Harden, wouldn't everyone crush the Hawks for letting things escalate like that without improving the team? Of course they would!

The thing is, it's not like Young is blameless in the Hawks current situation. His defense is still a disaster. I wouldn't say he's shown any legit improvement on that end so far in his career. As the best player, that's on him. I also can't imagine they fired their coach without consulting Young. At least I would hope they did. Especially if you're so concerned about him potentially leaving, it would be silly to get rid of the coach if the best player was against it.

So my question is, what's the plan in Atlanta? Are they about to smash the restart button? They have a decision to make about John Collins, a player who wants max money and will most likely get it in RFA. Do they trade him in the next 4 weeks if they aren't interested in paying him that money? Was the franchise always looking to move on from Pierce and was just waiting for the right time? Because firing a guy who never actually got to coach the team that was built for him in the offseason feels weird.

It'll be interesting to see how they respond under Nate McMillian. Normally you see a little bit of a spark when a new coach steps in, but how much will that be the Hawks finally getting healthy. If that somehow doesn't change anything, then what?