Down goes Baylor. Not exactly a shock. I mean Baylor didn't look good against Iowa State coming back after COVID break. We'll get into that in a second. This blog is all about how fucking relentless Michigan fans are. 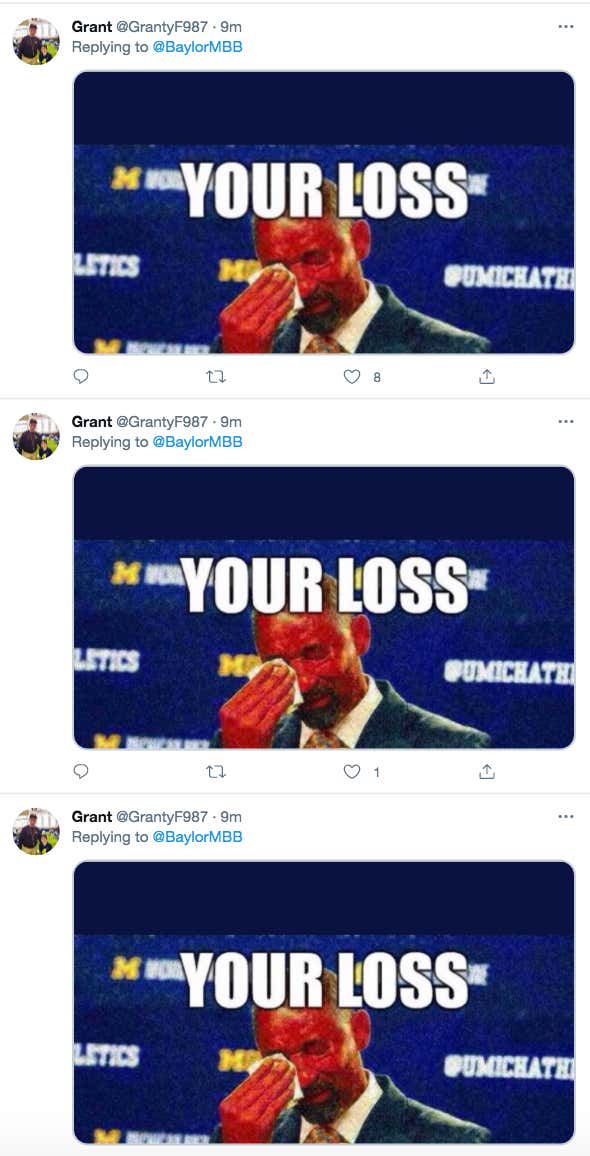 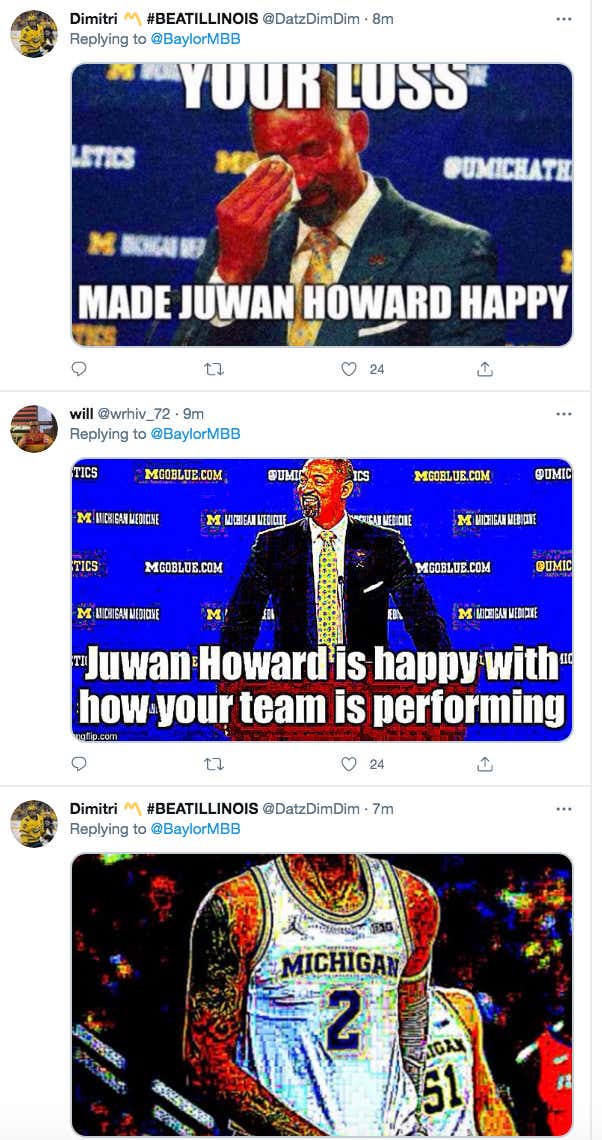 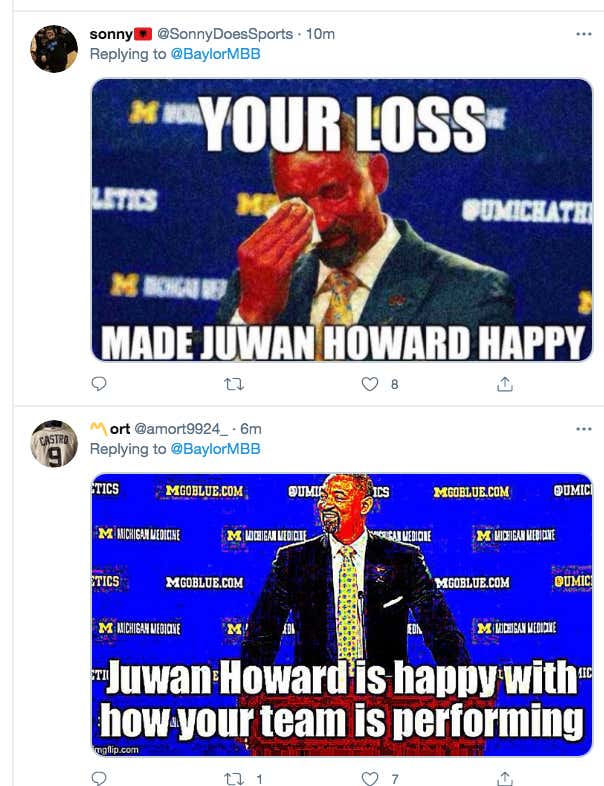 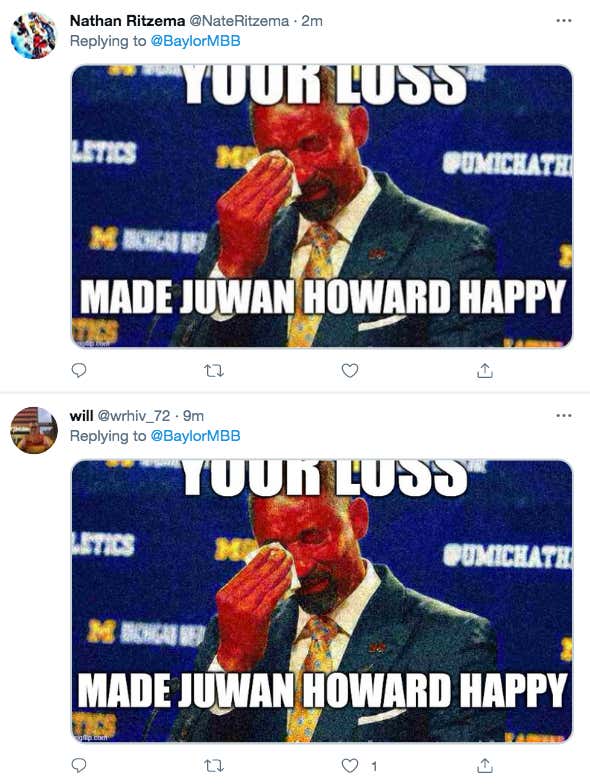 And on and on we go. I will say I gotta feel bad for Baylor's SID/media department here. They put out the standard 'final' tweet and they get bombarded with this shit. Just picture after picture of Juwan Howard crying into a meme. You just lost to Kansas and now have a more of an uphill battle for the No. 1 overall seed. Listen, Michigan, we need to talk. You guys are fucking awesome. You guys are in the same tier as Baylor and Gonzaga and have been in that tier. But, you're better than this. You're a basketball school. You don't need to flood Baylor's Twitter. Save that for Ohio State or Wisconsin or Illinois. Save it for when you finally get a win in football that matters.

I'm not necessarily shocked by this loss. I'm more shocked Kansas turned it around. They were so reliant on running this stupid lineup with McCormack and playing through him. He's gotten better, but really the development of guys like Wilson who had 14 rebounds and McCormack showing up with 20 tonight. I wouldn't stress too much Baylor. You're still a No. 1 seed. No doubt about it. Gonzaga, Michigan and Baylor are still tier 1. But now we're down for Gonzaga vs the field as undefeated. I was honestly hoping to see Gonzaga and Baylor in the NCAA Tournament undefeated. That'd be AWESOME.