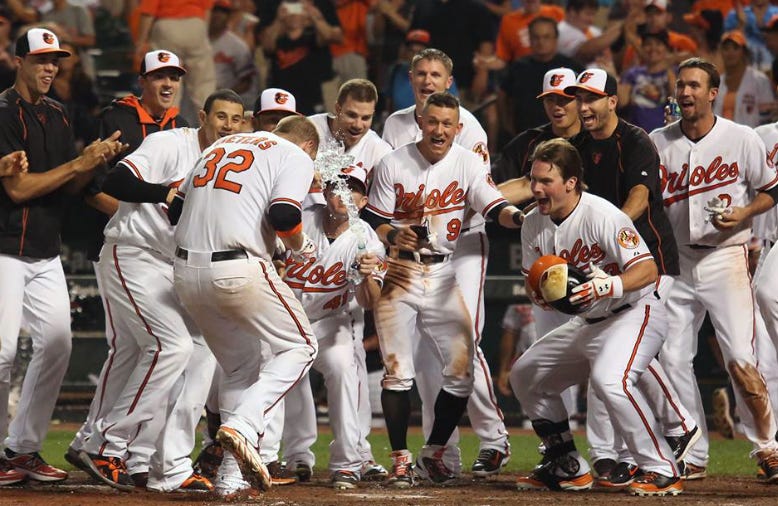 Just like I said last week, the O’s aren’t dead yet. Winners of three of the last four series and 51-50 overall, they sit 6 back in the division, and only 2 back in the Wild Card. Plenty of time left to make a run and grab this last Wild Card spot and shit who knows, maybe even catch fire and take the East.

With David Price and Tulo heading to the Blue Jays, that tightens up the A.L. East a bit. Kind of forces the other teams to make a move, which they did this morning by nabbing Gerardo Parra from the Brewers. The O’s have shown they can beat Price, as they did it 2 weeks ago, and did it in October. Plenty of time for the Yanks to start collapsing, maybe Pineda going on the DL slows them down enough for the O’s to be within striking distance. 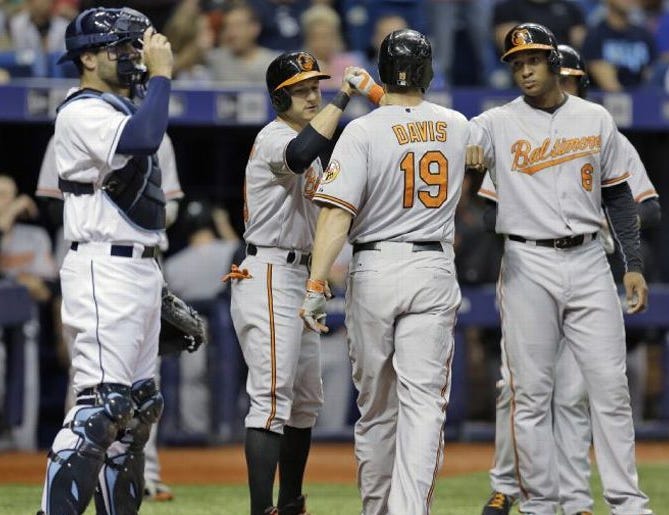 After getting embarrassed in New York, the O’s went to Tampa, took a 1 run lead into the 8th, and had one of their best relievers on the mound. It was all downhill from there, as O’Day had probably his worst outing of the year in route to a 3-1 loss. O’s then went on to win the next two against the Rays and escape that dreadful stadium with a series win. Would have been nice to get that sweep, but can’t complain about winning a series in July.

The Atlanta Braves are not a good team, everyone knows that. It was neat to see Nick Markakis back, he got a standing ovation every game, but after that it was game time. That’s why it was great the O’s swept them. Game one could have gone either way, but the O’s pulled it out thanks to a Matt Wieters walk off. The Birds handled the rest of the series winning 7-3 and then 2-0. Chris Davis was great this series- had 2 hr and 5 RBI in game 2, he’s getting hot at the right time. Sweep em up, and get em out of here. 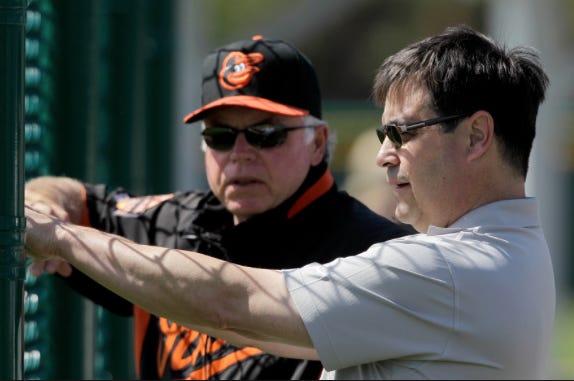 As we already know, the Orioles decided to be buyers, not sellers, at the deadline. That’s what I love to see from them. Maybe in previous years they would have rolled over, but not this year.  There were whispers that the O’s would be sellers after they were swept by New York, but their recent winning streak and the Jays making moves along with the Yankees being old and injured looks to have reversed that. The non-waiver trade deadline is today at 4 PM so there’s still time for more moves.

While I like them making moves that improves the team this, I do not want to mortgage the future. There’s no need to trade out all the prospects for anyone who will be gone in 3 months. I’d love Yoenis, but you’re crazy to think they’d move Gausman or Schoop for him. Package some younger guys together and try to make a deal for someone under team control for a few more years. I don’t want Duquette to make a trade just for the sake of making a trade. Nothing guarantees any trade would work out. We’ve got fans freaking out because nothing has been done. Like they think DD and Buck are sitting there letting all this go by them. They have a plan, just chill and let it roll. I’d rather see Dariel Alvarez come up instead of throwing together a trade package and sending too much talent away for another rental. 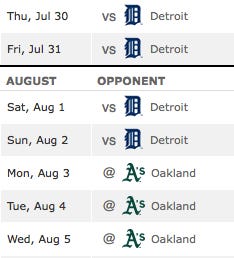 O’s lost a wild one last night to Detroit, down 7 runs twice, came back only to fall one run short. But the good news is they have three more against the Tigers who are a very bad team. Price was scheduled to go Sunday so Daniel Norris, that pitcher that came from Toronto who lives in a van down by the river will go instead. The O’s should win the final 3.

The Orioles then head out for the dreaded west coast trip. 10 o’clock starts, 1 am finishes, kill me. These are the worst. Good thing they get Oakland to start off. They’ve been terrible all year, this is another series the O’s should win on the road. Build up some momentum on this road trip before facing some better teams.

When it comes down to it, the division that the O’s won handily last year isn’t locked up, and that second Wild Card spot is up for grabs. And this is the time last year that the O’s made their move. We’ve seen flashes of what they can do, there’s no reason they can’t put together another winning streak.

And if you’re in the Frederick Area tonight, come out to the Keys game, cheer on some future Orioles, sit with me, have a beer and we can see these sweeeeet Nickelodeon uniforms. 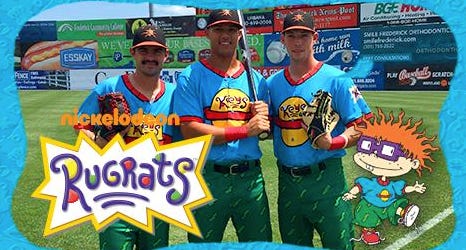