Let me set something straight right off the bat here. I grew up on ACC basketball. It's what happens when your old man went to Wake Forest and puts a basketball in your crib. If there was an ACC game on, it was on the TV and we were watching it. That got priority over any other conference. There was a time when the ACC was the absolute best conference in America and you couldn't even have a hot take about it not being that. Fast forward to this year? And, well: 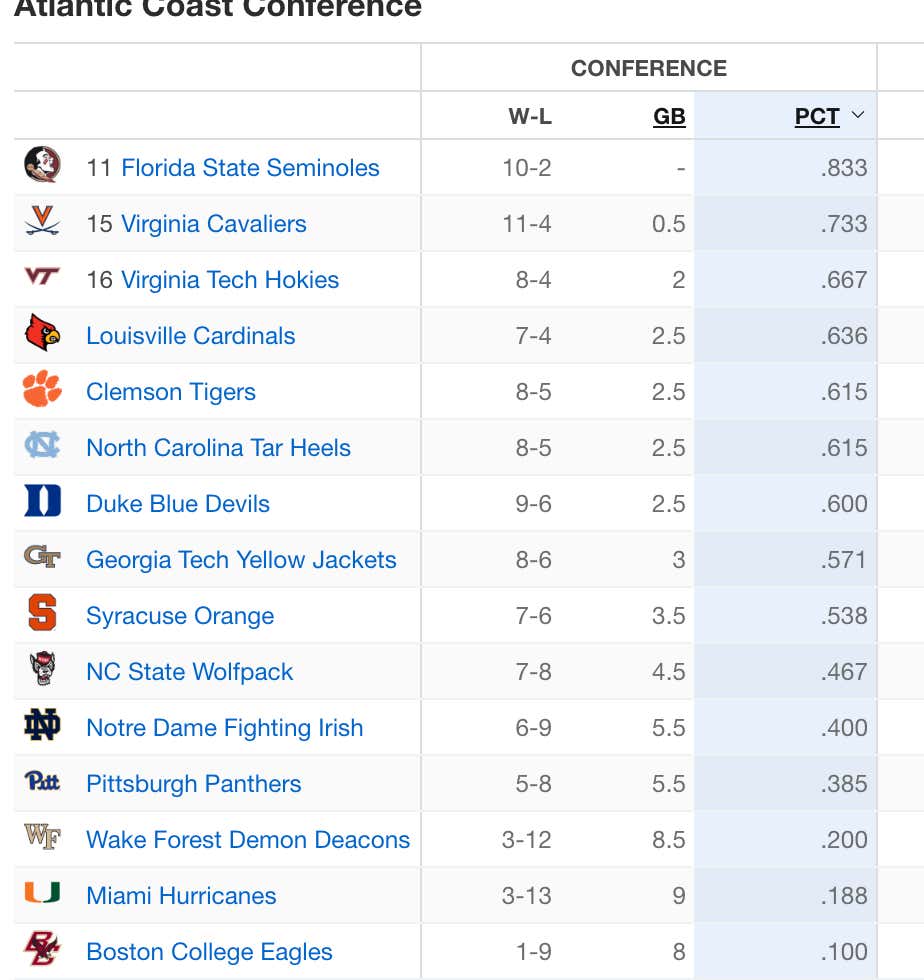 That league stinks. It's 4th on KenPom (behind the Big 10, Big 12 and SEC). It just got back to 4th in the RPI. It's 4th in the NET. You get the point. Then go read Pastner's quote again. 11 teams! Yeah Notre Dame deserves to be in the tournament, why not add NC State and Duke and Syracuse. The fact is the conference has done nothing - besides beat Kentucky. The only 'good' team in the conference is Florida State. I actually like them because Leonard Hamilton is a hell of a coach, they have the star, they have the depth and their style of play translates to March. That's the one team that has an exception here.

Virginia? What have they done? They lost again last night to NC State. They lost to Duke. Two not great losses! They don't have a quality win - they are just hanging on to the fact they beat Clemson by 35. Sounds good on paper, but remember, Clemson was coming off COVID pause. This is not a top-15 team in the country. This is not a team that would be the 2nd best team in the ACC.

Virginia Tech? Perhaps. But they are coming off pause, just lost to Georgia Tech and lost Cone. They are banking on that win against Villanova holding major weight. UNC? Just got smoked at home by a bad Marquette team. There's just a lot of average this year in the ACC and it's bizarre to see. In fact it's two years in a row of this. I have no idea why or what reason we're getting for this. UNC was down this year, UNC/Duke both down this year for sure plays a bit of a part. But the fact is the ACC sucks. Current projections have:

3, probably 4 locks, that's it. That's not ACC basketball man. It's going to be wild watching the ACC Tournament because we could get a stolen bid with the league being down. Really it's going to be huge for mid-majors/bubble teams to take advantage with a conference like the ACC being down. This is typically a 6-7 lock conference. Now they'd be lucky to get 6 teams in. Pastner saying 11 is the most outrageous statement of the college basketball season and I once said Kentucky would be just fine.