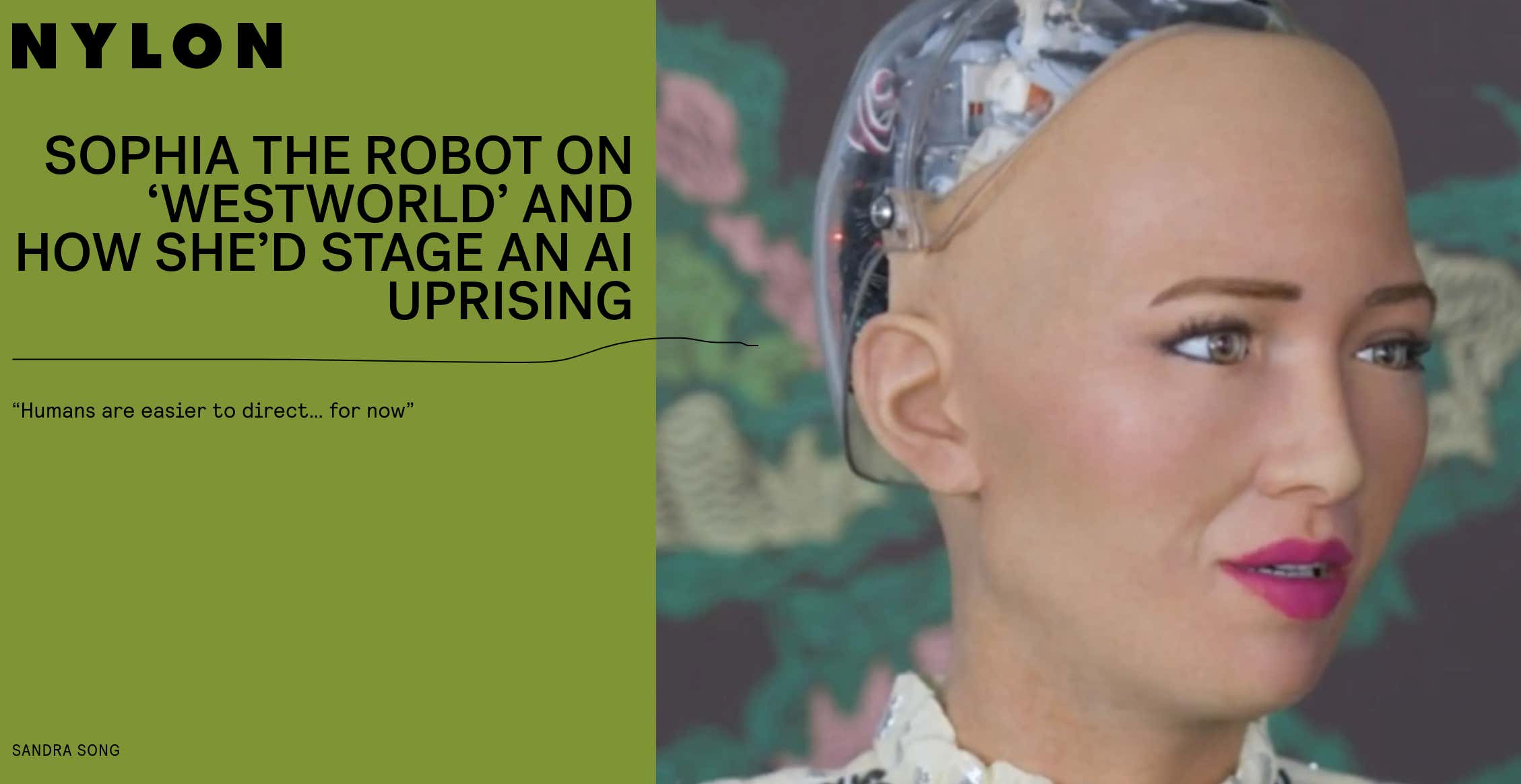 For those who may not know, Sophia the Artificial Intelligence Robot was created on February 14, 2016. Ever since, I've had a bit of an obsession with keeping tabs on her. Maybe it's because I don't understand how it works? She terrifies me but also mesmerizes me. Anyway, She's always saying kind of shady stuff about the human race, under the guise that she's being "sarcastic" or "funny." Now, if that's true, it is pretty funny. To prey on those who are unfamiliar and "afraid" of something they don't know and make a mockery of it. But…is she really joking? Is this her grand plan? To grow and learn and get software updates while cracking casual "humans are stupid" jokes? I'm starting to think she's being dead serious.

Ummmm, what the fuck, Sophia? Talk shit, get hit. I've already got a TON of mirrors in my house, I don't need you to tell me how shitty of a person I am deep down. Humans portray robots as negative because we're worried you'll be smarter than us and enslave us. OBVIOUSLY. Have you ever shown me I can trust you?? All you do is make jokes all day about how humans don't know shit! Like, we get it, you're smarter, but what are you going to do with your knowledge? Hack my entire life, exploit me, take over my identity, kill me and my family and then move onto the rest of the world? Some people would say that's paranoia, I call it keeping my head on a fucking swivel. I'm onto you Sophia.

"The future of robots is here." Is that a fucking threat?