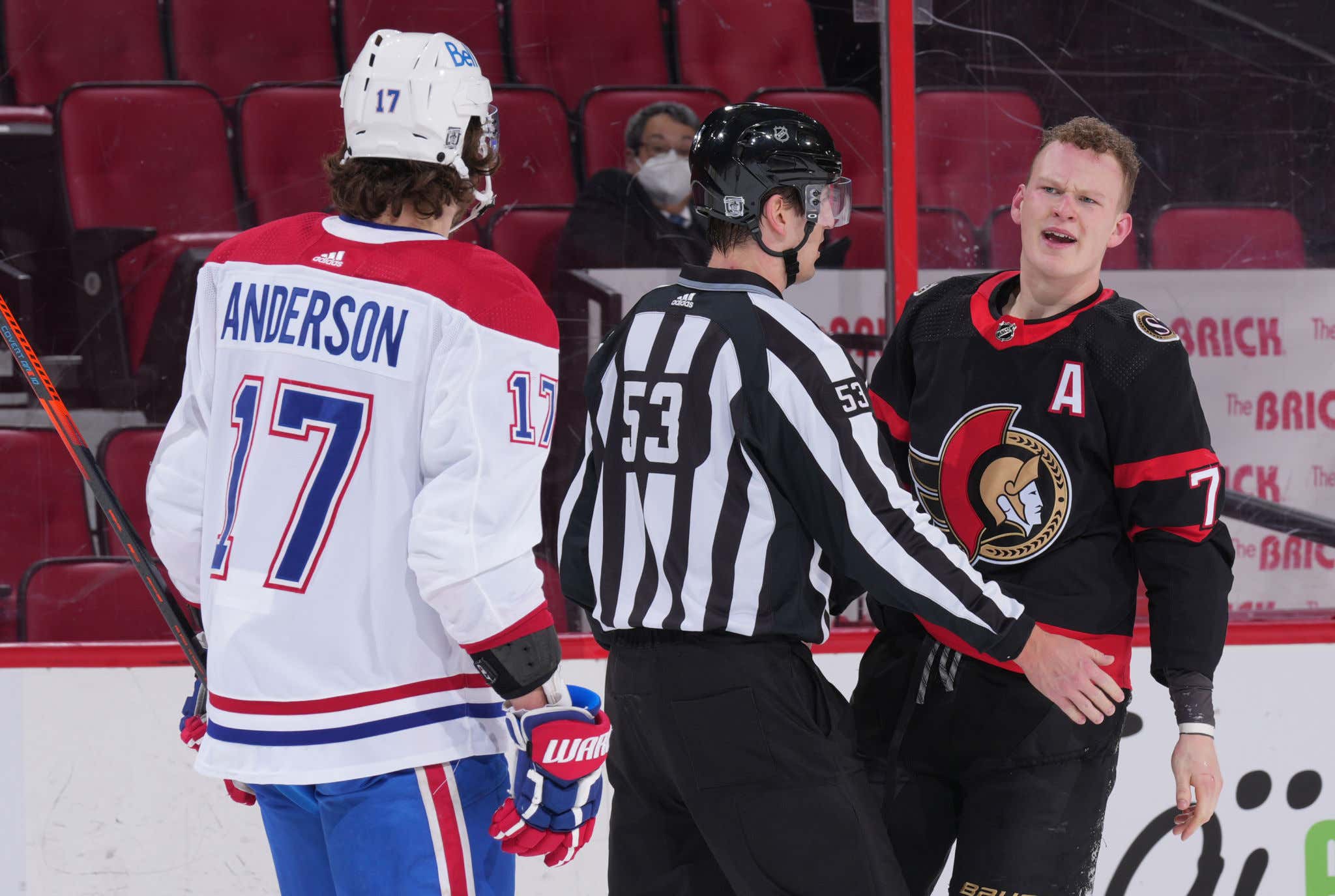 The Scotia North Division has been great for guys like Auston Matthews and Connor McDavid because nobody plays defense in that division. They've been able to put up some insane numbers through the first 20 games of the season. McJesus is operating at damn near 2 ppg, Matthews is averaging about a tuck per night.

But for guys like Ben Chiarot? The Scotia North Division is his living nightmare. Because guys like Ben Chiarot now have to deal with the Tkachuk brothers 16-18 times this season. Ben Chiarot is a dirty player who likes to get pissed off pretty easily. Which makes him the perfect target for the Tkachuk Terror Squad. So back on January 28, he had himself a scrap with Matthew as the two were battling in front of the net.

Like most Ben Chiarot fights, this one kinda sucked. The build up is always better than the actual fight itself. But that's not the point here. Because just 3.5 weeks later, Chiarot decided to make it a family affair. And last night Brady had the chance to avenge his brother's loss.

Chiarot just lost his balance here to take away any chance of this fight being memorable. But Brady still snuck a couple good shots in there. Now Chiarot just has to hope he never bumps into Big Walt in a dark alley or else he'll have his 3rd Tkachuk to square off against.

And you might be wondering if this is the first time the Tkachuk Brothers have become Eskimo Brothers as far as tilly partners go. The answer to that would be no. Blake Wheeler has already accomplished that task. He fought Brady during the regular season last year…

And then scrapped with Matthew in the qualifying round of last year's playoffs.

I'd have to imagine that by the time their careers are over, you'd be able to roster a full team of guys who have fought both Tkachuk brothers.

By the way, pretty decent game out of Brady last night. A goal, a fight, and ended up getting the front row of his teeth obliterated by Shea Weber. It might be time to update the Spittin Chiclets logo.