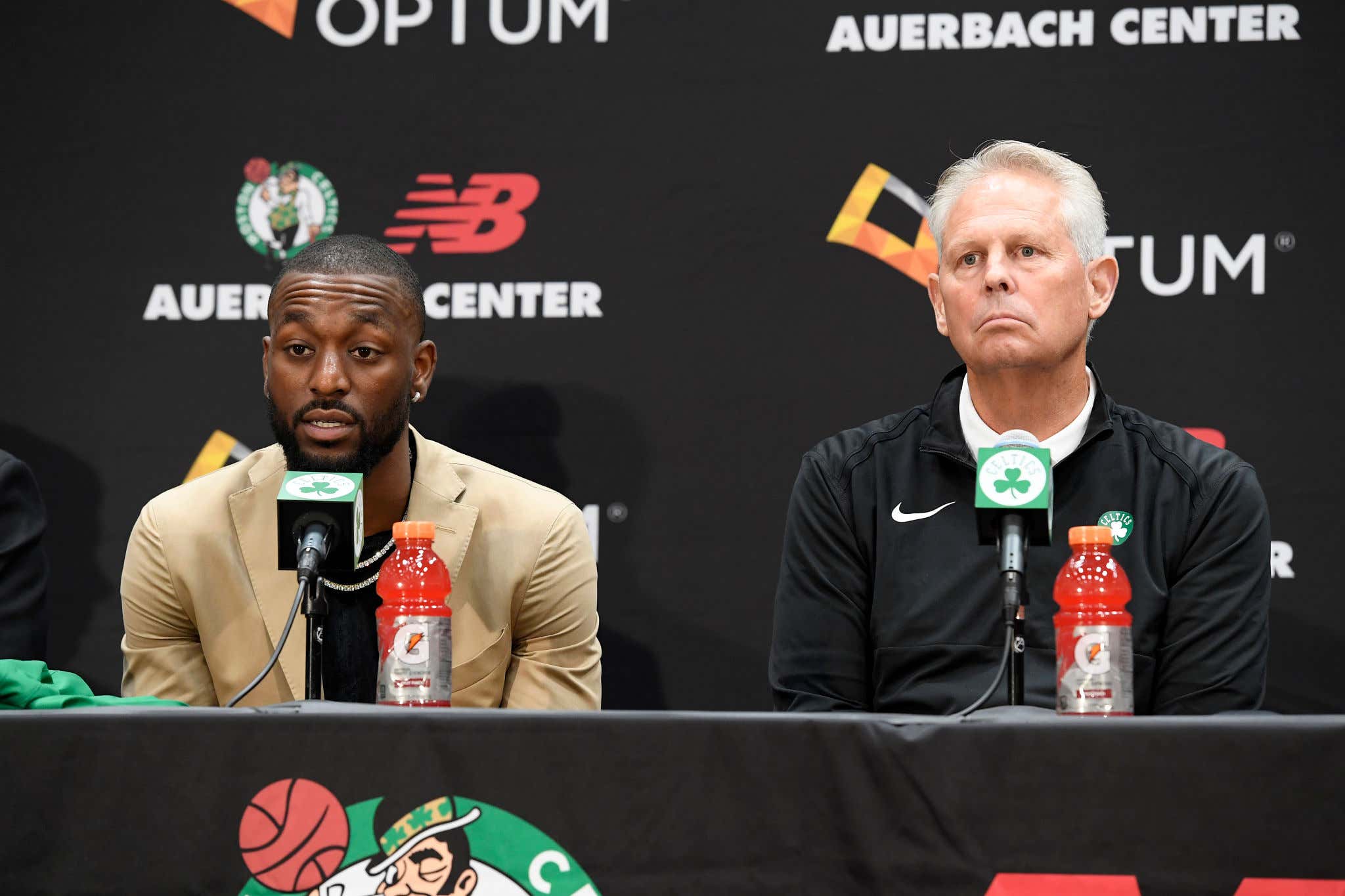 I almost didn't want to write this blog because it is so clear what this is. It's basically like clockwork. When the Celtics are losing and generally look like dogshit, there is one thing you can guarantee. The easiest way to get your name in headlines and to get some traction on the internet is to leak something negative about Danny Ainge. That's the formula and guess what, it works.

Now let me be very clear about something. When your team is 15-15 and massive underachievers in the first half, you deserve all the criticism that comes with it. If you don't like it, play better. Those who question the moves Ainge made this offseason, how he constructed the roster, all that shit is valid because the results speak for themselves. I mean the guy went on the radio and admitted he fucked up and his roster isn't good enough.

But that's not what this "report" or "leak" is about.

If you can't see through what that Bucher quote really is, allow me to help you.

1. If this happened in the offseason, and NBA GMs have been mad at Ainge all year, why didn't we hear this when the Celts started 8-3? Isn't it interesting that while they've been bad, now is the time we hear it? That's red flag #1. If it exists now and is real, why wouldn't it exist in early January? Why aren't Woj/Shams/Haynes etc reporting it if it was credible and real?

2. Think about this for a second. Every single person on the planet knew Kemba had a knee issue last year. That wasn't a secret. They sat him in the regular season! They brought him back slowly in the bubble! Then after re-injuring his knee, the Celts were public about his status and his stem cell injection/rehab plan to the point where they fucking had a press conference about it.

So, if you and I knew about the status of Kemba's knee, in some world other NBA GMs had no idea? Bucher makes it sound like other GMs are mad that Ainge tried to pull a fast one on them and move damaged goods with the idea that nobody else knew he was injured. I'm sorry…how does that make any goddamn sense?

3. Isn't it the GMs job to always look at ways to improve his roster? Isn't that what every GM in the league does? So, other GMs are mad that Ainge reportedly tried to do something that they do themselves every single day. That makes sense.

Let's not even factor in that the Celts would have to pass over any and all medical info they had on Kemba, and he would have to pass a physical. There would be no surprise for the team bringing him in. They would have made the organizational decision that trading for him was worth the risk and done their due diligence about the injury before it went through.

4. Just today, we learned that the Mavs are reportedly shopping Kristaps Porzingis. Not only a player with knee issues, but one that is currently hurt! Let me ask you, how many "reports'" have you heard that other NBA GMs are "ticked off" at the Mavs GM for trying to trade an injured player?

The answer is zero. Because that doesn't move the needle. Throwing the name Danny Ainge out there does. Pretty simple.

5. Not only that, but we've actually seen players who have health issues already get traded! But when Ainge does it, it pisses off other GMs? You can see where this logic starts to fall apart right?

Again, I cannot be more clear about this. This blog is not to say Ainge doesn't deserve criticism for his roster construction. Of course he does. This is simply about what Ric Bucher is reporting in that quote. I know writing this blog is exactly what he wants to have happen by saying shit like that, but someone has to call this shit out.

"A lot of GMs are ticked off at Danny because Danny tried like hell to move Kemba at the beginning of the year knowing Kemba's knee wasn't right. He was trying to get rid of damaged goods"

Read that shit again. GMs are mad at Ainge because he may or may not have tried to make a move with a player whose injury situation was wildly public. Why exactly would that make other GMs mad or tick them off?

But this is the game. When the Celts struggle and lose, people know it's an opportunity to throw Ainge's name out there in a negative light and it will get attention and traction. They become relevant. Even when you take a second and actually listen to what they say you can see how ridiculous it is.

You can get on Ainge for a wide variety of things as the cause of the Celts issues, but now rival GMs are mad at Ainge for doing something that is literally in the job description? That my friends is a take so bad you almost have to respect it.