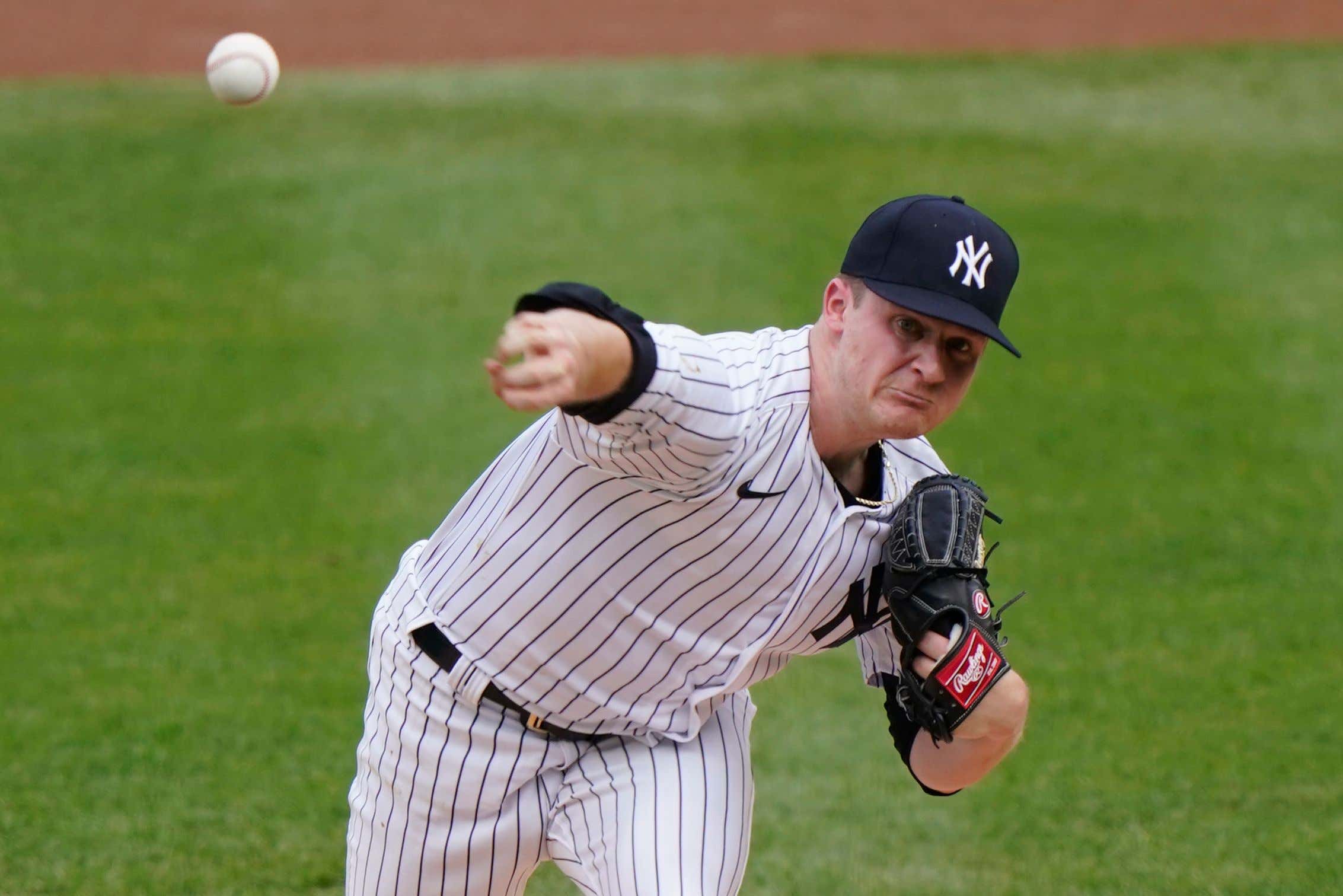 We are still a week away from March and the Yankees injuries are already happening. Shoot me in the face. Every year, without fail, this roster looks like it went to war in the Middle East by the end of spring. It's sports, I get it, injuries happen, but the Yankees don't just get hurt though. They get decimated. Every year you think it'll be different only to scroll Twitter and wanna jump off a cliff. One of the best young arms the team has, Clarke Schmidt, is the first victim of camp in 2021.

Not good at all. Boone having to come out and say this is not Tommy John just makes me wanna drive a knife down my throat. How many times have we heard that bullshit from the likes of Luis Severino or Jordan Montgomery? Too many. I would have loved to see Clarke, one of the Yankees best pitching prospects, get a full spring under his belt in big league camp. That hope is gone for 2021, but if the injury is limited to just 3-4 weeks then worse things right? The fact is, it's a long season. Sure he won't be able to fight for the final spot in the rotation out of the gate, but I'm willing to bet this team will battle through a plethora of injuries throughout the season considering Taillon and Kluber haven't really pitched in two years.

Still, a real tough break for Schmidt. All he wants is a real shot at starting for this team. He's dominated just about every level of minor league ball to get to this point. He overcame Tommy John surgery in college. He has an incredible personality along with the potential to be a front line starter in his career.

Given how poorly his MLB debut was handled by the team as he detailed to us on a recent episode, I just wanted to see him get off on the right foot in 2021 and open some eyes.

Hopefully he's back in a month and smooth sailing from that point on. Please just let this be the worst of the injury news we hear in the next month. Probably not!