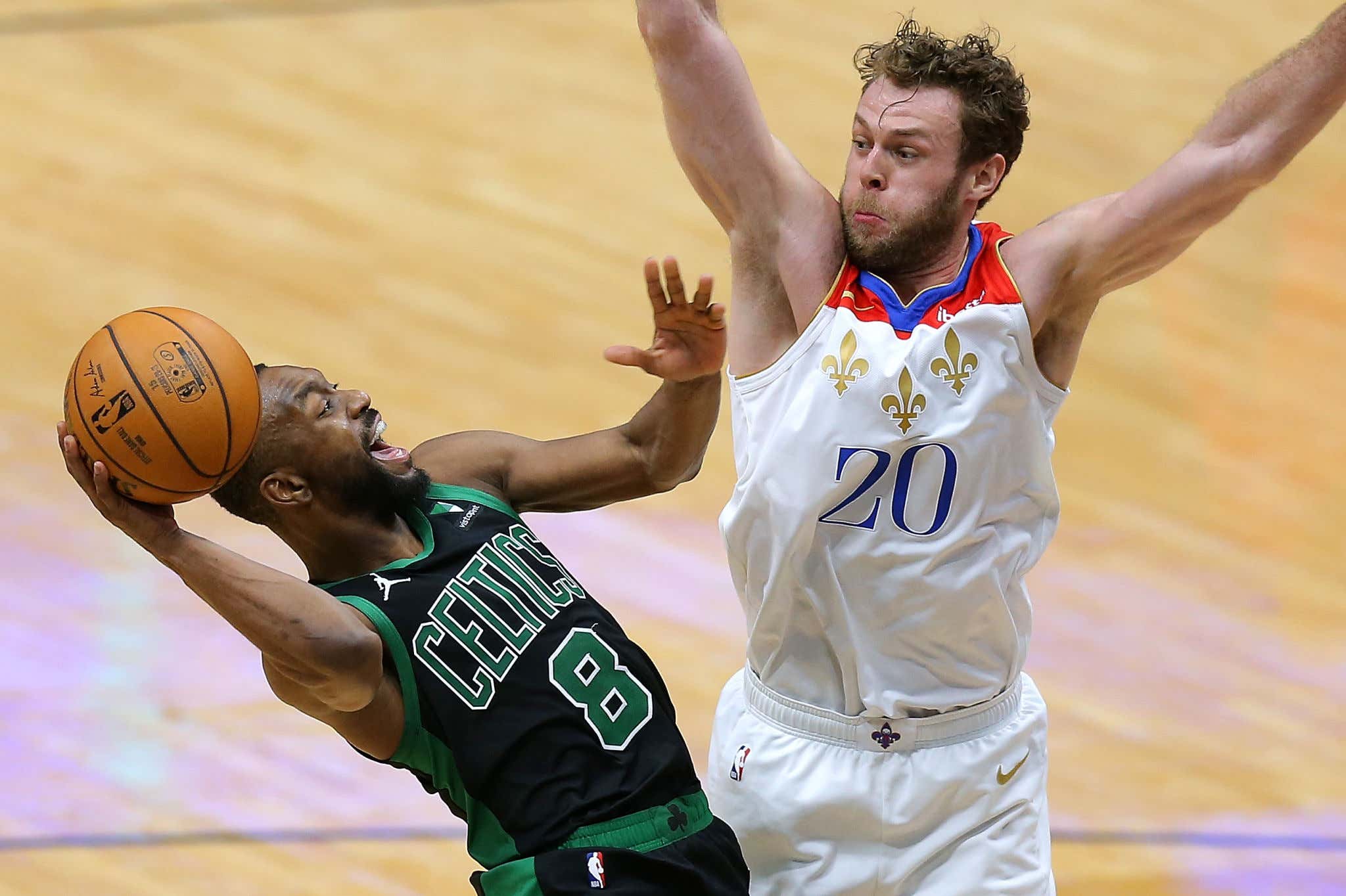 We've seen a wide variety of pathetic performances from this Celtics team through the first 30 games. The one constant though is their love for really being pathetic on Sunday afternoon games. I have two questions. First, why? Why does that keep happening? Second, who is the asshole that kept scheduling Sunday afternoon games for this team? Why does it feel like they've had by far the most of any team in the league. That seems fishy. I don't know how but I know I don't like it.

For a team that loves losing to teams with bad records more than you love your own family, not all of these embarrassing losses are created equal. For example, the disaster last Sunday against the Wizards, was inexcusable because they quit. Their best players gave no fucking effort. The loss last week to the Hawks was a little different because they were without 3 starters. What we hadn't seen them really do is blow a 20+ lead to a bad team while having their rotation players back. That's what made yesterday so maddening. We saw them pull this shit in the second game against the Hawks, but they were able to respond in the fourth. Yesterday? A complete meltdown. How else can you describe it?

It's so fucking frustrating. But that's why we blog through it. Let's go.

- Normally after blowing a 24 point lead to a 12-17 team I would skip this section entirely because when you do that shit you don't deserve praise. But look I need something positive in my life so I'm going to point out three things. First, the play of Rob Williams

We're seeing it unfold right before our eyes. Rob is turning into the big we all dreamed he would be. He's an impact player. It's not every once in a while either, it's starting to become every single time he touches the floor. You can tell he's putting things together. With him it always comes down to his health, but if he's going to be healthy then we need to see him get 25+ minutes a night. He's ready. It's not just the lobs, which are fucking awesome, but he looks so much better on the defensive end. He's more consistent. The fact that he can challenge everything at the rim and block people taking threes makes him a real defensive weapon.

I'm not saying he's untouchable, but he's getting pretty fucking close. Especially for a team that needs exactly what he brings.

- Overall I didn't think Tatum was all that good in this game. Couldn't buy a bucket. But when they needed him, he delivered

So what do we love. First and foremost I love that he didn't settle in these situations. He got to his sweet spots. There was no holding the ball and then forcing a contested shot. You can see this was where he learned from his early season game winner attempts. Especially on that second one. He could have pulled up when he got Josh Hart on his hip, but he kept going. The floater was a tough ass shot but I like the aggressiveness. Those are the moments you need your franchise player to come through. If only this team could get a goddamn stop so they wouldn't need these type of situations, but that's a different story.

Tatum was 1-6 in the fourth quarter before those plays, but came through in the biggest moments. In a game full of suck, that was at least nice to see.

- I also thought Aaron Nesmith once again looked great, the kid was active as hell in his 26 minutes

- OK that's all they get. Now to the real part of the blog

- We may as well start with how the Celts started this game. Time after time after time we see this team play a Sunday game where they refuse to play any defense. In this game it was 28 points on 57/50% for the Pelicans. I don't even care that they ended up leading after the first, it's about being ready to go and setting the tone early. Their defense was nonexistent in that quarter. This team isn't nearly good enough to keep digging themselves these early holes and think they'll just snap out of it. We all had the same feeling when the Pelicans jumped out to that 11-2 start

Sadly, it was sneaky an omen of what was to come

- You want to know how you blow 24 point leads? You refuse to score. Just 39/27% on the game for the entire team, shit was bad for pretty much everyone, especially the Celts 3 best players

That's a combined 22-68 (32%) from the floor while also shooting 7-29 (24%) from three. I don't care who you are playing, that shit is terrible. In the second half those three combined to shoot 10-27 (4-10). This was not a roster situation like we've seen in the past where the Celts had to rely offensively on guys that have no business being in the game. This was a case of their best players not being able to make a goddamn shot.

Did you know as a team the Celts were just 4-13 on wide open threes? That's bad.

This now marked the second time in three games that Jaylen has shot around 30%, and Kemba…christ. Help me help you man. Things started to look better over the last 4 games, but there's no denying that his offense was a major reason why this team fell apart. He was 1-9 in the fourth quarter and OT.

I can't defend that. Who could? Just gives us anything and the disaster loss is avoided. Go like 3-12 instead of 1-12 and we can look past it. Instead, it was another horrific shooting performance that directly impacted a loss. At the same time, Jaylen was just 2-6 over the entire second half. Tatum was 1-6 before his end of regulation buckets because he refused to do his step through move on Josh Hart once he got him on the block. Instead, he kept going to that fadeaway in huge moments. That sure was annoying.

- You want to get on Brad? Don't put your energy into shit that isn't real like motivation. Like, he motivated them to get up 24 but then stopped motivating them? No.

After Tatum made his jumper, there was a timeout. He had every opportunity to put Rob back into the game to help protect the rim. Instead, he went with Thompson. Someone who had decent success in the first half, but remember, Zion went nuts in the second. He was 9-13. That matchup was not working anymore. The thing with Thompson is he doesn't challenge shots. That's the only thing Rob fucking does, so there's no excuse for him to not be out there. Just look at how effective he was in the OT and had been all game log. I'm not sure what Brad was thinking, but that was the wrong move.

Rob played 6 second half minutes. That is not a typo. That's on Brad and the stuff he should be dragged for.

- What we are watching is one of the worst fourth quarter teams in the entire league. That's not me being dramatic, that's the reality of the situation. The Celts currently rank

once they get to the first quarter. How does that compare to the other quarters?

So as you can see, it's easily their worst quarter. That's something that hasn't really happened in the Brad era I feel like. It's not like these guys weren't around last year. In that season the Celts had the 2nd best fourth quarter offense and 7th best overall net rating. It's so bizarre, but that's what being an inconsistent team is. You don't know how to finish. This team shouldn't be blowing 13 point fourth quarter leads when their normal rotation players are active. They just shouldn't. But until they cut that shit out, they will remain inconsistent and drop winnable games against teams with bad records, which makes them a bad team.

- There were a handful of plays down the stretch that help explain what the fuck happened. It's more than just Kemba's shooting. Take Jaylen's defense on Brandon Ingram late in this game. First, he got cooked on back to back possessions late. Then, in OT, he had this play

He fucked up by overhelping on Zion. Theis was right there, he was in position. There was no need for him to leave the Pelicans best shooter open like that, and of course you knew Ingram was going to make the bucket. That's the defensive mental mistakes we can't be having from our franchise guy. You could tell he knew it right away too.

Then in the closing moments of the OT down 3 with about 25 seconds left, we had the Kemba transition three. I'm sorry, but I don't need him taking that shot. That's why Jayson Tatum exists. Ingram scored with 34 seconds left, Kemba took that three with 24. Not only was he not the one you want taking that shot given how his day went, but he also rushed it and took it pretty early. There was plenty of time to get Tatum a look.

- That lane violation that ended up being a jump ball which led to the Ingram three was a tough break. Big difference being down 1 with 50 seconds left and 3 with 34 seconds left. With that, the Redick ejection, things were not the best for the officiating crew.

- So when you can't shoot or score (45 points in the second half), and then refuse to defend (61 points on 52%), that is how you blow a 24 point lead. They did it in 1.5 quarters which is truly impressive but not in a good way obviously. Pathetic is probably the word I should have went with there.

A game like this is on everyone. The best players, the coach, Ainge, all of em. It's why we simply cannot trust this team at any moment, no matter how much they may be up by. They have to earn that trust and right now they keep going the other way. It's extremely frustrating because we see how good they can be when they get their shit together.

The problem is they can't keep their shit together for more than 1 game. Other teams are figuring it out, BKN looks great, the Raptors are back after their 2-8 start, the Bucks had a skid but won last night. The one constant continues to be the Celtics inconsistency, and they are just flat out not good right now. Not debateable.