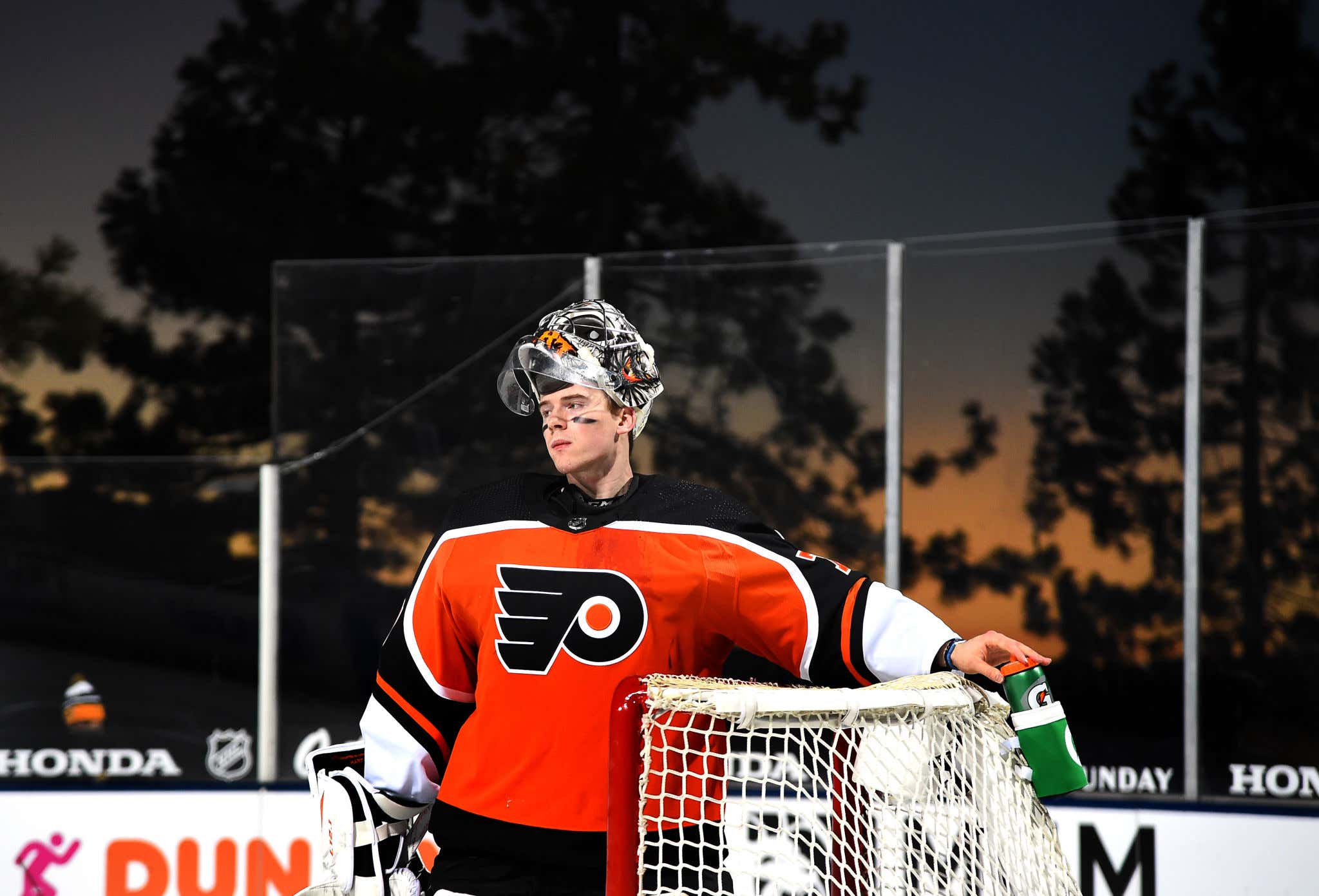 The Philadelphia Flyers got their dicks kicked allllllll the way in last night by the Boston Bruins in Lake Tahoe. Sure, the expectations were already low for this team given the fact that they were missing half of their actually good players. The Flyers already have a tough time playing against the B's and it sure as shit wasn't gonna be any easier without Giroux, Voracek or Konecny. But holy fuck did that 2nd period meltdown feel like taking repeated shots to the genitalia.

Because let's hop in the time machine real quick and go back to the 2009-2010 season. Care to remember what happened that season? I'll tell ya--

The Flyers and Bruins faced each other in an outdoor game. The Boston Bruins came out victorious after Marco Sturm's overtime goal. And then just a few short months later, the Philadelphia Flyers were playing for Lord Stanley's Cup in the Final. Granted, they lost that series to the Blackhawks but whatever that's besides the point. The fact of the matter is that they used that outdoor loss to catapult them to greatness and be one of the only two teams still standing at the end of the season.

History often repeats itself. Just read a history book one time for me. They're filled with some different names and take place in some different places, but they all tend to tell the same exact story. Rise, fall, conquer, defeat. You try to learn from mistakes made in the past but it inevitably repeats itself.

So did the Flyers have it in their mind last night that a loss was going to be the best outcome possible for them in the long-term? Probably not. I think they were actually trying. But am I pretty dang happy they got their dicks kicked in now that I've had a night to sleep on it and realize that a regular season win doesn't mean shit compared to making it to the final? You're goddamn right I am. The Flyers are going to the Final and there ain't shit you guys can do about it. Just buckle up and enjoy the ride.

In fact, he hasn't really looked great at all this season. He's had some good moments but for the most part, he's been solid at best and downright terrible at worst. But the kid is still just 22 years old. You can be worried for him as far as this season goes, but there is quite literally zero reason to panic for Carter Hart's ability as the long-term netminder here in Philadelphia. Take Carey Price for example. Probably the best goalie in this generation of NHL goaltenders. His 2nd year in the league as a 22-year-old wasn't great.

A 2.83 GAA and a 0.905 sv% in the 2008-09 season. Perfectly fine for a 22-year-old goalie in the NHL, but not great for an elite caliber goalie. You think Montreal should have been worried about him then? You think they should have started to think about the backup plan just in case he didn't work out? Because fast forward to the 2014-15 season and Carey Price is your Hart and Vezina Trophy winner with a 1.96 GAA and a 0.933 sv%. Moral of the story is that Carter Hart is young, he's having a rough go at it this season, but there is literally zero reason to be worried about him in the long term.

Also, the Flyers rode Michael Leighton to the Cup Final in 2010. So as long as Carter Hart can be as good or better than Leighton, this team is still going to the Final. Write it down in pen, bitches.